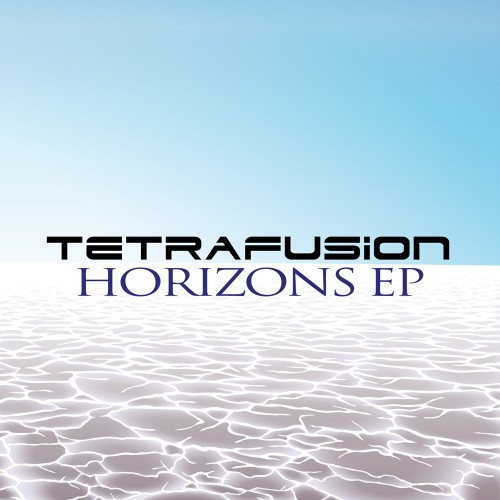 (groverXIII rejoins us with a review of the new EP from Louisiana’s Tetrafusion.)

I’m about to drop some knowledge, son. ACT LIKE YA HEARD.

OK, actually, this post is about a sweet free EP from a band called Tetrafusion, because I can’t stop fucking listening to it. Post begins . . . now.

The band I am about to tell you about goes against the very nature of this site.

Tetrafusion, a progressive/technical rock/metal band hailing from Shreveport, Louisiana, have clean vocals. In fact, they have exclusively clean vocals, with nary a guttural, shout, shriek, scream, or grunt to be found.

So, you may be wondering, why am I posting about them here? Well, my friends, Horizons (Tetrafusion’s recently-released EP, available for free and produced by Jamie King of Between The Buried And Me/The Human Abstract/Last Chance To Reason/White Arms Of Athena production fame) is fucking amazing, plain and simple. 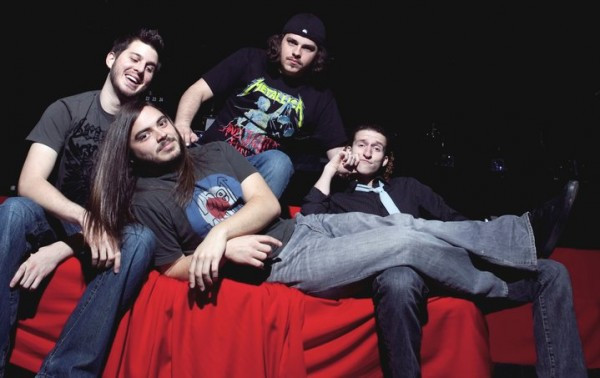 It starts with ‘Aerosolus’, an intro track of distorted radio sounds and a voice asking, “Can anybody hear me? Are these messages coming through? If you’re listening to this then we have reached the other side.” This leads directly into ‘Impetus’, a song which echoes those words in its lyrics amid some intricate, Dream Theater-by-way-of-Cynic-by-way-of-Tool riffing. The vocals of singer/keyboardist Gary Tubbs are commanding, soaring, and powerful, accented by the backing vocals of guitarist Brooks Tarkington, as he sings about the “many worlds left to be discovered”. Tarkington’s guitar duels with the fantastic basswork of Mark Mitchell, as both instruments weave their complex patterns around the versatile drumming of J.C. Bryant.

‘Aerosolus’ leads directly into the following track, ‘Styrofoam Breath’, a song shaped by acoustic guitar and more lush vocals, ending with a circus-y sing-song section that would be right at home on a BTBAM album but at the same time doesn’t feel forced.

From there, the album flows immediately into ‘Cloudless’, a track filled with thumping bass, technical riffing, and some rather brilliant guitar leads, bookended by Tubbs’ fantastic singing. ‘Cloudless’ continues straight on into ‘Spider Silk’ with an uplifting melodic guitar/keyboard lead, followed by scads of technical riffing and drumming. ‘Cloudless’, of course, carries on to ‘No One Sleeps’, which features a more bellow, bass-oriented approach before launching into some vaguely Cynic-esque structures, complete with a vocoder section. 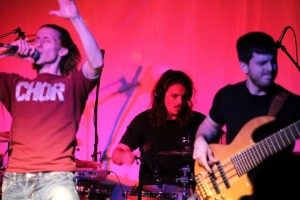 From here, we reach the conclusion of the album, ‘Look Away (Pt. 1)’ and ‘Look Away (Pt. 2)’. The first track is composed of piano and Tubbs’ emotion-laden voice, with some strings for emphasis, while the second part covers the same melodies and themes, only with the entire band participating. Both tracks are short, under three minutes apiece, with part 2 ending rather abruptly.

It’s a heady listen, clocking in at just a hair over a half hour but densely-packed and covering a lot of ground. The short run-time actually does Horizons a bit of a favor, keeping things memorable and preventing the band’s technicality from overstaying its welcome. King’s production is perfectly suited to the album’s sound, with the bass nicely audible in the mix (a must for a band with a bassist this talented). Prior to receiving the email about the release of Horizons, I had not heard of Tetrafusion, but discovered just recently that the band have two previous releases, 2009’s Altered State and 2008’s Absolute Zero, and you can bet that I am checking them out.

Oh, did I mention that Horizons is free? You can stream and acquire the whole damn thing from Bandcamp for absolutely nothing. Not a bad deal, especially considering just how good this EP is. See, sometimes some clean vocals aren’t that bad!