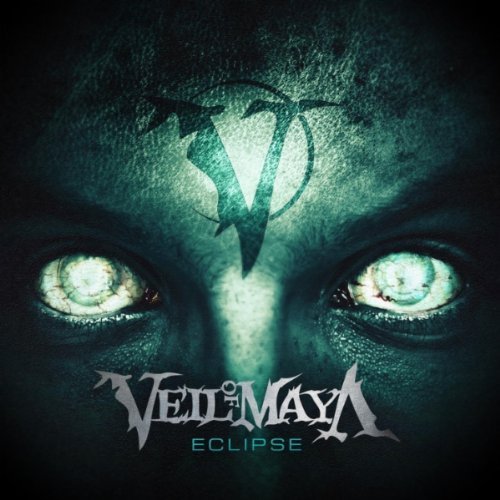 (Here we have TheMadIsraeli overcoming the hypnotic effect of those glowing green eyes and reviewing the new album by Chicago’s Veil of Maya.)

You guys have seen me talk about something called djeathcore a lot here at NCS.  It mixes the deathcore brawn with the djent sense of groove and ambience, and in some cases it exhibits aspects of melodic death metal, although in the last two years this has declined.  Veil Of Maya are undoubtedly the originators of the djeathcore concept, mixing technical, melodic riffing, deathcore chaos, and Meshuggah-like mind-fuckery.

My stance on this band has always been a very mixed one.  Their debut All Thing Set Aside was only okay.  I couldn’t even say it showed promise.  This is what made their next album, The Common Man’s Collapse, such a surprise and a revelation.  Out of the gate, the album mounted a compelling assault with vicious beat downs and intricate interweaving of melody and dissonance, and plenty of transitions to keep it interesting.

Then came the band’s third album [id]. It suffered from a bad mix, incoherent and directionless songwriting, and a patronizing length of 29 minutes (for full album price).  It seemed to me (and to others who are in my camp, although I can’t say how many they are) that VOM officially fell off the wagon already, killing their own promise before it became manifest.

The subject of today’s discussion is the band’s new offering, Eclipse — Veil Of Maya’s best work to date.  The problem of the mix is fixed (brought to you by Misha Mansoor of Periphery fame), the band has returned to their roots, and their songwriting has improved dramatically.  My only complaint is that the length is one minute shorter than [id]‘s 29 minutes, but this time it’s a small complaint in the face of all that’s good about the album. 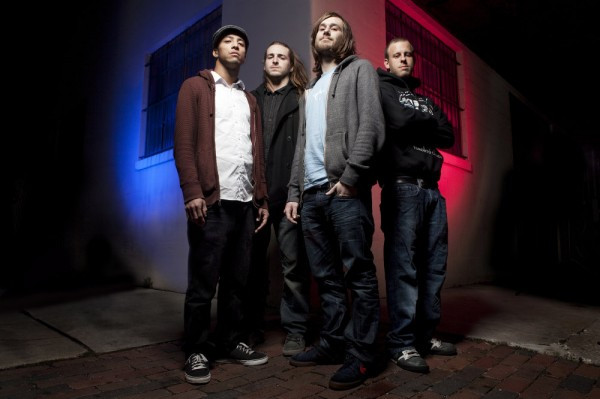 Eclipse has two speeds: (i) relentlessly fast and blast-filled, and (ii) groovy-as-fuck, with them djents and shit.  Songs such as “Divide Paths” and “Vicious Circles” have their groove moments, but for the most part the music inflicts trauma through brutal chord chugs, melodic riffing of the intricate sort that Mark Okubo consistently offers, and badass drumming that complements the rest of the band interplay.  Many of the best moments come when drummer Sam Applebaum turns a previous section on its head by shifting the feel to what seems like an entirely different tempo under an unchanging guitar assault.  “Divide Paths” is the best example of this, with a verse that gets completely switched around halfway through.

But while Veil Of Maya shines in these moments, they shine even brighter when the groove takes center stage on songs such as “Punisher” and “The Glass Slide”.  The propulsive feel of both of these songs is undeniable, and both feature catchy-as-fuck riffing.  These songs are two of the best this band has ever written.  But they still don’t exhaust the album’s strengths, what with the presence of experiments such as the borderline-metalcore “Winter Is Coming Soon”, with its uncharacteristically uplifting mood, and the djent-thrash workout of “Numerical Scheme”.

Eclipse is definitely Veil Of Maya at their peak, at least to this point.  I certainly hope they keep this up.  By the way, I strongly advise against listening to this while driving, lest you feel a compulsion to destroy all traffic surrounding you.

EDITOR’S NOTE: Sumerian Records will release Eclipse on February 28. “Vicious Circles” is already available on iTunes, and you can hear it below. VOM have nearly completed a North American tour with In Flames and Trivium, but they’ll be on the road again beginning in March with performances in Japan, Australia, the UK, Europe, and Russia. That European tour will include support from Vildhjarta, Betraying The Martyrs, Volumes, and Structures. VOM’s tour schedule can be found here.