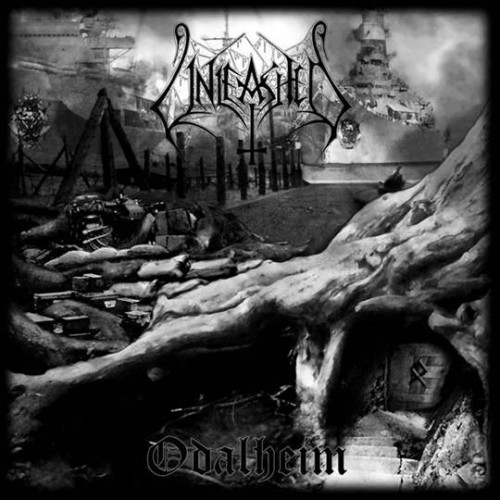 I swear, this was completely coincidental, just a pleasing serendipity (or synchronicity, or both): Yesterday afternoon I got press releases about three bands whose new albums I’m interested in hearing, and the names of all three bands begin with U. So, in this post I’ve collected (i) album art and other details about the next album from Unleashed (Sweden); a new song from Unsane (NYC); and a new video teaser from Ufomammut (Italy). Plus, I’m throwing in some additional music from two of these bands.

By the way, The Used also released a new single yesterday, but U know I ain’t goin’ there.

Can you believe that this band is about to release their 11th studio album? Not many extreme metal bands have had careers spanning such a length of time, and fewer still are capable of continuing to generate interest in what they’re doing. Conceptually, the new Unleashed album — Odalheim — will continue to tell the story from Norse mythology about the end of the world (Ragnarök) and what comes next.

The album art, which you can see above, was created by Sebastian Ramstedt. According to Unleashed vocalist/bassist Johnny Hedlund, it depicts the new world (Odalheim) built by the warriors who survived Ragnarök, shown “at the break of dawn at the Birka shores, and just before the attack of White Christ.”

I didn’t know there was a White Christ in Norse mythology. But there was certainly a period in which Christianity began spreading to Viking lands, eventually succeeding in killing off long-held “pagan” beliefs. I suppose this may be what Hedlund refers to as “the attack of White Christ”. For more background, check out this very interesting article I found on the subject (which discusses the meaning of the phrase “White Christ”).

In addition to the artwork, yesterday’s news brought the track list from Odalheim:

I swear by Red Thórr, I’m looking forward to hearing Odalheim. The album will be released on April 20 (Europe) and April 24, 2012 (North America) by Nuclear Blast. Here’s the title track from the band’s last album, As Yggdrasil Trembles: 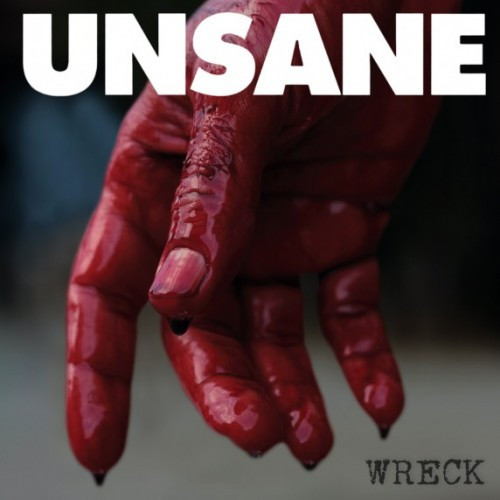 New York’s Unsane is another band who’ve been around a loooooong time. In fact, they’re celebrating their 20th anniversary with the release of their 7th studio album, Wreck, which will be out March 20 on Alternative Tentacles. Pitchfork has already premiered one song from the album — “No Chance” — and yesterday Decibel premiered a second one called “Ghost” (here). The song stream at Decibel comes with some interesting remembrances of past Unsane shows in Seattle.

Based on this song, it doesn’t sound like Unsane have lost any of their starving-attack-dog mentality or their ability to set the frenzy loose in a mosh pit. Speaking of which, they’ll be touring with Melvins in April and May, and the dates can be found via that Decibel link above.

This band is a relatively new discovery for me. I had heard nothing until sometime early last year when I heard a few tracks from their last two albums, Eve (2010) and Idolum (2008). The music was outside the style of my usual listening preferences, but man was it heavy, and interesting.

I still can’t say that I’m an expert on their discography. I can say that their new album is one I want to hear. It’s called Oro: Opus Primum and it will be released by Neurot on April 17. There’s no music from the album streaming yet, but yesterday the band uploaded a strange teaser video with footage filmed during their recording sessions in Rome.

The video proceeds one instrument at a time, and then at the end unites them in a two-minute glimpse of what the album holds in store; if you get impatient to hear that, skip to 7:30. Because we don’t actually get a full song out of this video, I thought I’d include one I like a lot from the Idolum album right after the vid. It’s called “Stardog”.

So, there you have it — three Underground bands whose music is Utterly different from each other but whose new albums, in my opinion, will Unquestionably be worth investigating.