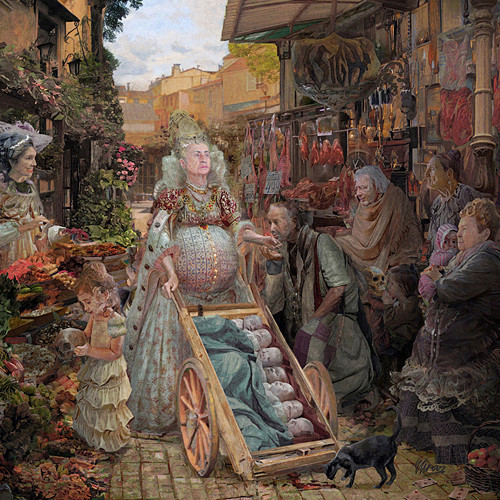 (groverXIII reviews the new album from Japan’s Sigh, which will be released in North America on March 13 by Candlelight Records. The cover art is by Eliran Kantor.)

I’ve been meaning to go back further, as I understand that they really started to experiment with their sound fairly early on, but I have too much music to listen to as it is. What I have heard, I have greatly enjoyed, and the three albums that I’ve listened to previously have all had their own interesting sounds, from the eclectic jazz-and-power-metal-influenced Gallows Gallery to the orchestral thrash of Hangman’s Hymn to the all-out orchestral insanity of Scenes From Hell.

Considering how different all of those albums are in relation to one another, I had no idea what to expect from In Somniphobia, but I suspected it was still going to be pretty fucking good. And I was not disappointed.

My biggest concern for In Somniphobia was the production. Scenes From Hell was a great album filled with real symphonic instrumentation, but it was hamstrung by an awful mix, where everything was compressed and flattened all to hell. It was still a well-written, interesting album, but what should have been an open, dynamic album instead felt somewhat lifeless. Thankfully, In Somniphobia does not suffer from the same problem. The mix isn’t perfect, sure, but it’s still a major improvement, and the album is that much the better for it. 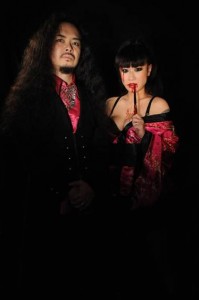 In Somniphobia is, stylistically, a mix of the previous three albums, but it draws the closest comparison to Gallows Gallery. The orchestral elements are there in places, but they’ve been scaled back a great deal in favor of more horns and Hammond-esque keyboards, lending the album a very jazzy feel that is augmented by the songwriting. The album’s song titles deal a great deal with sleep and nightmares, and the music fits this theme perfectly, with a number of extraordinarily odd and, dare I say, nightmarish interludes. There are a myriad of samples, electronic noises, voice effects, and creepy laughs scattered throughout the album, filling some of the gaps between songs and generally contributing to the album’s fever-dream atmosphere. It’s like the soundtrack to those times when you wake up, sweaty and disoriented, and for several moments you’re not entirely sure if you’re awake or still asleep.

All of this is stretched over the basic frame of black metal, but it’s like that frame has been left out in the sun and the rain over a period of time, causing it to warp into something else and rendering it nearly unrecognizable. There are almost no blast beats, and there is very little tremolo picking; most of the blackness comes from the rasp of frontman/mastermind Mirai Kawashima, with the most blackened song not coming until most of the way through the album (on ‘Amongst The Phantoms Of Abandoned Tumbrils’, a song that would have fit right in on Scenes From Hell with its heavy orchestral component). This is a very jazz-oriented album, but there are also Indian influences (‘L’excommunication a Minuit’, ‘Far Beneath The In-Between’), electronic moments (‘Ending Theme: Continuum’), Ennio Morricone-ish Western melodies (created mainly by the backing vocals and later, a whistle of some sort on ‘The Transfiguration Fear’), Latin guitar (‘Equale I) Prelude II) Fugato III) Coda’), and even a blackened lounge song (‘Amnesia’). 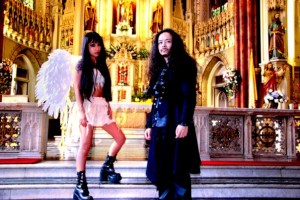 This is all in addition to a number of excellent guitar (and saxophone) solos, galloping riffs, and thrashy rhythms. This is a decidedly varied album, but it doesn’t lose the listener even through its longer, more meandering songs. The songcrafting skills that Sigh have displayed on their previous albums are on full-display here, creating a musical journey through a nightmare dreamscape unlike anything I have heard before, winding a path through a dizzying and unfamiliar realm of sound. It’s not always an easy listen, but it is definitely a rewarding one, and a worthy addition to a respected band’s discography.

6 Responses to “SIGH: “IN SOMNIPHOBIA””