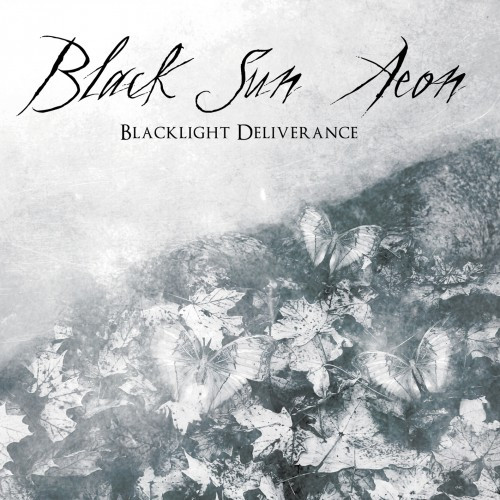 (DemiGodRaven reviews the new album by Finland’s Black Sun Aeon. This is the first of two different reviews of this album that we’re publishing today. Check out the second one here.)

Projects featuring Tuomas Saukkonen have a pretty bad habit of coming out of nowhere to little or no fanfare, only to be found later and leave people wondering why they hadn’t noticed it when it was first released. Such is the case with Blacklight Deliverance, which saw release in late 2011. Black Sun Aeon is now three albums deep, yet it seems that very few people have noticed them.

Tuomas is one of those people who seem to involve themselves in an almost infinite number of projects. Whenever some new band pops up, I half-jokingly wonder to myself if either he, Christian Älvestam, or Ripper Owens is involved in it, one way or another. Those guys have basically become the Samuel L ‘Motherfucking’ Jackson’s of heavy metal. They’re not going to limit themselves to any one project and instead have chosen to just never turn down any work. Between Dawn Of Solace, Before The Dawn, and now Black Sun Aeon, there is a vast amount of material featuring Tuomas — and those are just the three I’ve named off the top of my head.

Black Sun Aeon’s last release, Routa (2010) (also my jumping-on point), was an album that had a lot of potential but also some flaws. It seemed like maybe Tuomas was spreading himself a little thin with this project. Even though he had a friend along for the ride who contributed a large amount of the work, it still found itself in the shadows of both its own genre and Tuomas’ other, more mainstream band Before The Dawn. The melodic doom that it did tease at was enough to keep some people (including myself) eager to hear a follow up, and on the new album, the group have definitely delivered.

Blacklight Deliverance is certainly more Black Sun Aeon, but this time it shares a lot more in common with groups such as Swallow The Sun and October Tide than one might initially expect. However, it seems as though they still haven’t completely shaken the flaws that marred Routa for me and other people. 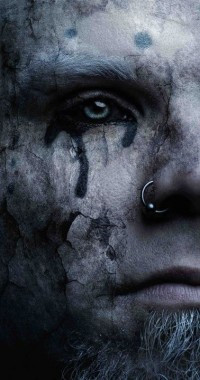 Blacklight Deliverance is at first glance a much shorter album than the group’s previous releases, with a suspicious seven tracks and no more. Each song, however, is about five and a half minutes in length, with the final one clocking in at a little over seven. You’ll get about forty minutes of Finnish Doom here, so it turns out to be pretty standard length for what passes for a CD these days. However, there have been a few times when I’ve been listening to the disc and not even noticed that it was over, so maybe the guys in Black Sun Aeon have caught onto something that succeeds in bypassing my musical ADD. (I can love a disc to death and still find myself checking what song I am on around track six.)

While I can’t out of fairness directly compare this to Swallow The Sun’s latest, I can say that sometimes this disc feels like a much lighter and faster version of October Tide’s A Thin Shell. Lead-off song “Brothers” also has a catchy opening guitar riff that might make people think this is Before The Dawn minus their clean vocalist — until the song slows down. Then they’ll catch on that this is a new project.

One of the things I do want to highlight about Blacklight Deliverance is its usage of female vocals. They pop up in quite a few places, even carrying songs in full form with some minor growl work in the background. It actually reminded me a lot of Ava Inferi’s Onyx, so much so that I had to do a double-take to make sure I wasn’t working off of some sort of goofy promo copy that had mixed things up.

Speaking of that kind of confusion, you’ll probably have noticed by now something that tends to bother me about Black Sun Aeon: Every time I talk about the band, I find myself saying something along the lines of, “It’s enjoyable but it will remind you a lot of such and such”. I’m not saying that Black Sun Aeon are creatively bankrupt in any sense, because the guitar work on Blacklight Deliverance is very strong, with some of the best melody work I have heard in a long time — but goddamn, I wish this band would distinguish itself more.

It’s difficult these days to be just a good band, when so many other groups are equally good. Black Sun Aeon don’t really need to break the conventions of doom in order to stick out, but it seems that along with all the great guitar leads and melodies that the band have cooked up, there are just as many workmanlike sections that fail to build the atmosphere for which they are so clearly aiming. A song like “Horizon”, for instance, just crawls along for most of its five-minute run time before it finally becomes really interesting. You could probably sub out Tuomas’ vocal work on that song and hand them to someone like Nick Holmes and have a pretty solid Faith Divides Us-era Paradise Lost B-side.

Blacklight Deliverance sounds cold, which I do think is excellent. Some very earthy bass tones on this album help bring out the low end, but this is one of those discs where a glance at the cover art will tell you how the album will sound instrumentally. Cymbals seem to wash out very quickly in this mix in favor of having the double-bass pedal just hammer away whenever it gets the chance. The whole drum section is on the same level as the keyboards, which lay behind the guitars. On much of the album, the band try to build atmosphere through their composition, which is pretty hit and miss, but the way the music is mixed does a decent job of at least letting you know what you have your hands.

One of the elements that doesn’t fit as well as it should is Mr. Saukkonen’s vocal work. He is a capable vocalist, but I’ve never considered him to be dynamic. He’s always had a very solid mid-range growl, but it doesn’t seem to go up or down much, causing to him to sound flat at times. Maybe that is why female vocals and clean singing are spread throughout so much of Blacklight Deliverance. Tuomas certainly doesn’t put on a shit-show in any respect; he’s carrying the songs just fine, but I think that the other vocal parts serve as an almost tacit admission that maybe his specific brand of growling isn’t as dynamic as it should be for music of this style.

If you do make time to give a listen, you’ll definitely find something to enjoy. I highly recommend the first triplet of “Brothers”, “Solitude”, and “Sheol”, because that is where the album seems to be its hugest and most experimental, with varying vocal types and heavy orchestral work. But things tend to drag around the time when Black Sun Aeon try to be more traditional with “Horizon” and “Wasteland”. “Nightfall” is a good closer, and at seven minutes definitely fits the melodic doom archetype, and with some good acoustic work in the opening, it might grab your ears. But the inconsistency is frustrating, and therefore it’s difficult for me to recommend the album as a whole.

And so we find ourselves closing the book on another chapter of Black Sun Aeon. The group are once again in the flux of a lineup shift, much like Before The Dawn, so it is difficult to tell what future the band may have. They’ve proven themselves capable of putting out works that consistently rank as good to great in some aspects, but overall I can understand why some people forget they exist. They’re a quick fix for genre hounds, but Blacklight Deliverance doesn’t really deliver (heyo!) a truly lasting experience.