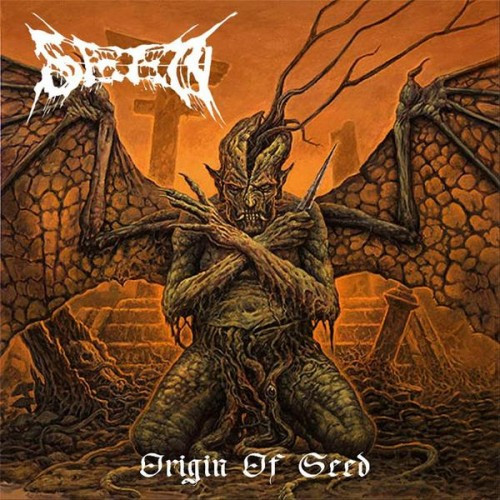 You didn’t ask, but I’ll tell you anyway: I woke up this morning at the obscene hour of 3:30 a.m. and couldn’t go back to sleep. Unfortunately, this happens to me frequently, but it really chaps my ass when it happens on a Sunday morning.

So I got out of bed, made a pot of black, sludgy coffee strong enough to wake the dead, and decided to catch up on recent NCS e-mails that I’d either neglected or overlooked. And then my sleep-deprived brain had the idea of turning that into fodder for this MISCELLANY post: I decided that I would include in this post the first five pieces of new music I came across, regardless of what they were (and by “new”, I mean new to me).

It seemed like a good idea at the time, because the last MISCELLANY post I wrote was on December 4, and shit, three months is a pathetically long time to go between installments of this series. Now, it’s not like I didn’t have plenty of fodder for a MISCELLANY post already. I already have hundreds of bands on our running MISCELLANY list of music to check out, all of whom I’ve been sadly neglecting. But logic gave way to impulse, as it usually does in my case, and so here we have offerings from the first five bands whose music I came across in my e-mails this morning: Seed (South Korea), Evil Shine (Russia), The Great Sabatini (Canada), Scourge Schematic (Seattle), and Nylithia (Canada, again).

The first e-mail I found had arrived from NCS contributor Rev. Will overnight (or what little of the night existed during my abbreviated nappy time). He pointed me to a YouTube song clip with these words: “I think this song will make you buy a new pair of boxers!” Well, nothing will make me buy a new pair, since the underoos I have are now seasoned just the way I like ’em, capable of standing up even when I’m not in them. But I decided to check the song anyway.

Seed are from South Korea. They got their start in 1997, recorded a debut album in 1998, split up around 2000, and then re-formed in 2007. In 2010, they released a new album called Origin of Seed. It sports an eye-catching album cover with a creature that bears an uncanny resemblance to the way I looked at 3:30 a.m. this morning.

The song I heard is called “Their Bodies Covered In Flames”. It’s brutal death metal, but man does it have some big hooks in it — big meat hooks that impale your torso and then start shaking you in time with the music’s hellish rhythms. What a nice way to wake up!

Although Rev. Will sent me a YouTube link, I wanted a better-quality stream, so I looked and discovered that Origin of Seed is available on iTunes and Amazon mp3. So I bought the song, and here it is:

“Their Bodies Covered In Flames”

[audio:https://www.nocleansinging.com/wp-content/uploads/2012/03/07-Their-Bodies-Convered-In-Flames.mp3|titles=Seed – Their Bodies Covered In Flames]

Seed have a Facebook page here. They need more likes.

The next e-mail arrived last night from NCS writer TheMadIsraeli before I crawled into my crib, and it included another YouTube link, but I didn’t listen to the song until this morning. It’s from this 2012 album: 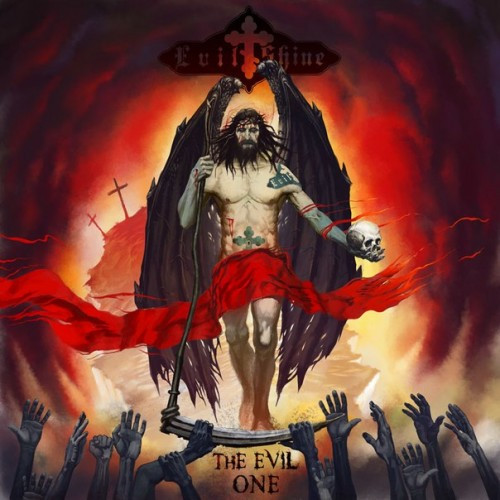 I searched around the web and found nothing about this band other than the usual download links for the album. So I can’t give you any info about them other than the fact that they’re from Russia, they have this one album out there with good ol’ Satanic Jesus on the cover, and they made an official music video for a song called “I Hate Your Kind”.

The young people of today are so full of anger! They make angry music! And then they use shotguns, baseball bats, and chainsaws on people wearing masks! What is the world coming to?

The song is not bad. It’s a cocktail of one part fury, three parts groove, and a few shots of proggy guitar. It got the old sleep-deprived noggin’ bobbin’.

Now here’s the strange cover of the next band’s album: 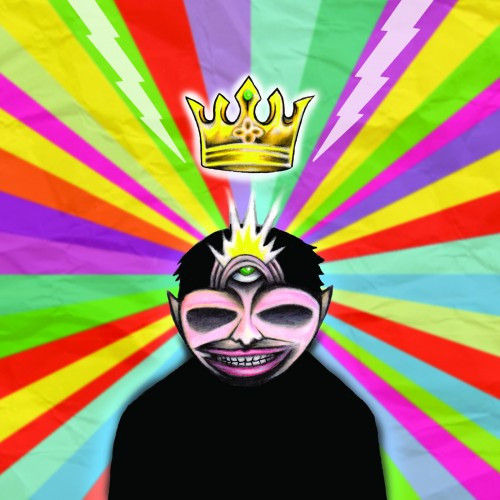 The Great Sabatini are from Montréal and they e-mailed me yesterday morning with an invitation to explore their free six-song EP, The Royal We. They released it on March 1 of this year and it’s available on their Bandcamp page. So after checking out the day’s first two songs featured above, I listened to the first three tracks on the EP.

As an introduction, “Bletting the Medlars” bleeds funereal, feedback-enhanced sludge. “Tiny Kingdoms” follows that with hammer blows of leaden riffs and a shrieking chorus of multiple vocals, with shrieking guitars making their presence felt, too. “Death Bed” veers into more overtly grindcore territory, and I liked the heavy riffing in this one, too.

I moved on to my next e-mail after those three songs, but I plan to go back an listen to the balance of the EP. These dudes have some skills. Here’s the Bandcamp player:

Despite the fact that The Royal We has only been out a few days, the band have readied yet another platter of music for issuance on March 25 (in both 12″ LP and digital format). It will be called Matterhorn, and a promo track is already up on their Bandcamp page for streaming. So go check that out HERE if you like what you’ve heard from The Royal We. The Great Sabatini have a web site here and a Facebook here. 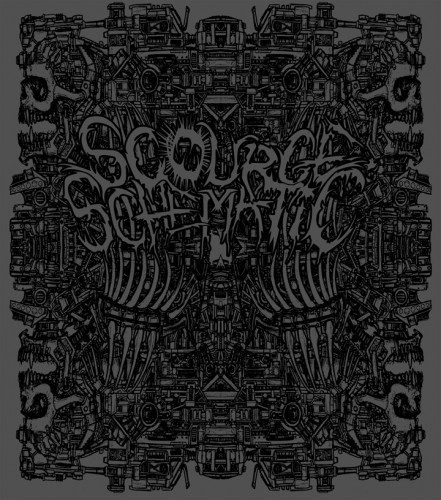 This is another band who contacted me directly. They’re from Seattle, though their name didn’t ring a bell and I’m sure I’ve never seen them play a live set. Their recent e-mail included a link to a nice feature on DECIBEL‘s online site, which called their 2011 debut EP “a formidable album of serious deathgrind”. The e-mail also included a link to a Bandcamp page, where I found the EP — Life Savings.

For purposes of this MISCELLANY expedition, I listened to the first two songs — “C.O.P. (Corruption of Power)” and “Nail Biter”. “C.O.P.” is indeed a piece of smash-and-grab death/grind: high-speed riff-grinding, jackhammer percussion, and a vocal tandem of hoarse roars and throat-bursting shrieks. “Nail Biter” shifts back and forth between slower and faster pacing, but is no less punishing. I think Life Savings is definitely worth checking out in full: 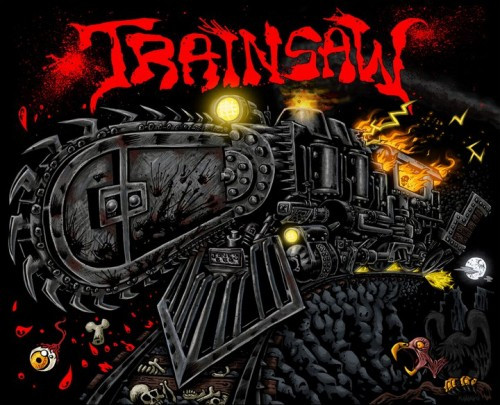 I found out about this Vancouver band through an e-mail from NCS reader Skinbridge, who has been a good source of new music recommendations in the past. His e-mail arrived a few days ago, but I missed it until this morning. He sent me a link to a Nylithia video that’s a total kick in the happy bits. But before I get to that, here’s more of what I learned about the band after watching that video.

Nylithia have been working on an album called Hyperthrash and have slowly been releasing one song at a time for download, with separate artwork and videos accompanying each song. So far, three songs are available — “Trainsaw”, “Immersed In the Maniacal”, and most recently “Vein of Creation” (which premiered on MetalSucks with a laudatory write-up by Vince). I listened to all of them.

The music is quite striking. It hits fast and hard, thrashing all over you like a pack of wolverines in heat. But man oh man, it also includes some jaw-dropping guitar leads and solo’s. They’re technically intricate and creatively constructed and fit the acetylene blast of the songs to a tee. Seriously, this is distinctive, original, top-shelf metal.

Nylithia have a web site you can access via this link which includes downloads for all three songs (two are free and the third costs $1), plus videos, and they’ve also established a Bandcamp page that includes streams and downloads for “Vein of Creation” and “Trainsaw”. I’ve added streams of all three songs down below. But first, here’s that video that Skinbridge sent me. It’s been out in the world since mid-2009 and has over 1.3 million hits, so you may have already seen it, but if not it’s definitely worth watching. If you’ve ever played Super Mario, I guarantee you’ll like this.

“Immersed In the Maniacal”

[audio:https://www.nocleansinging.com/wp-content/uploads/2012/03/Nylithia-Immersed-in-the-Maniacal.mp3|titles=Nylithia – Immersed in the Maniacal]

Well sir, after that multi-course breakfast of metal, I’m wide awake now and ready to confront whatever the balance of this Sunday holds in store. As always, enjoy the rest of your fucking day.