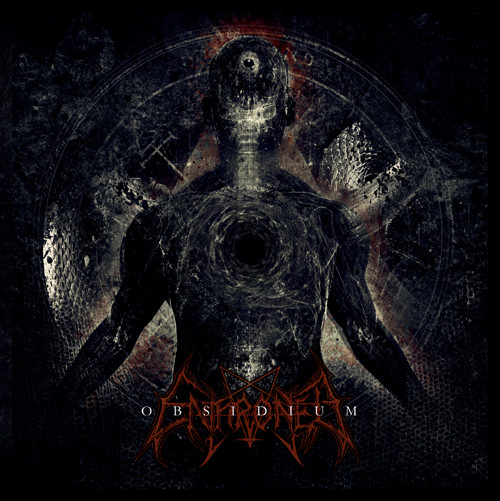 I can’t quite tell you exactly why, with the advent of Obisdium, Enthroned have produced their magnum opus, a defining statement of their sound and purpose. It’s a combination of lots of little things, and a culmination of years of work and progression from a band who have always teetered on the edge of producing something great. The songs stand proudly alone, yet united as a furious horde of channelled barbarism, every instrument given prominence and power in a combination both compelling and devastating.

The lethal focus and razor-sharp intent of each and every track is like a scalpel cutting into fragile flesh, clean, quick and precise. Yet this impressive concision and precision does not preclude variety. For all its panzerfaust blasting assault on the senses, the album manages to intelligently vary its pacing and style, from a blizzard of icy tremolo picking to a more death metal stomp and grind, through to rusted, doomy funeral marches of ghastly, shrouded chords. At its fastest, the album absolutely scorches, leaving behind only blackened and gnarled bones, licked by ebon flames. At its slowest, it churns a hideous maelstrom of dragging rip-tides and claustrophobic, choking undercurrents.

For all that Obisidum represents as another salvo in the Satanic war of dominion, it does so with disarming cleverness and subtlety, easing its way under the listeners’ skins to possess them wholly and entirely. Though it never sacrifices sheer, obliterating power, it is the hidden complexities and predatory intelligence of the material’s construction that makes it the most devastating weapon of damnation in Enthroned’s 9-album strong arsenal.

The devil truly is in the details. 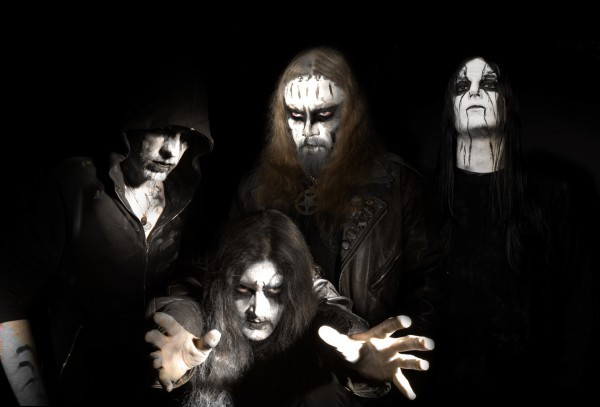 The atmosphere throughout Obisidum is one of concentrated evil, a thick and cloying miasma of malice and misanthropy. Indeed, this overwhelming sense of inchoate, shadowy menace is one of its defining strengths, making the record (and the band as a whole) stand head and shoulders above the rest of the pack by virtue of this intricate and seamless weaving of striking, yet wholly individual, atmospherics and bleak, suicidal moods throughout the band’s devastating metallic attack.

Delivered with a ragged fervour, Nornagest’s vocals have never sounded as imperfectly human and as impossibly demonic as this, screaming in tongues like a man possessed.  Ceremonial clean vocals make a surprising, yet chilling, appearance on certain tracks, adding another dark dimension to this black mass procession, a cold and oppressive weight whose vast density swallows all light and hope. Far from displaying a weakening of the band’s dedication to devastation, these reverberant tones are a sick parody of sanctity and purity, their insidious melodies a dark and seductive narcotic of blasphemous bliss.

The sinister opening to “Sepulchred Within Opaque Slumber” quickly gives way to an asphyxiating cloud of tar-black riffage and scathing blast-beats, Nornagest’s vicious screams proclaiming his tyrannical dominion, while unsettling moments of clean vocals chant blasphemous hymns of plague. The track introduces the album with a display of focused compelxity, matching its edge-of-the-seat blasting with airtight, down-picked rhythms and ringing, anti-melodic chord progressions, building up to the massive, snarling conclusion where the song’s title is repeated as a dark and menacing mantra. 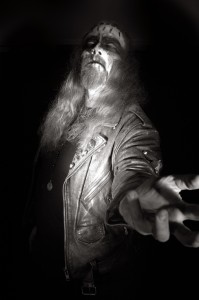 Following this baptism of fire, “Nonus Sacramentum – Obsidium” mixes bleak melody and suppurating dissonance, dissecting the expectations of the listener with its eerie tremolo parts and warped, winding riffage. Seizing upon a steady, relentless pace, the heaving guitars mix familiar black and death metal tropes into something altogether nastier and more virulent, the juxtaposition of harsh and clean vocals resulting in a callous display of blinding rage and calculated bile.

The crushing, sledgehammer blasting and impressively sharp-foot work of “Deathmoor” is a testament to the dominating skills of Garghuf behind the kit, his machine-gun snare work and booming artillery-blast bass drumming capable of reducing the population of any standing structure to zero. Displaying a prominent death metal influence, the song’s refined and catchy riffs were clearly forged with maximum lethality as their sole purpose, chugging and pummelling with all dials set to kill.

“Oblivious Shades” eschews the violence of the physical for the torment of the soul, enraptured in binding black chains. An iron-clad backbone of powerhouse drumming sets the song’s steady, merciless pace, the guitars and bass locking into a mammoth groove that seizes the soul in an unshakeable grip. Much of the song is dominated by colossal chord progressions whose bleak and hopeless aspect drags the listener helplessly into a slow, inescapable death-spiral, where warped melodies torment the ear with whispers of false promises. 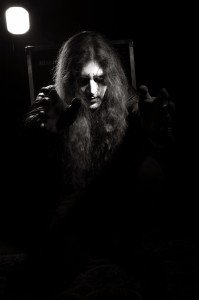 A hailstorm of squalling guitar and pummelling drums introduces “The Final Architect”, its torrential melody line overwhelming the listener with black gold glory. Once again the snarling vocals match power and pace with the full-force guitars and the ever-impressive, pounding kit-work of Garghuf, the song melding black metal’s twisted lightning with death metal’s rolling thunder. Harsh shrieks of agony twist and turn around tormented gutturals as the guitars writhe in the throes of abused, melodic ecstasy.

Pulsating with demonic majesty, the throbbing heartbeat of “Paetrolevm Salvia” offers the penitent a single, dark promise: that the only way to escape the horrible torture of life is to sell his soul into endless perdition. It drowns the listener in a crimson cacophony of melodic dissonance, bleeding out in a stream of sickness and spiritual disease. Like some unholy priest of perversion, Nornagest proclaims a gospel of depravity from his sulphurous pulpit, exhorting the faithful to bow in submission to his Luciferian majesty.

The hacking, serrated guitars and spiteful melodies of “Oracle Ov Void” see the song transition from its opening bars of occult ambience into a whirling dervish of pure musical annihilation. Monstrous death growls and barbed tremolo runs circle like vultures while sharp, skittering drum fills rattle and roll with devilish glee. Throughout it all, haunting harmonic melody lines float languidly in the shadowy depths, adorning the song’s brimstone brutality with a lurid, sanguine essence.

The album closes with the grand malediction of “Thy Blight Vacuum”, a spellbinding display of oozing filth and ritualistic majesty that suddenly explodes into unholy life in a chaotic display of frenzied blasting. Gargantuan tidal waves of thunderous kick drums pile on layer after layer of back-breaking heaviness as the track slows to a crawl, its rotting blood turning to dust in its desiccated veins, as its trance-like, hypnotic guitar work spirals into oblivion.

The real strength of this record is that each song is stronger and more distinctive than the last. While the album as a whole is tightly bound by its near-ritualistic manner, never breaking the circle in which it dwells, within those boundaries it summons demonic hordes of strange and obscene aspect, in an unholy variety of shapes and forms. It shows how much can be done with the black metal template, while establishing a darker, more individual character of its own, one that revels in the absence of light, all glooming shadows and abyssal horizons. 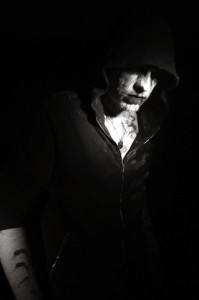 With the upcoming returns of both Marduk and Dark Funeral (amongst others), 2012 already looked to be an apocalyptic year in more ways than one, with this blasting, elemental style of hellfire-fueled black metal set to rise in ascendancy over all others. Now, finally, after years in the shadows, Enthroned have risen to join the pantheon of black gods and fallen angels. With the creation of Obsidium they have taken their rightful place as the true bearers of obsidian might, lords of twilight, bastard sons of the void.

EDITOR’S NOTE: Obsidium will be out on March 20th in Europe and April 10th in North America on the Agonia Records label.

Enthroned’s Facebook page is at this location, and their official web site is here.

UPDATE: As of today, the entire album is streaming at this location. It will be available to hear at that link until March 20th.