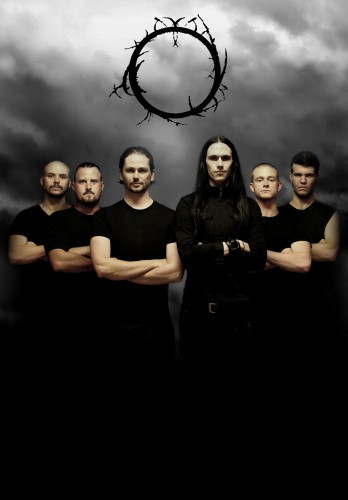 Normally, we don’t post a news alert simply because a band has added a new drummer to their line-up or releases a new press photo. But this is Ne Obliviscaris, and their new album has been on my personal “highly anticipated” list since I first found out it had been completed last October.

We originally featured this unsigned Melbourne, Australia band with the mouthful of a name way back in March 2010, focusing on a 2007 demo called The Aurora Veil. The new album is called Portal of I — a 7-track behemoth with a total run-time of more than 1 hour 11 minutes, and it appears from a press release we got this morning that the band is finally on the verge of providing an album release date, plus tour info.

Also, NeO have now found a permanent replacement for their former drummer, Dan Presland, who was involved in recording both the Aurora Veil demo and the forthcoming Portal Of I album. The new hitter is Nelson Barnes, who is also the drummer for Brisbane’s The Schoenberg Automaton — a very interesting band whose music we featured here last June.

Perhaps you still haven’t listened to the music of Ne Obliviscaris, despite the fact that we’ve streamed the first track to be released from Portal of I twice at NCS. Just in case, I’m gonna stream “And Plague Flowers the Kaleidoscope” a third time right after the jump, because pimping this band makes me happy. This song still floors me — it’s so unlike most other metal I hear. I wish I had more tracks to hear without having to wait any longer — but at least that day is finally drawing close.

By the way, the NeO line-up, as pictured above (from left to right) is: Benjamin Baret, Matt Klavins, Tim Charles, Xenoyr, Brendan ‘Cygnus’ Brown, and now Nelson Barnes.