But hey, trying is half the battle, right? So here’s my attempt to make some sort of dent in the ever-growing pile of albums which we have yet to review here at NCS… some of which are several months old, some of which are very new indeed! END_OF_DOCUMENT_TOKEN_TO_BE_REPLACED 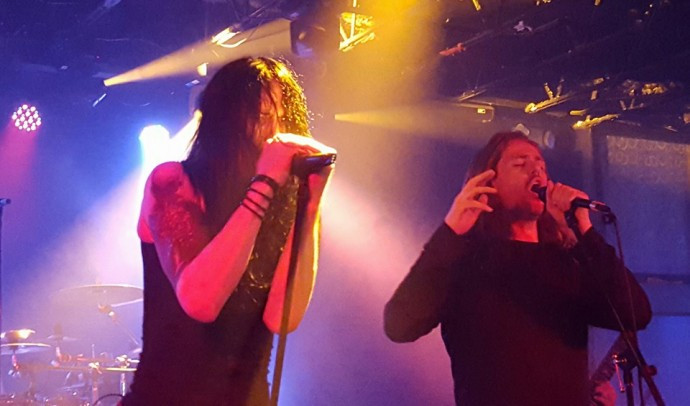 I always bemoan the fact that Florida gets the shaft when it comes to tours, whether it’s from US bands or groups from the rest of the world. So when Ne Obliviscaris announced they were coming to Florida, for not 1 but 2 shows, I was tickled pink (to say the least).

Anyone who has known me for more than 5 seconds is aware I have no interest in Butcher Babies or Cradle of Filth, but hey, you can’t really expect a new band on their first US tour flying over from Australia to do a headline jaunt right off the bat.

Upon further inspection of the tour dates, there was a gap in the schedule, conveniently due to the 70,000 Tons of Metal cruise leaving out of Fort Lauderdale on Thursday, February 4th, and returning on Monday, February 8th. END_OF_DOCUMENT_TOKEN_TO_BE_REPLACED 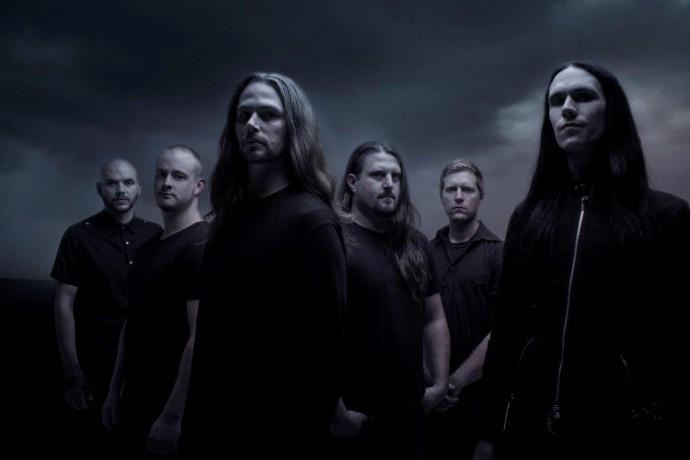 Those of you who follow Australia’s Ne Obliviscaris on Facebook may have seen that three members of the band shared their year-end lists of favorite 2015 releases. But for those who missed them, we’re re-publishing them here. And we’re doing this on the heels of the band’s announcement that in addition to their North American appearances on the previously announced Inquisitional Torture tour headlined by Cradle of Filth, they will also be performing four 90-minute sets as headliners. Here’s where that will happen:

To see the schedule for the Inquisitional Torture tour, go here. And now here are those lists: END_OF_DOCUMENT_TOKEN_TO_BE_REPLACED 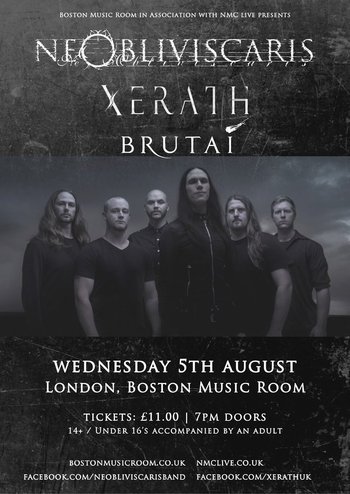 Except I’m not… because two nights ago I got the chance to see NeO put on an absolutely mindblowing performance in London. END_OF_DOCUMENT_TOKEN_TO_BE_REPLACED 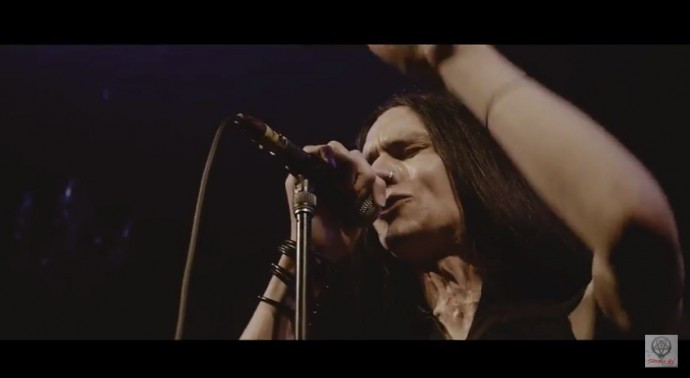 Australia’s Ne Obliviscaris have just released a video for the song “Painters Of The Tempest (Part II): Triptych Lux / Movement III: Curator”, from their 2014 album Citadel. I’m glad they picked that song for a video. The intro to the song probably makes it my favorite on that album — the finger-tapped bass, the plucked violin string, the shimmer of the guitar, it all works. There are of course other things to like about the song, too.

The video was directed by Joe Ritson, with lighting design by Joshua Tanidis. When a live performance is this well-filmed and edited, you don’t really need anything else going on to make it worth watching. END_OF_DOCUMENT_TOKEN_TO_BE_REPLACED 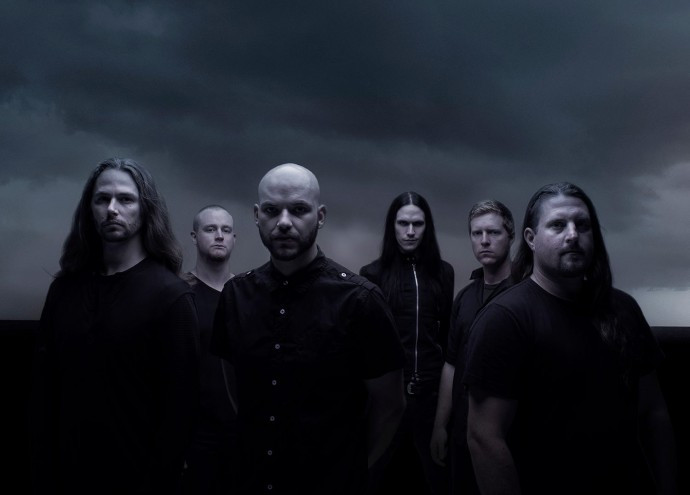 (Here, Andy Synn reviews two EPs by Australia’s Ne Obliviscaris that were distributed as limited-edition rewards for participation in the band’s successful crowd-funding campaign for financing of international tours.)

As much as I acknowledge that Citadel by Ne Obliviscaris is a fine-fettered beast of an album, one which rightly appeared on a lot of end-of-year lists, my personal feelings towards it are a bit more muted than some.

Oh, the instrumentation is certainly as flawless and inventive as anything you might care to mention, and the compositions impressively complex and creative, but to me the whole somehow seems less than the sum of its parts.

For one thing it’s clearly written to be almost self-consciously “progressive” in nature and this, combined with a few other things (the fact that there’s only three proper “songs”, the seeming disconnect between the clean vocals of Tim Charles and the rest of the material), means that it just doesn’t work for me in the same way their debut did.

And apparently I’m not alone in feeling that way. END_OF_DOCUMENT_TOKEN_TO_BE_REPLACED

Here are a couple of items that were brought to my attention this morning. I thought you might want to know about them, too.

This Australian band’s eagerly anticipated second album Citadel will be released by Season of Mist on November 7. Through a timely e-mail from one of our supporters, I learned that the entire album is now streaming on KillYourStereo.com. I presume the album will eventually be streaming at other sites scattered around the world, but this seems to be the first one. Go here to listen: 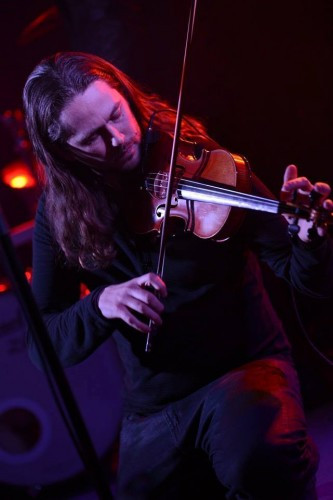 (In this post we present KevinP’s interview of Tim Charles, violinist and clean vocalist of Australia’s Ne Obliviscaris, whose new album Citadel will be released on November 7 (November 11 in the U.S.). You can listen to two of the new songs while you read, here and here.)

K:   So would this be the first interview you have done where the name of the site is diametrically opposed to your position in the band?

T:  I guess so! But despite the name of the site, you guys have always shown NeO great support over the years regardless, and so I’m very happy to be chatting with you today about our new album.

K:  We are coming up on the release of that album, Citadel, on Nov 7.  What would you say is different and/or what were you able to accomplish this time around as compared with Portal of I?

T:  When we first started writing Citadel we didn’t have any meetings to discuss the direction of the new songs. We simply just did what we’ve always done and write music until we were happy with the song. Personally we were very proud of Portal of I and we loved the songs, so when it was so well-received, that gave us a lot of confidence to forget about the outside world and just back our own judgement and have faith that as long as we love the new stuff then the public will enjoy it also.

We definitely noticed that there were some new sounds being explored, but honestly it wasn’t really until the end when it was completely done that we realised it was actually quite a bit different.  It’s still very much NeO, but honestly I’m not sure we could create 2 albums the same if we tried! It’s always been in our nature to explore and move forward musically, and to me Citadel just sounds like another step forward.

I guess one other difference between the albums is that Portal of I was more akin to 7 separate stories, all related to each other, that when put together create an album. This new album, however, was created in a more conceptual way with the music largely flowing continuously from start to finish and hence is more one unified piece. END_OF_DOCUMENT_TOKEN_TO_BE_REPLACED

We have been eagerly awaiting the first sounds from Citadel, the forthcoming album by Australia’s Ne Obliviscaris, and today we (and you) get the chance to hear them. Not long ago, Terrorizer premiered the album’s first advance track, with the lengthy title of “Painters of the Tempest part II, movement III: ‘Curator’ Elusive Reverence”.

Citadel will be released on Season of Mist on November 7 this year. You can pre-order the album here.

This is an exclusive stream, so you’ll need to visit this location to hear it (but do come back and let us know what you think of the music): END_OF_DOCUMENT_TOKEN_TO_BE_REPLACED

Not long ago we posted Part 2 of Ty Lowery’s list of personal favorite album covers for 2014 to date. And then about 5 minutes later, I saw THIS ^^^^!!!

It’s the cover art for Citadel, the new album by Australia’s Ne Obliviscaris. The artist goes by the name Xen, (aka Xenoyr) who is the band’s lead vocalist and lyricist, and whose Facebook page is here:

And wow, isn’t that a fantastic cover?

We have very high hopes for the music on this album, too. It’s set for release through Season of Mist on November 7 (November 11 in the U.S.).

And since Ne Obliviscaris is on my mind, I think I’ll just put this music stream of their debut album right here: END_OF_DOCUMENT_TOKEN_TO_BE_REPLACED