But hey, trying is half the battle, right? So here’s my attempt to make some sort of dent in the ever-growing pile of albums which we have yet to review here at NCS… some of which are several months old, some of which are very new indeed! 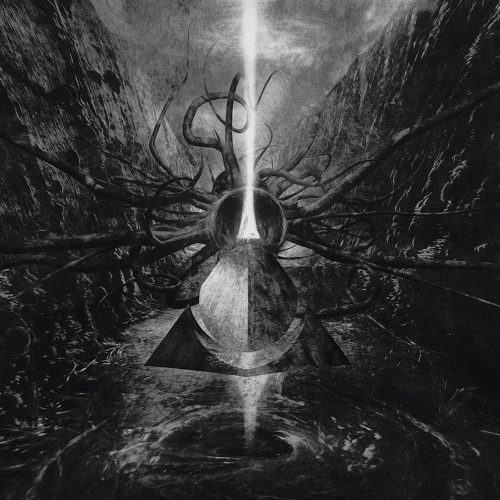 If I may start this review by misquoting Michael Caine… some bands just want to watch the world burn.

And Altarage definitely strike me as one of those bands.

Dealing in a brand of pitch-black sonic horror that goes beyond the realms of “dissonant” into “utterly disgusting”, the second album by these Spanish sadists is a collection of foul, filth-encrusted riffs, vile, vomitous vocals, and lurching, staggering drums, all coagulated into eight tracks of horrifically dense and devastating Death Metal whose atmosphere is so thick and choking that this album isn’t recommended for anyone who suffers from even a hint of claustrophobia.

Truthfully this sort of “atmospheric” Death Metal isn’t always effective… often descending into dreary drone or formless, aimless chaos… but here the word “atmospheric” refers not so much to any sense of general ambience, but rather to an ever-present cloud of oppressive dread that you can practically feel weighing down upon you more and more with every passing moment.

Beyond this, however, Endinghent’s biggest strength is that, beneath all the muck and murk, warped but recognisable riffs and song structures can still be perceived, their presence allowing your brain to make sense of numbers like “Spearhederon”, “Rift”, and the utterly monstrous “Weighteer” even as they do their very best to strangle your soul.

Love it or hate it, this is one of the grimmest, most gruesome albums of the year, and not for the faint of heart.

Last week, while reviewing the devastatingly emotional debut album from Hallatar, I stated that no other album released this year has been as heart-rending, or as heart-breaking, as No Stars Upon the Bridge.

But Mirror Reaper – dedicated to the memory of the band’s former drummer Adrian Guerra – certainly gives it a run for its money.

Following in the footsteps as such legendary records as Crimson and Light of Day, Day of Darkness, the third Bell Witch album is made up of one mammoth song, clocking in at just over eighty-three minutes of heaving doom and desolate ambience all conjured forth by the massive, majestic bass work of Dylan Desmond and the surging, tidal percussion of drummer Jesse Shreibman.

And, unlike many so-called “single song albums”, Mirror Reaper really DOES feel like a singular, extended composition, rather than a collection of interrelated movements (not that there’s anything wrong with that), one which ebbs and flows, lives and breathes, at its own pensive, protracted pace.

Of course due to the restrictions of the physical medium, both the CD and vinyl versions are forced to split things in two, but the album really is best experienced as one single, mammoth piece of work, in order to fully appreciate the depth of thought and emotion which went into its creation.

Granted, the album’s sheer length may (understandably) be too much for some, and I’m not sure it will ever fully surpass Four Phantoms in my own affections, but Mirror Reaper is without doubt one of the most moving portrayals of loss and longing that you’re ever likely to hear, and one which rewards patient listening with an ever-deeper, ever more satisfying experience. 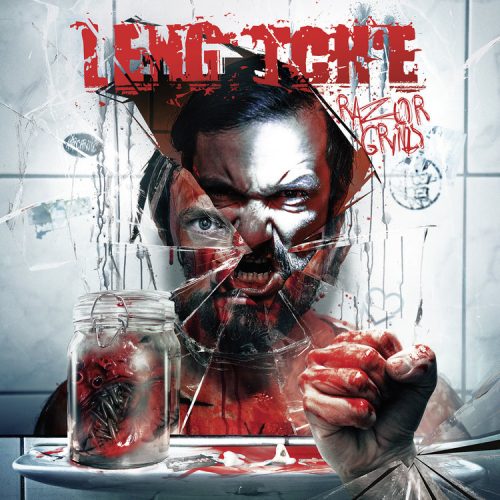 To paraphrase Justice Potter Stewart, I may not be able to define “Grindcore” but I know it when I hear it. And this… this is it.

Of course, that shouldn’t be surprising as these Belgian brutalisers have been synonymous with the word “Grindcore” ever since the release of their debut album Death By A Thousand Cuts, which set the gold standard for Grind in the early years of the new millennium.

Now Razorgrind isn’t quite on that level, but it’s definitely the band’s strongest effort in a number of years, with songs like ravenous opener “Gundog Allegiance” and the blistering “AnarChristic” detonating with all the furious force of a cascade of cluster bombs.

However, like all the best killers, Leng Tch’e are aware that you’re more likely to last longer (and less likely to get caught) if you vary your approach every now and then, which is why the band are careful to throw in a few hulking, chug-heavy groovemonsters like “Spore” and “Redundant” amongst all the manic blasturbation and bonegrinding brutality.

And although Razorgrind may not be winning any major awards or accolades this year, phenomenal tracks like “The Red Pill” and facemelting closer “Magellanic Shrine” suggest that the band quite possibly have their own Anthropocene Era or a Necrobreed – something that will redefine their sound and revitalise their fortunes – brewing just on the horizon.

So blast this one loud and proud when you get the chance, and keep your eyes open for album number seven… I have a feeling it’s going to be a game changer. 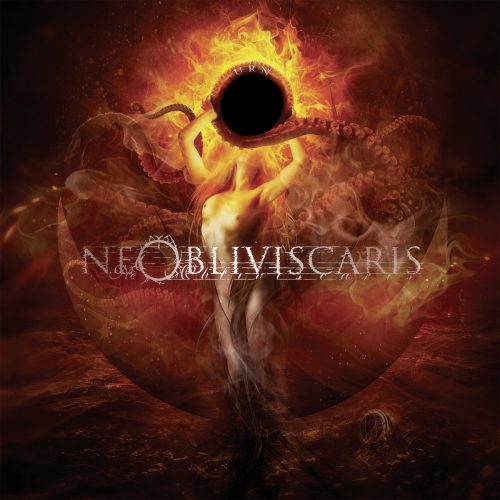 Let’s get to the point straight away… the third Ne Obliviscaris album is a solid album that does exactly what you’d expect it to. So, if you were already a fan of the band and their brand of “Extreme Progressive Metal” then you’ll probably like this one too. And if you didn’t like the band before now, this is unlikely to change that.

So what more is there to say? As it turns out, quite a bit…

The Aussie sextet are undeniably a very talented group, and the six songs which make up this album have clearly all been carefully honed to perfection. However this very perfection, this attempt to be all things to all men – techy, but never too technical, proggy, but never too progressive, angsty, but never too aggressive – is also somewhat counterproductive, robbing these tracks of any real bite.

And while being accessible is not necessarily a bad thing, in this case it feels like a LOT of effort has been put into sanding off all the rough edges to ensure that everything is as smooth and polished as possible, to the point where the whole thing comes across as too polished for its own good and, dare I say it, a little formulaic too, with the band obviously relying on Tim Charles and his soaring cleans and/or weeping violin to provide them with a big hook a little too often.

Let me be clear though (because being this critical for this long is giving me a migraine), this is not a bad album. The execution is impeccable, and the individual performances are all top-notch, it’s just that the final product comes across less as “extreme progressive” and more “blandly inoffensive”. 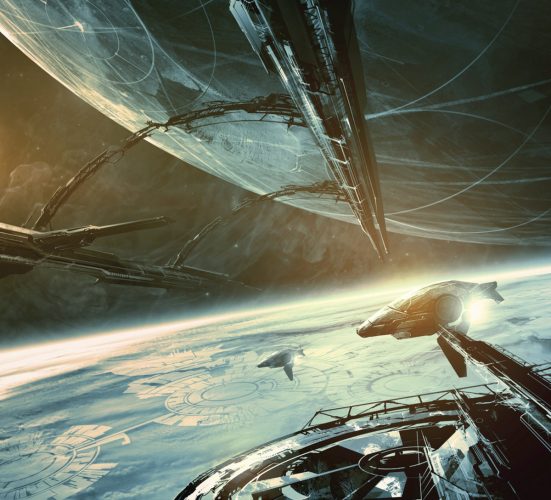 Some of you might know this, and some of you might not, but U.M.A., the debut album by Progenie Terrestre Pura is amongst my all-time favourites (although, to be fair, my music collection is now so large that my “all time favourites” comprises a pretty hefty chunk of musical real estate itself).

And although their second album, OltreLuna hasn’t quite affected me in the same way, it’s still an impressive piece of work in its own right, one which goes for a noticeably more aggressive approach than its predecessor, without sacrificing the exotic instrumentation and esoteric electronic elements that define the band’s sound.

This increased aggression is immediately apparent during opener “[.Pianeta.Zero.]” and its follow-up “[.subLuce.]”, both of which cleave to a more guitar-heavy sound… while also blending in a plethora of electronic, industrial, and progressive elements to augment the band’s already multi-faceted metallic assault.

This increased aggression does, initially at least, make OltreLuna feel slightly less immersive and oddly more grounded in the here and now when compared to U.M.A.. However, the final three tracks – “[.oltreLuna.]”, “[.Deus.Est.Machina.]”, and “[.Proxima-B.]” – not only make up the majority of the album’s material, but also the majority of the album’s best material, simultaneously more cohesive and more experimental than the earlier tracks, fusing electrifying, blackened energy, pulsing pseudo-industrial synthscapes, and strobing, dubstep-fuelled beats in a manner that shouldn’t work… but very clearly does.

It’s taken me a while to format my feelings about this album, but the process of putting them down in writing has itself helped to clarify things for me. Progenie Terrestre Pura are still one of the most unique and underappreciated bands in Metal today, and OltreLuna is an album that deserves to be heard by as wide an audience as possible.

There’s been a lot of hype about this album both before and after its release, which is understandable as ¾ of the band’s line-up is made up of members of current Death Metal darlings Blood Incantation (whose most recent album was a runner-up in my list of “Critical Top Ten” albums last year).

But while I don’t happen to be quite as effusively positive as some other writers have been, I can definitely recommend this album for anyone who’s a fan of deep, dark, and dolorous Death/Doom.

Strongest when they skew more towards the doomier end of the spectrum, Spectral Voice have put together one stultifying slab of morbid menace here, kicking off in ethereal fashion – before eventually erupting in a cataclysmic crescendo of booming riffs and bowel-shaking vocals – with the suffocating strains of “Threshold Beyond”, which is equal parts gritty heaviness and ghoulish melody.

“Visions of Psychic Dismemberment” is, if anything, darker, bleaker, and more ominous than its predecessor. Clocking in at a staggeringly heavy 13:58, it’s a song constantly moving, constantly mutating, and constantly offering up a seemingly endless array of devilishly doomy delights, its massive riffs and melodic refrains whirling and churning like a malevolent metallic maelstrom.

And while “Lurking Gloom” feels oddly slight by comparison, the climactic pairing of “Terminal Exhalation” and “Dissolution” proves to be a truly punishing way to close things out, melding funereal gloom and soul-crushing doom with an excess of insufferably evil riffage drawn straight from the depths of the netherworld.

The album has its weaker moments… or perhaps a better term might be “less strong” moments… that’s for certain, but overall Eroded Corridors of Unbeing is one consummately nasty piece of work which, at its best, emphatically puts the “D” in “Doom”.