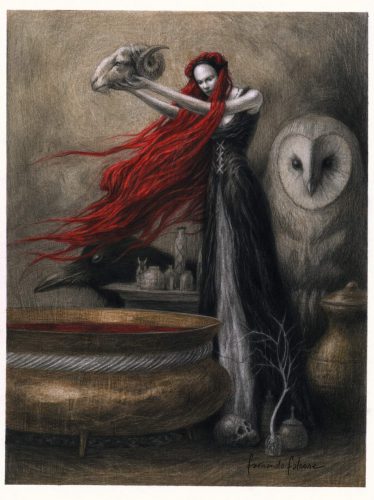 I’ve mentioned more than once that we have very few plans here. Or at least I have very few plans. I live from day to day, wondering what fusillades from our writers will appear in my in-box, and remaining just as clueless about what will light the spark under the kindling stacked in my own mind. But this post was kindled in an especially unusual way.

In January 2013 I posted an extensive list of albums we were eagerly anticipating would be released over the early months of that year. Yesterday, almost 4 years later, Gaia left a comment that asked this question: “Is there anything I should be looking out for in the tail end of this year? I’m wondering if there’s any list-breakers due.”

Yes, it’s my burden as this site’s editor, to be notified of every comment, on every post, no matter when the posts were made, no matter how close we are to a thermocnuclear holocaust or unfortunate delays in the picking up of our garbage bins.

At first I thought, man, Gaia is really far behind, like a snail bringing up the rear of the Bataan death march; all the other people are dead, and he’s just now coming home. And then I thought, man, it’s our own damned fault for not giving people any logical place where they could engage in a conversation about what’s left to be released THIS YEAR. Or maybe Gaia just discovered LSD.

Either way, it does strike me that Gaia’s question is a very good one. Because you know that somewhere over the next 30 days, if history is of any predictive value, someone of prominence will post the first year-end list (usually DECIBEL). And that will trigger the launch of our own year-end LISTMANIA series.

So here’s a re-framing of Gaia’s question:  What releases are coming before December 31. 2017, that show signs of up-ending your year-end lists?

To be clear, I’m not asking you for the releases that you are merely interested in hearing. I’m asking for the ones that you genuinely believe — based on the band’s past releases or maybe an advance track that’s already surfaced — could be one of your favorite albums of the year.

Rest assured, we all know there’s a big element of guesswork here — because whatever you have in mind, by definition very few people have heard it yet. So don’t be bashful — tell us what has you’re psyched to experience between now and New Year’s Eve.

What would I list? Here are 21 potentially earth-moving releases, from among those I’ve either sampled so far or heard about or heard in full:

P.S. Guess what just popped up this morning after I made this post, which I didn’t know was coming, and which seems relevant here? This did: