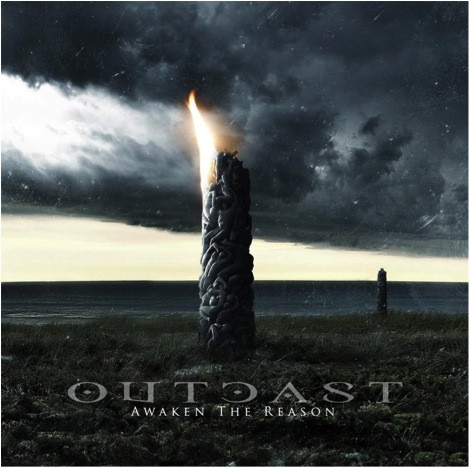 (In this post TheMadIsraeli reviews an album he calls an early favorite for one of the 10 best albums of 2012.)

Ok, so . . . I’ve rewritten this review five times now and I finally decided, fuck it, my only option is to type an essay-length rave.

This album is my first Top 10 of the Year choice.  It is both an unstoppable force and an immovable object. It takes the fusing of various schools of metal to the next level, and sets the bar to a new height for progressivism and for boundary breaking within the genre. Nothing is going to compare to this album, just as nothing really compared much to Outcast’s previous albums. If Outcast continue evolving as they have to date, these guys will become the figurehead of where metal needs to be heading as a whole.

Violent, chaotic, uncompromising, and unpredictable are the names of this game. Outcast’s new album Awaken The Reason is a true tour de force of composition, stylistic diversity, and melding  of styles, tied together by some of the sickest riffs I’ve ever heard.  If I don’t see this album on a multitude of top-album lists by December, I will be seriously dismayed and indeed fearful about how public opinion will shape the future course of metal.

Yes, I believe this album is that important. 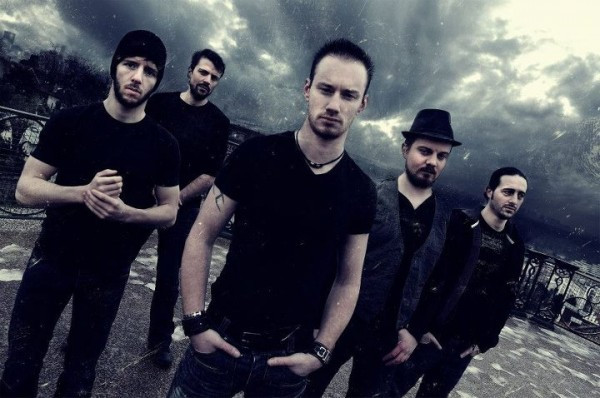 Your references for this band’s sound are vast. The best I can do is ask you to imagine a combined smattering of Death, Gojira, Byzantine, Meshuggah, Martyr, and Psycroptic.  What manifests out of this mix is one of the most amazing musical experiences I’ve ever had the pleasure of surviving.  Sure, Outcast’s previous album Self Injected Reality already did a capable job of piercing the fabric of the universe with its poison-soaked tendrils, but this album?  This is a whole new ball game.  The shifts of gear and transitions of mood are nearly incomprehensible.

So what do Outcast play exactly?  To repeat, their style is hard to describe.  The music incorporates elements of death metal, prog metal, grindcore, groove metal, and djent, with a progressive spin on all of it.  The grindcore influence was more evident on their debut, but is basically gone on the new album. The rest of the stylistic ingredients are still here in full swing, although there is a TINY bit more focus on incorporating melodies this time around — a new element that refreshes their already perplexing sound and provides a renewed vigor.

The opener “Elements” is not so much an introduction to what you are about to experience as it is the sound of having all your organs removed alive:  Twisted, contorted, sinister, dissonant riffs that screech chaotically — riffs that are technical, noodily, chunky, and groovy all at once — and they never let up, while the solo captures the fragmenting of a person’s mind and soul.  By the time the song’s closing riff arrives (a body-contorting groove to die for), your neck will undoubtedly be throbbing in pain from headbanging irresistibly (that is, if you didn’t injure yourself irreparably while trying to kill everything around you).

“Abysmal” is a different kind of relentless and an excellent counterpoint to “Elements”, sporting more of a groove-based flavor complemented by a lightning-fast, blazing atomic-bomb blast of a verse.  The song is filled to the brim with more melodic riffing and sonic textures, with subtle changes to the riffs throughout the song providing a real sense of progression and evolution that you can feel in your bones.

The next song, “A Solace From The Shade”, continues with the incorporation of melody, but is a frantic, blast-beat filled number with odd time signatures that succeeds in achieving obliteration of the listener in only 2 minutes.

Things are thrown out of whack, though, when the album launches a sneak attack with the fourth track by introducing . . . calming piano and orchestral motifs?  “Awaken The Reason – Part IV: When Dawn Brings Clarity” is one of the most beautiful instrumentals I’ve heard. Full of melancholy and sorrow, this piece might feel more at home as an interlude on a funeral doom album.

The song fades out in a wall of feedback, which serves to introduce “Spin Angular Moments”, its syncopated grooves complemented by harsh, atonal, angular riffing that screams at you, conjuring images of a man convulsing so hard that muscle fibers rip and bones break apart.  The only breather it provides is an elongated melodic outro that is akin to the passing of a coastal storm, with waves calming and the wind gradually subsiding.

“Unspoken” is a monster of track, beginning with attention-grabbing tribal percussion accompanied by an ethnically influenced ambience; although I cannot pinpoint the source, Japanese music comes to mind.  The reserved groove that then ensues leads the listener to believe this will be a more subdued song, but it quickly proves that assumption dead wrong.  Its powerful, propulsive verse is undoubtedly one of the most crushing grooves I’ve ever heard.  More of that atonal angular riffing showcased previously is in the spotlight here.  Intense spurts of speed explode repeatedly, and every time these moments happen, I feel as if I’m being punched by a giant with a nuclear accelerator strapped to his arm. 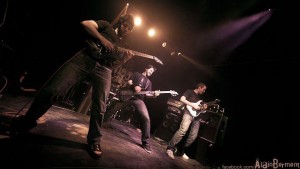 “Isolation” is very different in character, a trudging contemplative tune full of melodies of a more reflective sort.  The verse is brutal in its heft, made weightier still by the slow pace. Explosions of anger are to be found in this song, but here Outcast beautifully demonstrate their ability to switch moods within a single track while maintaining cohesiveness and making the music sound, dare I say, human.

“Fallen Years” is another mammoth-sized, lumbering number with quite a captivating chorus that contains such an alien, melodic progression that it has stuck with me.  The breakdown that ends the song is utterly world cleansing, grinding all matter into fine dust.

“Man’s Last Failure” is one of the most infectious songs on the album.  The character of it will remind you of Byzantine, with intense riffing that makes efficient use of stop/start antics and an emphasis on stomping rhythm that may propel you to smash your head against the hardest nearby object.

This all leads up to the closer “Awaken The Reason – Part XI: Reprise”, which is both a summary of all this album has been about and an introduction to new-found elements (one section has a bit of a southern metal vibe going on, for example). It closes out the album quite nicely.

The performances on the album and the mix of them (by Jochem Jacobs of Textures) are absolutely astounding.  I can’t say I’ve often heard a mix this . . . full sounding?  I think that’s the right term for this.  It produces a lot of mid-range punch, with enough clarity to allow you to hear all that the guitars are doing, but with enough oomph to deliver a haymaker to your throat.  The bass frequency is also very well-balanced and quite present.  The sound of the double-bass drums is also one of the best I’ve ever heard; it has a sharp, yet fat impact that really complements the dynamic grooves in the music.

The performances are super-tight and stellar across the board — but then again, given the compositions, any performers would really have to be on the ball to play this shit well.  Outcast truly have their own sound, ESPECIALLY in the riffing.  I can’t think of another band who execute riffs this jarring, yet this groovy, technical, and memorable. 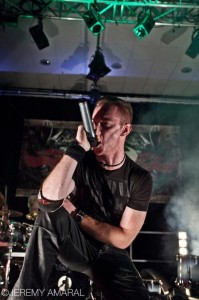 And on top of that are Wilfried Fagnon’s powerful, overwhelming vocals — the excrescence of a demonic presence contained within the belly of a celestial dimension-devouring whale, rotting all life within the space it permeates. I know some people are going to compare Outcast to Gojira based solely on this man’s propensity for very Duplantier-esque howls, but I think they would be way off the mark.  His approach is sometimes similar to that of Duplantier, but he does so much more with his voice and does it with so much more intensity.  He is a vocalist to watch in the future for sure.

Awaken The Reason is, for me, the most brutal album of the year thus far.  It’s unique, it’s fast, and yet it’s also groovy as fuck and it leaves a lasting impression — an impression of a band dedicated to pushing the envelope of the relationship between speed and groove, melody and discord, cohesion and chaos.  Just the way I like it.

You can find Outcast’s Facebook page here.  Like them, buy this album when you can (the European release is already out and available for order here, though American physicals won’t see release until April 4 on Listenable Records), and after you’re properly schooled, buy the rest of Outcast’s discography.  This is a band you can’t afford to pass up any longer.

8 Responses to “OUTCAST: “AWAKEN THE REASON””