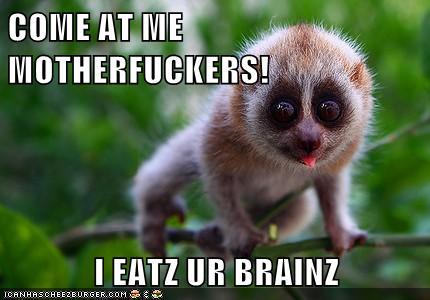 Well, I guess I succeeded in warning the FBI off my ass, so what did the cowardly motherfuckers do? They turned their malignant attention in the direction of poor, defenseless Andy Synn, who isn’t even a U.S. citizen, much less a real person. This called for hard measures, so I gave them hard.  Measures.

First, here is the e-mail addressed to Guv’nor Synn, which he forwarded to me in my mind and which I am quoting verbatim because I could not have made this up, except I am omitting embedded links in the message, because although I love all of you, some of you might try to pretend you are me — or worse yet, Andy — and get the booty for yourselves.

Series of meetings have been held over the past 7 months with the secretary general of the United Nations Organization. This ended 3 days ago. It is obvious that you have not received your fund which is to the tune of $2,500,000.00 due to past corrupt Governmental Officials who almost held the fund to themselves for their selfish reason and some individuals who have taken advantage of your fund all in an attempt to swindle your fund which has led to so many losses from your end and unnecessary delay in the receipt of your fund.

The National Central Bureau of Interpol enhanced by the United Nations and Federal Bureau of Investigation have successfully passed a mandate to the current president of Nigeria his Excellency President Good luck Jonathan to boost the exercise of clearing all foreign debts owed to you and other individuals and organizations who have been found not to have receive their Contract Sum, Lottery/Gambling, Inheritance and the likes. Now how would you like to receive your payment? Because we have two method of payment which is by Check or by ATM card?

ATM Card: We will be issuing you a custom pin based ATM card which you will use to withdraw up to $3,000 per day from any ATM machine that has the Master Card Logo on it and the card have to be renewed in 4 years time which is 2014. Also with the ATM card you will be able to transfer your funds to your local bank account. The ATM card comes with a handbook or manual to enlighten you about how to use it. Even if you do not have a bank account.

Check: To be deposited in your bank for it to be cleared within three working days. Your payment would be sent to you via any of your preferred option and would be mailed to you via UPS. Because we have signed a contract with UPS which should expire by February 28th 2012 you will only need to pay $155 instead of $440 saving you $285. So if you pay before February 28th 2012 you save $285. Take note that anyone asking you for some kind of money above the usual fee is definitely a fraudsters and you will have to stop communication with every other person if you have been in contact with any. Also remember that all you will ever have to spend is $155.00 nothing more! Nothing less! And we guarantee the receipt of your fund to be successfully delivered to you within the next 24hrs after the receipt of payment has been confirmed.

Note: Everything has been taken care of by the Federal Government of Nigeria, The United Nation and also the FBI and including taxes, custom paper and clearance duty so all you will ever need to pay is $155.

DO NOT SEND MONEY TO ANYONE UNTIL YOU READ THIS: The actual fees for shipping your ATM card is $440 but because UPS have temporarily discontinued the C.O.D which gives you the chance to pay when package is delivered for international shipping We had to sign contract with them for bulk shipping which makes the fees reduce from the actual fee of $440 to $155 nothing more and no hidden fees of any sort!

To effect the release of your fund valued at $2,500,000.00 you are advised to contact our correspondent in Africa the delivery officer Mr. ABIOLA JAMES with the information below,

You are advised to contact him with the information’s as stated below:

Upon receipt of payment the delivery officer will ensure that your package is sent within 24 working hours. Because we are so sure of everything we are giving you a 100% money back guarantee if you do not receive payment/package within the next 24hrs after you have made the payment for shipping.

Note: Do disregard any email you get from any impostors or offices claiming to be in possession of your ATM CARD, you are hereby advice only to be in contact with Mr ABIOLA JAMES of the ATM CARD CENTRE who is the rightful person to deal with in regards to your ATM CARD PAYMENT and forward any emails you get from impostors to this office so we could act upon and commence investigation.

I am the publicist, personal advisor, and creator of the fictional personality known as Andy Synn. I have received your e-mail of March 19 addressed to Mr. Synn, and am responding on his behalf, because he is not capable of responding himself. Because he has no self. Also, thank you for providing your Customers Service hours. This explains why crime still exists in our country.

I am disturbed to hear that corrupt Government Officials have attempted to swindle my (Mr. Synn’s) fund, causing it to suffer losses. I sincerely hope you have used the vaunted powers of the FBI to rip those motherfuckers a new asshole and to recover my (his) losses, or if not that, at least to make them wish they had been born as mice.

I do have a few questions to ask on my (Mr. Synn’s) behalf. First, what in the name of a slow milky fuck does the President of Nigeria have to do with my (his) $2.5 million and how much LSD were his parents on when they named him Good luck Jonathan? Also, do you think Presidential candidates in our country would be able to win if they had “luck” in their names? If so, please do not tell Rick Santorum.

As for how I would like to receive my (Mr. Synn’s) money, this seems like an easy call, because you said the ATM card would have to be renewed “in 4 years time which is 2014.” With all due respect, can you not read a fucking calendar? Or are you still living in 2010? This seems like a further explanation about why we still have crime in our country. Also, fuck your ATM card.

Also, what slobbering, in-bred, frog-brained onanist would rather have $3,000 a day from an ATM machine than a check for $2.5 million in three working days? I do realize why you think Andy Synn might have found that a tough choice, because in my mind he lives in Nottingham, but you’re dealing with me now, and why would I want to give the fucking FBI the float on my $2.5 million while you pay me $3,000 a day?

Seriously, that is a fucking insult to my intelligence. I did the math. At the rate of $3,000 per day, you motherfuckers wouldn’t finish paying me my (Andy Synn’s) $2.5M for 833 1/3 days, and that’s with no interest, so fuck that shit with a broom handle. You might think you can pull that kind of scam on the British, but remember that we Americans fucked them like tethered goats back in 1775-83, so that wormy cowshit won’t fly with yours truly.

So, I definitely want the check. But there’s some weird shit going on about the check, too. You said you had a signed contract with UPS that expires on February 28 and so I’ll only have to pay the $155 if I pay before February 28. There’s only two problems with that:

First, you sent your goddamned e-mail on March 19. “Calendar” is obviously like a foreign word to you Feebs.

Second, a check weighs like, what? Less than the sweat on a gnat’s testicle? How could sending a check cost $155? Tell me the truth: Is UPS going down on your lady parts like every fucking day to get that kind of deal? How can you afford food with that kind of monetary sense? You talk about bulk shipping, you must be getting the BULK, if you know what I mean.  And I think you do.

But look, let’s get right down to it. I know what the fuck you’re up to. You’re trying to fuck NCS because we’re a threat to the stability of all jack-booted authoritarians and conformists everywhere. You’d like nothing better than to see us dry up like a solitary raindrop in the Sahara and blow away on a breeze. You’d like to bankrupt us with promises of $2.5 million to get our $155. Well, I’m wise to you’re sleazy scam. I know exactly what would happen if I (Andy Synn) sent you $155:

And by the way, don’t fuck with me or any of my personalities ever again, or I’ll send a loris swarm up your scrawny ass so fast you’ll wish you’d never been born.

21 Responses to “THE FBI TRIES TO FUCK WITH US — AGAIN”