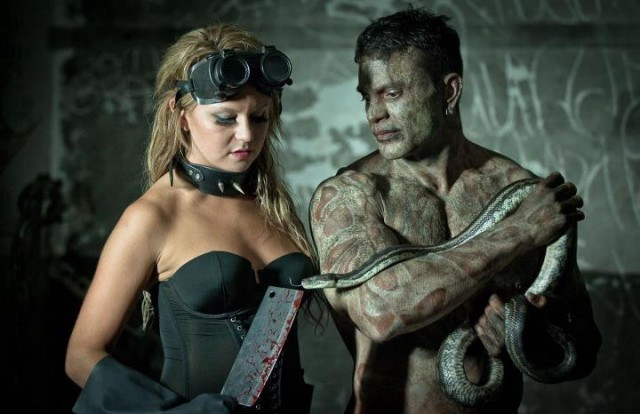 The first two bands featured in this round-up have been the subject of previous features at this site, so we already know and like their music. But what we have here are new music videos that are worth a gander. And then the third piece of this triad is a new song from a band called Vorkreist (sans video).

TheMadIsraeli reviewed this Australian band’s latest release, Glorification Of A Myth, back in June 2011. He described the music as “a mix of Pestilence, Dark Angel, some slight Cannibal Corpse-isms, Vader, and a good dose of neo-classicism in the melodic moments” — a powerhouse collection of “killer riffs” and “face-melting guitar antics”.

The new video is for a song from the album called “Sanctuary”. It confuses me. It’s clearly telling a story, but I haven’t figured it out yet. Are the children at the end younger versions of characters we’re seeing at the beginning? Why the leap off the cliff? And what’s the snake man chopping with that cleaver? If you get it, leave a comment.

The YouTube version of the clip includes the lyrics, which are much better than average for a metal song, but they haven’t helped me figure out the video. I’ll link to them after the video.

Now, HERE is where you can find the lyrics.

In January of this year, groverXIII introduced us to this UK band with a review of their free 2012 EP, Split Tongue, Cloven Hoof, which he called a “fantastic four-track EP of kick-you-square-in-the-dick stoner metal”, “a mix of High On Fire and Motörhead.”

This morning, grover alerted me to XII Boar’s release of a music video for one of the EP’s tracks, “Slamhound”. Unlike “Sanctuary”, this video I understand: guys acting goofy, a chick getting a band tat on her thigh, some beer drinking and rocking out, some boob-grabbing. In other words, simple, wholesome fun.

This French band is new to me. Agonia Records plans to release their fourth album, Sigil Whore Christ, on April 24 in Europe and May 22 in North America. Agonia has put up a song from the album on Soundcloud called “Maledicte”. The first part of the song made me feel like I’d stuck my head in a blast furnace, and then it reversed course into a murderously slow but equally nasty crawl. Kind of a blend of black and death metal, the music is a good come-on for Sigil Whore Christ. Check it out below this picture of the album cover. 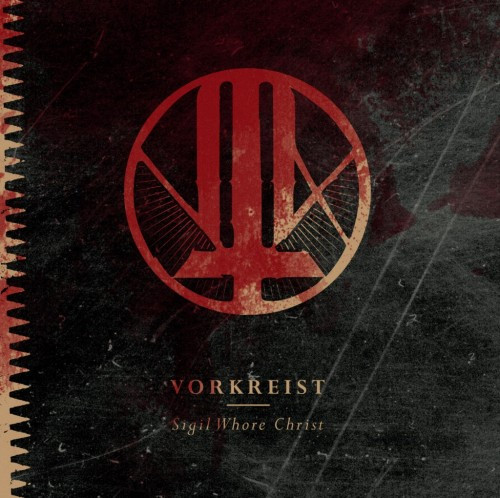 14 Responses to “VIDEO ROUND-UP: OUROBOROS AND XII BOAR (AND A NEW VORKREIST SONG)”