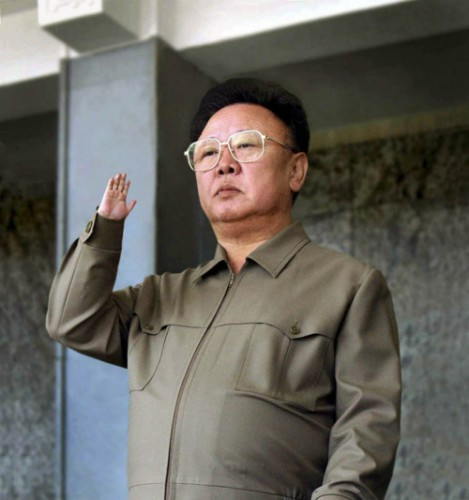 Once again, I have let this THAT’S METAL! series of posts languish, and as a result I have sooooo many accumulated possibilities from which to choose. Choosing is not my strong suit, but I will do my best.

For newcomers, in this series we feature videos, images, and news items about people, places, and events that are metal, even if they’re not music. Without further ado, here’s what I have for you today:

You’re looking at an example of our first item. Of course, there is not one thing that’s metal about the late Kim Jong Il, who managed to keep his country living in the Stone Age for decades before the black-hearted fucker finally died. BUT, the idea of retouching that photo to give him one tiny hand IS definitely metal. It’s  such an odd, inspired idea, and it works over and over again.

Credit for the inspiration, and for the ingenious photoshopping, goes to Zach Vitale. He and a couple of comrades have generated an entire portfolio of similarly altered photo portraits on a site called (of course) One Tiny Hand. I have a couple more examples after the jump, but there are a bunch more you can find via that link. Funny shit. 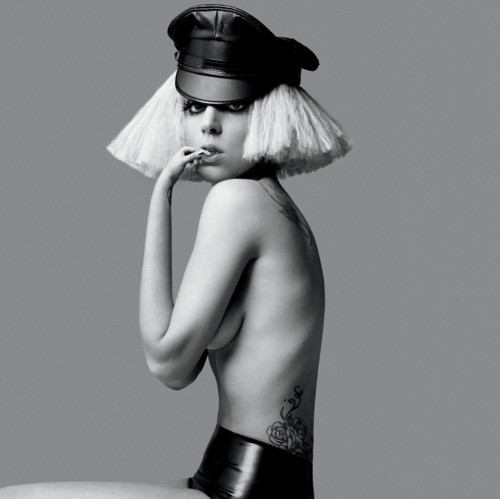 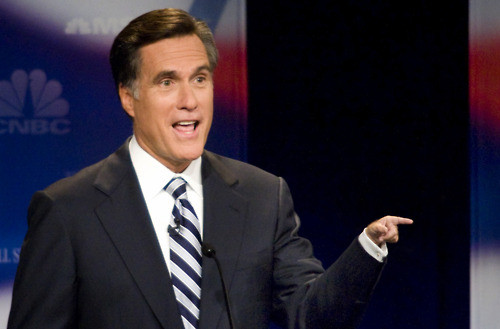 This next video item came my way via an e-mail from Ben C (Church of the Riff), with these words in the subject line: “Ants having sex with their dead queen, while a spider eats her head”.

I have to agree with Ben: You really can’t get much more metal than that, unless they were all on fire, because fire makes everything moar metal, especially if you’re having sex with dead queens. Or eating heads.

I wonder about many things, but I admit that before seeing this video I had never wondered about how ants have sex, with either living or dead queens. So now I wonder, but I still don’t know the answer. Seems to involve a lot of crawling around, though.

I found out about this next item from both Phro and Trollfiend, and I have to agree that this is pretty fuckin’ metal. Turns out that the History Channel started a new series in February called Full Metal Jousting, and you’ll never guess what it’s about. Okay, well maybe the really smart readers out there could guess, but for the rest of you, I’ll just explain: It involves jousting.

Apparently, a bunch of very athletic guys with very low IQs were recruited to compete in a season-long jousting match, with the winner taking home money and the losers taking home concussions, broken bones, and soft tissue damage. Here’s one of several video teasers for the show that I found. I haven’t watched the show yet. There’s a possibility it would get old pretty fast, but maybe if there’s enough variety in the injuries, and if they’re really graphic, it might be a good time. 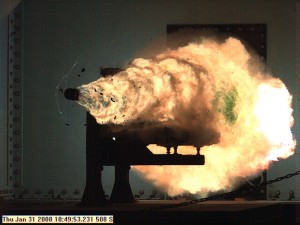 Sci-fi buffs, especially fans of space opera, will probably be familiar with the concept of a railgun. Railguns use electromagnetic rails to accelerate a solid projectile made of metal or some other material that will conduct electricity. The key is to deliver enough electrical power to launch the projectile at tremendous speeds (on the order of 3 or 4 times the muzzle speed of a military-grade rifle), because there is no propellant in the projectile. There’s also no explosive material in the projectile. Instead, it gets loaded up with kinetic energy by the power of the rail accelerator putting it in motion, and then it transfers all the kinetic energy to whatever it impacts.

It turns out that railguns are no longer the stuff of sci-fi space opera. Thanks to the U.S. military, there is now a working prototype of a railgun weapon. The most recent test of a railgun took place on December 10, 2010, by the US Navy at the Naval Surface Warfare Center Dahlgren Division. During the test, the Office of Naval Research set a world record by conducting a 33 megajoule shot from the railgun. One megajoule, by the way, is approximately the kinetic energy of a one-ton vehicle moving at 160 km/h (100 mph). Here’s a video of the test shot:

I’m trying not to think of how many taxpayer dollars were used to fund this project, and how many more will be spent as the military continues attempting to turn this into a usable weapon. I also haven’t figured out why this is better than a big fuckin cannon firing a big explosive shell. But I appreciate Ben C. telling me about this anyway, because it appeals to the part of me that’s a sci-fi nerd.

No THAT’S METAL! post would be complete without some weirdness from the natural world. Today’s weirdness is the sparkling enope squid (Watasenia scintillans), also known as the firefly squid. It lives in the Western Pacific ocean and each of its tentacles includes an organ called a photophore that produces light. It’s also the only species of cephalopod in which evidence of color vision has been found. According to The Font of All Human Knowledge, “The squid spends the day at depths of several hundred metres, returning to the surface when night falls”, and it “can also light up its whole body to attract a mate”.

Here’s a beautiful photo of firefly squid on a Pacific shoreline that I found on TYWKIWDBI. Must have been mating season. 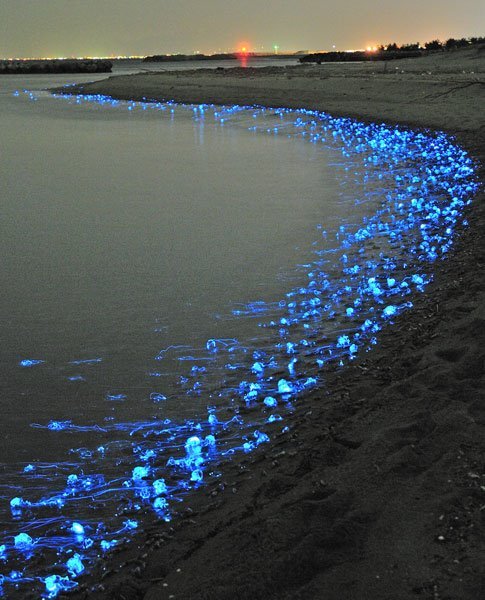 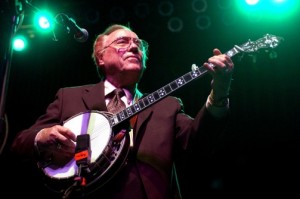 This last item is a cheat on the usual THAT’S METAL! subject matter, because it involves music. The music is metal, too, though it’s not metal music.

Earl Scruggs died on Wednesday of this past week at the age of 88, and I just can’t let that event pass without notice. With his blazing fast, three-finger picking style of banjo playing, he revolutionized bluegrass music, and banjo playing, too. Flatt and Scruggs and the Foggy Mountain Boys was the name of the band that Scruggs formed with Lester Flatt in the late 1940’s, and it was the most famous bluegrass band in the U.S. for almost two decades. When I grew up in Texas, it was in a household where country music was on the radio a lot — and a lot of that was bluegrass from Flatt and Scruggs.

I think of bluegrass as the country music counterpart to speed metal, and I still get a charge out of listening to Earl Scruggs pick the holy hell out of “Foggy Mountain Breakdown”. So, I’m ending this post with that song, followed by a clip I also found on TYWKIWDBI of Flatt and Scruggs playing an accelerated version of “Roll In In My Sweet Baby’s Arms” on The Grand Ol’ Opry tv show.