Money don’t grow on trees. If you’re not born with it, you have to work for it . . . or wait for an African widow to drop it in your lap before she dies of cancer or her dead husband’s greedy relatives steal it. And when you’ve got a bit of money, you need to save it for life’s essentials, like buying CDs, vinyl, and band merch. So when a band asks for financial help, we know that’s a tough thing for most metalheads to honor. But when the donation is really just a down-payment on killer music, the decision becomes a little easier.

Lots of bands without label backing are now using Kickstarter to help finance their activities. Here are two who deserve your support: Dreaming Dead and Gizmachi.

This story just blows my feeble mind. In February I decided to catch up with LA’s Dreaming Dead in a post called “Lapse”, whining about the loooong wait for their Midnightmares album, which the band had been keeping to themselves for almost a year and a half while searching for a label.  Three days later, they announced that the album would be released on April 20, apparently without label support. And then about 10 days ago, thanks to an e-mail from NCS reader Talvalin, I found out that the band had started begging for money on Kickstarter.

I really do not get it. This band’s 2009 debut album (on Ibex Moon records), Within One, was excellent. The songs from Midnightmares that they premiered over the course of that long label hunt were even better. And they have a photogenic frontwoman (Elizabeth Schall) who can both kick out nasty harsh vocals and shred the guitar like nobody’s business. This is NOT a band who should find themselves in this position.

Still, though this is a sad story to me, Dreaming Dead have found humor in their travails. They’ve posted a funny video about their Kickstarter campaign that you can see on their Kickstarter page. And they’re having some success: as of this morning, they’ve raised $3,195 of their $5,000 goal. But only 14 days remain in the campaign, and they won’t get any of the money under Kickstarter’s rules unless they meet their funding goal.

So, especially if you’re a collector of physical music, think seriously about giving them some help. I’ve heard Midnightmares, and it’s worth the investment. As usual, donations will entitle donor to an array of merch packages, depending on the donation level. Now here’s a reminder of why this band is worth caring about — “Lapse”, from Midnightmares:

And now, one more band who could use a helping hand . . . 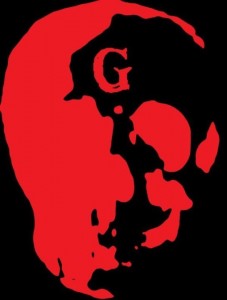 We found out about this New York band from our friends in West Virginia’s Byzantine (whose own Kickstarter project proved to be a rousing success, exceeding its $5,000 funding goal by almost $3,000 in mid-March). Byzantine is recording their new album alongside engineer/producer and Gizmachi guitarist Jason Hannon.

Gizmachi released their debut album, The Imbuing, back in 2005, and it was a satisfying platter of progressive groove metal. They began work on the follow-up as far back as 2007, but then the avalanche of shit known as “life” got in the way and forced the guys to put the project on hold until early 2010, when work on the second album resumed.

They now have 11 songs ready to go . . . but not enough money to finish the recording and pay for mixing/mastering, artwork, the pressing of CDs, etc. So, they’ve started a Kickstarter campaign with a $5,000 goal and a May 18 deadline to meet it. As of this morning, they’ve raised $1,010 — so they’ve still got a long way to go.

A gap of 7 years between albums is significant, and metal trends have taken off in all sorts of unpredictable directions during that time. So it’s almost not fair to post Gizmachi music from The Imbuing, because it would be surprising if this band hadn’t evolved since then. But that’s what I have, and that’s what I’m serving up.

Listen to these tracks and then think about helping Gizmachi reach their Kickstarter goal. I for one am very curious to hear what Gizmachi has in store for us. Their Kickstarter page can be accessed via this link, and you can find the band on Facebook here.

4 Responses to “KICKSTART THESE BANDS: DREAMING DEAD AND GIZMACHI”