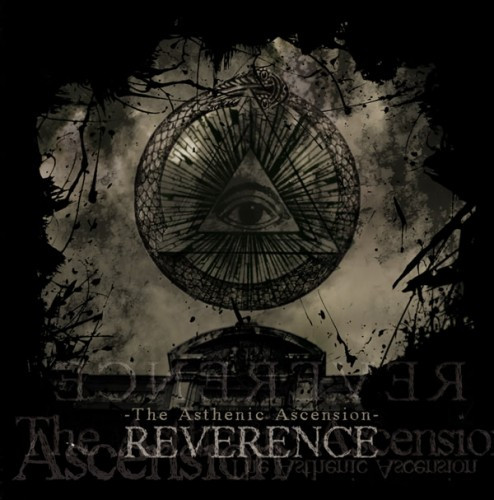 We’ve got some show reviews and an interview coming up today that you won’t want to miss, but I thought I’d start off our Wednesday with an assortment of metal that I discovered yesterday while browsing the interhole. The first two items are from bands whose music I’d never heard before: Reverence (France) and Zatokrev (Switzerland). Both have been signed by Candlelight Records, and the songs I heard are new. The Reverence track comes packaged with an official video that’s a real eye-catcher. The third item is a new video from a Russian band we’ve featured here before — The Korea.

This French band had their genesis in 1998. After assorted demos and splits (including one with Blut Aus Nord in 2003), they released their first album in 2005. Two more followed that one, and in 2010 the band signed up with Candlelight. Their fourth album and first Candlelight release, The Asthenic Ascension, hit the streets in Europe on April 9 and is being sold as a CD here.

To launch the new album, the band released a music video for “Earth”, the new album’s opening track. Although I’ve seen Reverence described as industrial black metal, “Earth” begins with a slow, lush, orchestral introduction, and when the metal starts, that symphonic air remains. The music swells with keyboard grandeur and heavy riffs and includes a mix of clean and harsh vocals.

“Industrial” this is not; it has more in common with Dimmu Borgir than Blut Aus Nord. Though I enjoyed the song, it’s not enough on its own to make me rush out and get the album. It’s the combination of the music and the video that landed “Earth” in this post.

The video is visually arresting in all sorts of ways and it converts the music into something more dark and disturbing than the song by itself might have conveyed. There’s some naked female flesh, just in case you’re watching from a place where that might arouse consternation.

I’m going to include a SoundCloud player for the song, too, just in case the YouTube censors wake up and decide to put an age restriction on the video, which would probably kill my embed.

Reverence have a page on the moribund MySpace network here. I haven’t found a Facebook page. 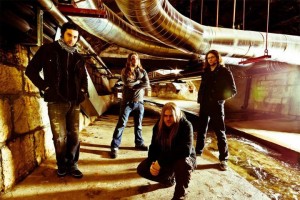 Zatokrev call Basel, Switzerland, home. Their debut album was released in the UK on the Codebreaker label in 2004, and Earache Records later released it in North America. A second album followed that one in 2007, and then the band experienced some line-up changes, followed by the recording of their third full-length, The Bat, The Wheel, And A Long Road To Nowhere — which is just a damned fine album title.

Zatokrev appears to be Candlelight’s most recent signing; the announcement came on March 29. I haven’t yet seen a release date for the new album, but I did find a stream for a new song called “Feel the Fire Pt 1”.

Now, this song hooked me in the gills almost from the first moments. It’s a confluence of styles — some stoner-style guitars, some black metal vocals, an extended post-rock instrumental segment, and more. It jams hard and it also flows like a river. And my holy fuck, there are some thick bass lines in this song that rise up and set the barbs fast. I’m diggin’ this thing mightily and definitely want to hear more from the new album.

Here are Zatokrev band links; some of their earlier material is available via the Bandcamp linkage. 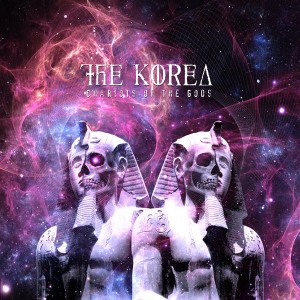 I found out about these unsigned dudes from Saint Petersburg in January through a trippy video they released for a song called “Chaos Theory”. It includes a bunch of eye-catching CGI segments interspersed with strobed-out, fast/slo footage of the band blasting away, and I liked the video so much that I included it in this post.

“Chaos Theory” was the first single released from The Korea’s debut album, Chariots of the Gods, which is now selling on iTunes and Amazon mp3. Yesterday I saw another video for a different song, “Armada”. The audio track is the album version of the song, which is synced (reasonably well, though not flawlessly) with footage of a live performance.

I’m tempted to call this song a guilty pleasure, because the metal elitist that dwells within me insists that I should feel guilty for listening to a djent-heavy band that includes clean singing. But the “I don’t give a fuck” part of me has won out, and so I can’t honestly say I feel guilty about liking this track. The down-tuned syncopation grabs me, and so does the melody in this song — and Ilya Sannikov’s strong clean vocals don’t annoy me either. So there.

Eugene Potehin and Alexander Kuznetsov have also got some guitar chops, as you’ll see not only in the “Armada” video but also in a second, playthrough video I’m including for yet another song, a prog/djent tune called “Zombie”, which I also don’t feel guilty about liking either. So there.

You can find The Korea on Facebook via this link, and they have an official site (Russian language) here.

4 Responses to “ALL OVER THE PLACE: REVERENCE, ZATOKREV, AND THE KOREA”