(In this post, Andy Synn reviews a new album that’s been highly anticipated by your friends here at NCS — Rise of the Phoenix by Finland’s Before the Dawn.)

So, to atone for my most recent sinning, I’ve decided to bring you an album that thoroughly adheres to the site’s name. Truthfully, there is no clean singing on this album.

That in itself might be a bugbear for some, though, as Before The Dawn have become somewhat synonymous with their clean vocal sections in recent years. Indeed, mainman Tuomas Saukkonen’s declaration that he has decided to make a conscious shift away from this sound puts the listener in something of a quandary – as good as this new album is (and it is very good), how will previous records be represented in the band’s setlist in the future?

This, and other important questions remain to be answered, but Rise Of The Phoenix sets the stage for another new era for Before The Dawn. Remember that the band’s sound has shifted and grown since its very inception, shedding its more gothic skin along the way to become the Number 1 capturing entity they were up until this, their most recent transformation. Quite where they will go from here only they can say, but credit to Saukkonen for pursuing a purely artistic change in direction, having achieved chart-topping dominance with their previous style. 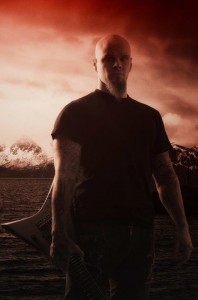 The traditional instrumental intro of “Exordium” steadily introduces layers of flowing acoustic guitar, scintillating keyboards, and grand distortion, building up to first track proper “Pitch-Black Universe”. Stomping over the horizon with a massive, crunching riff in tow, the song segues through a series of heavy, pounding drum beats and huge, growled vocals into a chorus built upon a swirling guitar lead accented by some subtle keyboard embellishments.

Surprisingly though, the song isn’t the most energetic or diverse of openers for the album, which doesn’t really pick up steam until track three, “Phoenix Rising”. With its taut and heavy drum and guitar syncopation, the track acts as a showcase for the drumming talents of new sticksman Joonas Kauppinen, who blasts and rolls his way through the song with impressive speed and versatility. The precision, laser-guided riffs and machine-gun picking patterns act as perfect primer for the song’s epic chorus, as well as providing some clever dynamic diversity, closing with a subdued and melancholic piano rendition of the track’s central melodic theme.

The loping, predatory “Cross to Bear” epitomises the darker shift in direction of this album, its riffs dwelling in the lower scales while its melodies rise in piercing flashes of black lightning. New boy Pyry Hanski lays down a deep foundation of electrifying bass, which rumbles and thrums with power, while the guitars deliver a series of vicious, fanged riffs. The absence of clean vocal hooks has resulted in even greater emphasis being placed on the song’s swirling lead melodies, which weave a series of complex melodic threads throughout the track. 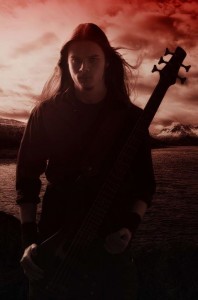 “Throne of Ice” begins with an extended acoustic intro, a gorgeous piece of music in and of itself, matched by an elegant lead part of simple purity. This serves perfectly as the calm before the storm, the song erupting in a blizzard of speed and grandiose, frost-ridden melody. Equal parts groaning, glacial groove and hailstorm velocity, the song takes its time building steadily toward a monolithic chorus refrain which crowns the track with imperial majesty.

“Perfect Storm” is a sharp little number, albeit one that occasionally strays a little too close into melodeath-by-numbers, though it is redeemed by an absolutely massive chorus and a sizzling solo. That’s not to say the track is bad per se, as the verse riffage crackles with energy and the vocals growl and rage with elemental power. It’s just that the swirling chorus lead and sparking, electric solo have a tendency to overshadow the rest of the song.

The rough and ready riffage and elastic bass-lines of “Fallen World” definitely pick up any slack left over from the previous track, though, the band crafting a stomping, irresistible rhythm of pure headbanging energy, replete with an undercurrent of brooding melody. Its grinding bass-tone gives the song weight and depth, melding in symbiosis with the pounding drums to produce a devastatingly dense and punishing sound.

The initial riff of “Eclipse” is impeccably written and typically Finnish, razor-sharp and scathingly melodic. Blistering tremolo work and nimble blast-beats keep the track racing along at an impressive pace, leading up to a strident, colossal chorus and whirling solo. The song’s acoustic mid-section is a thing of glory, blessed by some swirling, ambient keys and clean-picked, sumptuous guitar work which provides a respite from the raging storm-winds of titanic riffage.

The album’s denouement comes with the aptly named “Closure”, a primarily instrumental closing chapter which progresses through movements of sublime acoustic guitar, soaring leads, and subtle keyboard embellishments. As the track grows in stature, more and more metallic elements are introduced, the drums providing a captivating and unrelenting core of power around which is built a steady march of huge, crashing chords and a slow-burning vocal fire.

I can see this album being surprisingly divisive in several ways, as the absence of clean vocal hooks is quite a big shift considering how prominently they featured on the last album. That being said, the absence of clean vocals seems to have allowed the keys more prominence in the overall mix, their ethereal sound maintaining a coherent thread of light and beauty throughout the album’s tracks. Similarly, the group have stepped up the emphasis on their guitar leads, matching flowing, melancholy melody with an improved and enhanced complexity.

I’m in two minds myself about this one. At its best, the album captures such an infectious, electric energy that the crackling riffs and thunderous bass (something which has definitely been turned up to increase the album’s heaviness) are utterly irresistible. The riffs are both crushing and memorable, with the album’s guitar tone being particularly potent this time around. However, there are times when certain tracks (mainly “Pitch-Black Universe” and “Perfect Storm”) seem slightly lacking in the absence of clean vocals, suffering from a more limited arrangement and a lack of diversity. 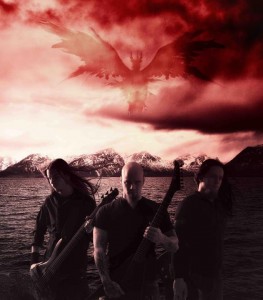 Still, this is only a minor complaint, as this enforced change in stylistic direction, both minor and integral at the same time, seems to have brought out the best from the band, resulting in the delivery of a plethora of riffs that are as captivatingly catchy as they are heavy. Though not every track is able to attain the same heights of gleaming metallic perfection, at its best this album marries melodic power and precision in a way few others can match.

Rise of the Phoenix was released yesterday in Finland and will be released in the rest of Europe by Nuclear Blast on April 27. It can be ordered now from Nuclear Blast and from Record Shop X in Finland, both of which ship worldwide and both of which are streaming minute-and-a-half excerpts from each song HERE and HERE. I don’t yet have any info about North American release dates; Amazon US is selling the album as an import with a May 1 ship date.

You can find Before the Dawn on Facebook via this link.

Two songs from the album have been released as official videos. Here they are:

3 Responses to “BEFORE THE DAWN: “RISE OF THE PHOENIX””