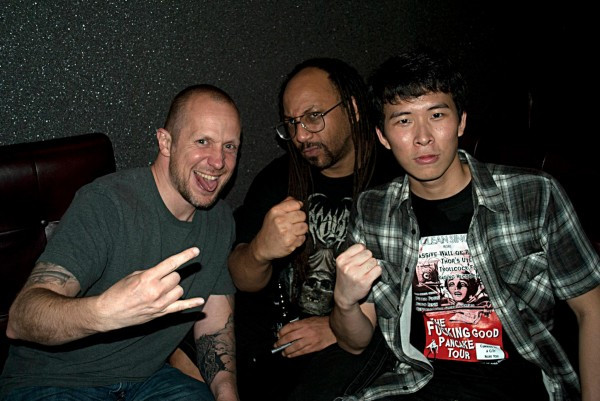 That, my friends, is Happy Metal Guy wearing the NCS Fucking Good Pancake Tour shirt with none other than Frank Motherfucking Mullen and Terrance Motherfucking Hobbs of the almighty Suffocation, and the photo was taken in motherfucking Singapore, no less. And that’s not all — not by a long shot.

After the jump, you’ll see photos of Happy Metal Guy, once again looking just smashing in the old massive wall of penis, with members of Nile and Psycroptic. Yes, HMG collared all of these bands yesterday in advance of  the Diablo Open Air Festival in Singapore, which took place on April 26 (Singapore time). He is covering that festival for Teeth of the Divine, and I understand he’ll be meeting up with Arch Enemy by the time you read this. Of course, I expect he will have the same exemplary culinary taste when he dresses for that meeting. UPDATE: HMG did get a quick meet with a few Arch Enemy members, and there’s a pic of him with awesome drummer Daniel Erlandsson and new guitarist Nick Cordle after the jump.

If you don’t immediately recognize the name “Happy Metal Guy”, that’s the pseudonym he uses when he writes for Angry Metal Guy, but he has other names, including a couple he has used when he contributes posts here at NCS (including the “Keyboard Warrior” interview series). He also writes for a bunch of other sites, too — the dude just plain gets around, y’know? But he made me proud wearing the NCS shirt for his meetings with all those big-name metal bands half a world away from where we run this site. So fucking cool.

Also, very fucking cool that none of these bands had HMG ejected from the premises after they saw that shirt. 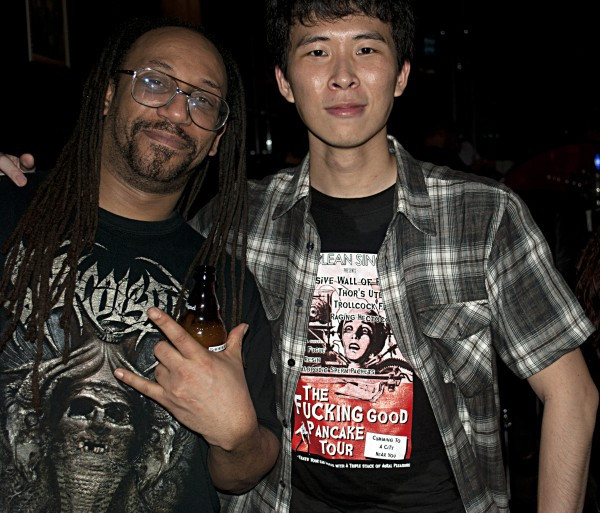 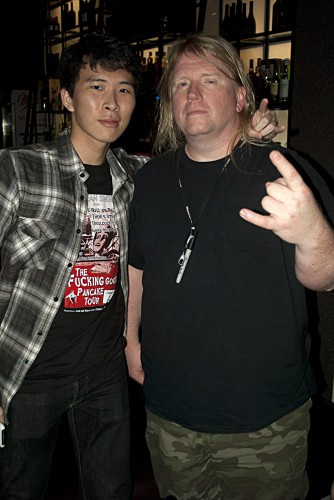 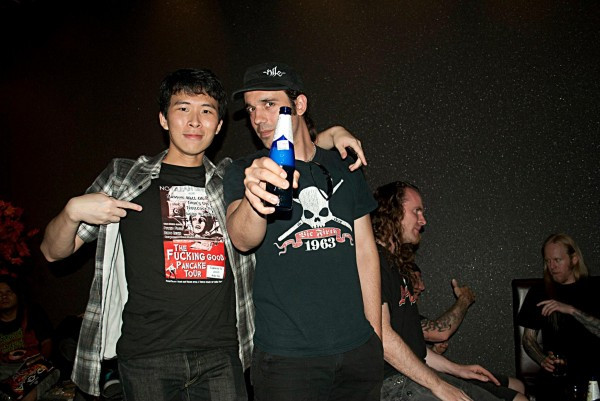 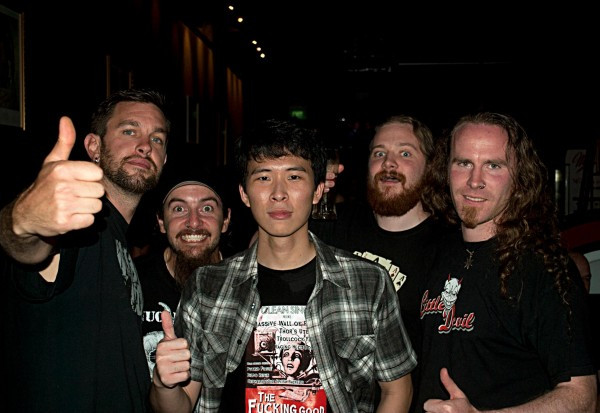 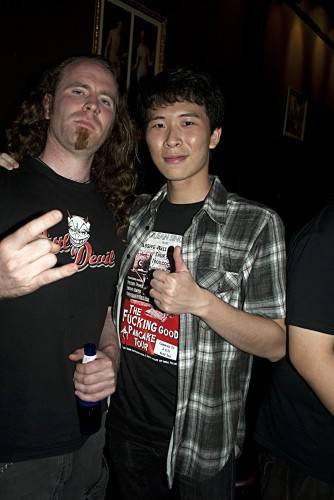 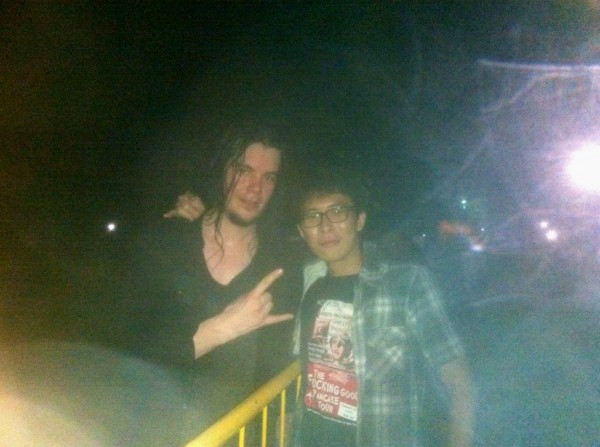 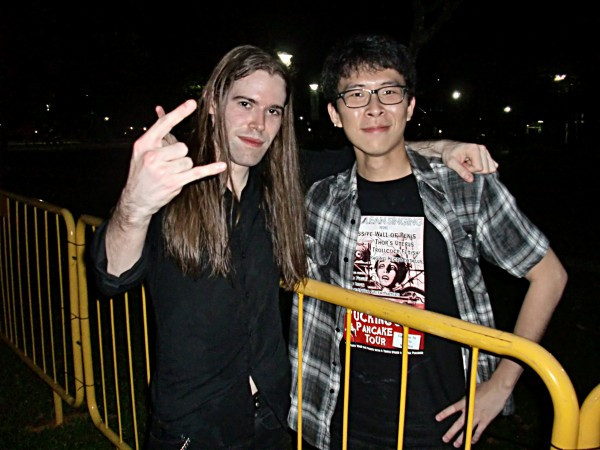 12 Responses to “NOW THIS IS HOW YOU REPRESENT!”