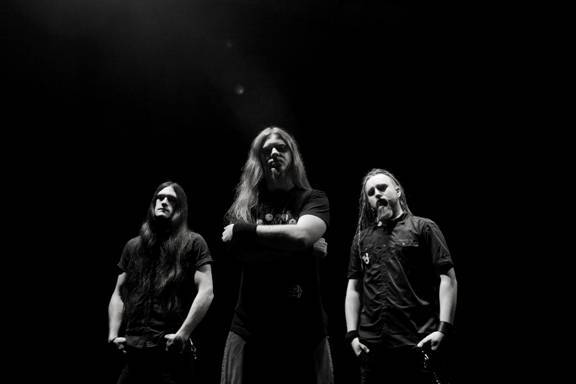 The band, playing against a black backdrop, filmed in black and white. The camera, cutting and moving like a hornet swarm. The song, both brutal and hypnotic.

In a nutshell, that’s the brand new video for “Homo Sum”, the fourth track off of Decapitated’s amazing 2011 album, Carnival Is Forever. The video was directed by Marcin Halerz of Redpig Productions.

On an album full of gems, “Homo Sum” has over time become my favorite track. It is the epitome of pummeling, but that guitar solo makes such a striking contrast. When that solo starts, my eyes begin to glaze over and a little drool starts to run down my chin (on both sides, because I am level-headed). And then the pummeling begins again, and I get whiplash. Doesn’t that happen to you, too?

Watch after the jump.