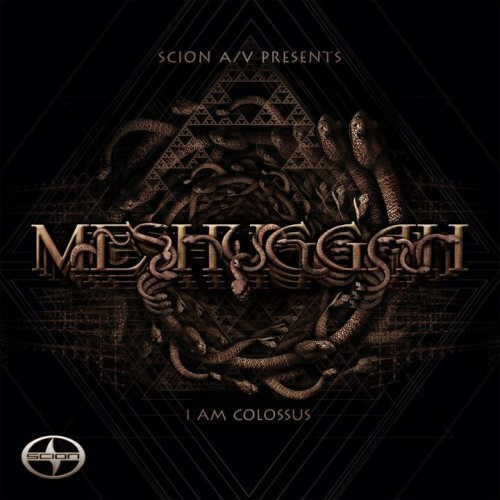 I’m commuting home from my fucking day job on a floating bus called a ferry boat and what do my bloodshot eyes spy but two items that I thought my NCS brethren and sistren might enjoy.

The first is a remix of “I Am Colossus”, which as any heathen knows is a Meshuggah track off Koloss. Now, remixing Meshuggah could be (and probably will be) considered a form of blasphemy punishable by castration, but this remix turns out to be good. Not as good as the original mind you, but I think it’s still worth hearing. And if you like what you hear, you can get it for free at this location, courtesy of those inexplicably generous metalheads at Scion A/V.

The remix was created by Engine-Earz & Foreign Beggars. I have no idea who they are, but they’ve made the song sound . . . both more and less evil. If you ain’t into electro even a little bit, you won’t like it. If you dabble some, then this might be your thing. I thought it was cool. Check it out following the jump.

The next album from Dying Fetus — Reign Supreme — will be released by Relapse Records on June 19. We featured one of the album’s tracks (“Subjected To A Beating”) here. Just a few hours ago, Relapse published a musical preview of the whole album. I’d rather have the whole album, of course, or at least another full song, but even this collection of excerpts sounds fine — like a collection of fine scalpels, bone saws, and chest-spreaders wielded by metal surgeons who ain’t afraid of blood. There are a few surprising sounds in here, too.