(TheMadIsraeli review the new album by Dying Fetus, which is out now on Relapse Records.)

John Gallagher has been at this shit now for TWENTY-FOUR YEARS. He’s the godfather of the messy, grimy, seizure-inducing style of tech death, and his sound and approach to songwriting have never been successfully emulated, although no one really even dares to try. Who else is mixing technical death metal, grindcore, NYHC, and slam so well right now? Nobody that I’m aware of, and especially nobody who does it so organically, honestly, and with such passion and dedication. END_OF_DOCUMENT_TOKEN_TO_BE_REPLACED

So let us sunder forth so that I can quickly go back to attempting to stuff myself onto the second shelf of the freezer next to the frozen lasagna boxes. END_OF_DOCUMENT_TOKEN_TO_BE_REPLACED

I might be able to do the same thing tomorrow, but probably not more than that. Hope you find some things to like in the following eclectic collection. END_OF_DOCUMENT_TOKEN_TO_BE_REPLACED

Here’s a video that appeared today for “Fixated On Devastation”, a track from the new Dying Fetus album, Wrong One To Fuck With. It was filmed by Mitch Massie live at the Voltage Lounge in Philadelphia, PA, on March 17th. END_OF_DOCUMENT_TOKEN_TO_BE_REPLACED

I found this new EP through a link on Facebook by Black Bow Records. Spellcaster is the debut release of a crushing UK sludge/doom trio named Witchapter. It’s available digitally now, and it seems that a physical release via Black Bow will happen on July 4th. END_OF_DOCUMENT_TOKEN_TO_BE_REPLACED

Yesterday brought details about the next Katatonia album, as well as a very brief teaser video. This will be their tenth studio full-length, with the title of The Fall of Hearts. It’s set for a May 20 release by Peaceville Records. Here’s the artwork (by Travis Smith, of course): END_OF_DOCUMENT_TOKEN_TO_BE_REPLACED

But this turns out to be just one stop on a brief West Coast tour by BtA. On October 12, Behold…the Arctopus and Botanist will be playing together with Agalloch and Eight Bells at Day 3 of the Fall Into Darkness festival in Portland (OR). And on October 11 BtA and Botanist will be playing Oakland along with a Bay Area band named Burmese. END_OF_DOCUMENT_TOKEN_TO_BE_REPLACED

(Our roving reporter Andy Synn was fortunate enough to take in the 2013 edition of the Summer Breeze open air festival in Germany last month and has prepared a multi-part review accompanied by videos that he shot during the festival. Today we bring you Part 1 of his write-up.)

Apologies to anyone who might have been waiting for my SB review this year. The trip to Seattle took up 99% of my time since, so I didn’t really have much chance to write things up before now!

Let me tell you though, leaving your house at 1am and driving to Dinkelsbuhl (where the festival is located), arriving at around half 7 in the evening, is a LONG drive. I did the first stretch in one relatively unbroken 10 hour stint, but after that it was a case of frequent stops to rest every time I started feeling my eyes getting heavy. Urgh.

As it was, though, I made it to the festival in time to see Vader… well, some of Vader. Because one minor issue with having the opening night festivities situated in the 3rd stage tent is that you end up trying to pack an entire festival’s worth of people into a venue that, while large in itself, was definitely not designed for that purpose! Thus my Vader viewing experience became a curious mix of long-range appreciation and video-screen voyeurism. END_OF_DOCUMENT_TOKEN_TO_BE_REPLACED 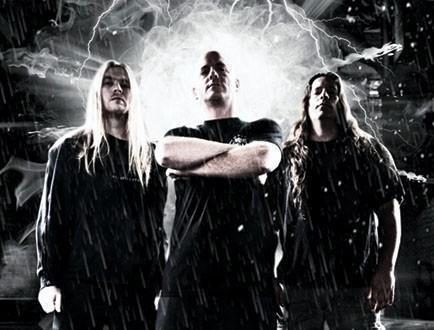 Actually, I don’t know for sure that it will be called the SKULL FUCKING TOUR, but that really should be the name. Here are the dates and places I’ve found so far: END_OF_DOCUMENT_TOKEN_TO_BE_REPLACED 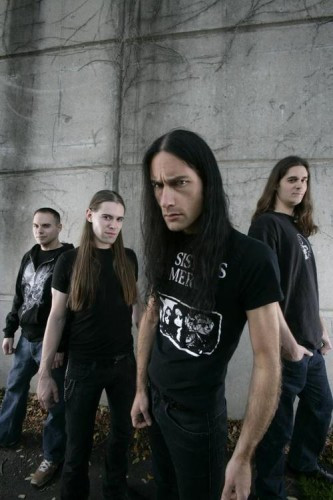 That’s right, with this edition of the column I’m going to try and convince you that your opinions are wrong, and break the Pavlovian conditioning that has led you all to unfairly loathe some genuinely fine albums.

But… this is the internet… so none of that’s probably going to happen.

A little context first off though. A couple of days back I was listening to the new Cryptopsy album (still stunning btw) and suddenly thought to myself, “You know what, I haven’t listened to The Unspoken King in forever… surely it’s not as bad as I remember?”.

And you know what… it is. Ok, so it has a couple of solid songs, and a few that would be pretty good if they weren’t Cryptopsy songs, but overall… wow… it really is bad.

But it did get me thinking about albums towards which the general public consensus is largely negative (often influenced strongly by prevailing media portrayals, and sometimes out and out misrepresentations) but which I think deserve a renaissance, now that the initial furore has died down.

So here I present five of my picks for albums which have been castigated and criticised by the metal community at large, sometimes seemingly without even listening to the actual music, but which I think are actually pretty brilliant, once you get past all the politics and preconceptions. In fact, having spoken to several people about some of these albums, it seems a lot of folks “remember” the albums as being bad, but can’t tell you much about when, or even if, they’ve actually listened to them. So here I intend to rectify that. END_OF_DOCUMENT_TOKEN_TO_BE_REPLACED