Yesterday brought details about the next Katatonia album, as well as a very brief teaser video. This will be their tenth studio full-length, with the title of The Fall of Hearts. It’s set for a May 20 release by Peaceville Records. Here’s the artwork (by Travis Smith, of course): 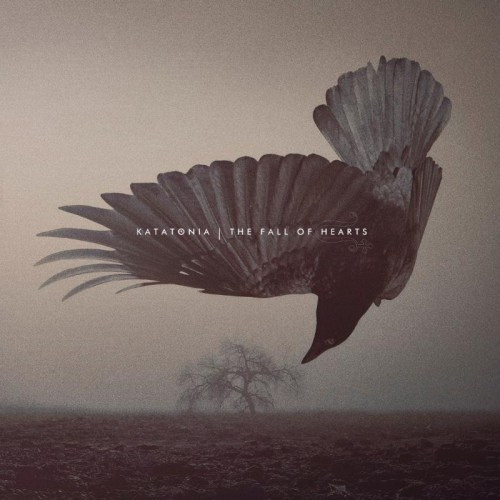 The news was accompanied by this statement from the band:

“This album is probably everything we unknowingly ever dreamed of to release. It’s a bleak but adventurous journey through our elements, we haven’t held back, we have pushed to get forward and backward in the ever spiraling night of our musical legacy.”

And here’s the video teaser: 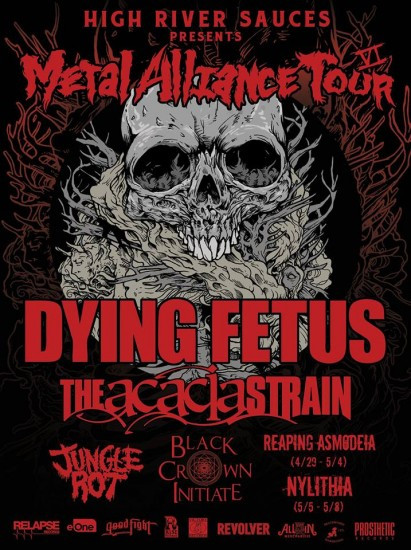 The lineup for 2016’s Metal Alliance Tour was announced yesterday. Dying Fetus will headline with support from The Acacia Strain, Jungle Rot, and Black Crown Initiate. In addition to those bands, Reaping Asmodeia will open from April 29 – May 4 and Nylithia will join the tour from May 5 – 8. The schedule is below; tickets go on sale this Friday, March 11.

Thanks to a message from our Norwegian friend eiterorm, I found out that Harakiri For the Sky premiered a new song yesterday — and it’s amazing.

Back in 2014 we had the pleasure of premiering a song from the band’s last album, Aokigahara. That was my introduction to this two-man Austrian band, and I was sold, big-time.

Their new album is named III: Trauma (which again features artwork by Tristan Svart), and it will be released by Art of Propaganda (no release date yet announced). The new song is “Calling the Rain“, and it’s an intense experience, a memoriam to the suicide of an old friend. It’s also intensely memorable, earning all of its 11+ minutes and somehow still ending too soon.

I encourage you to go here to read the lyrics after the music stream. 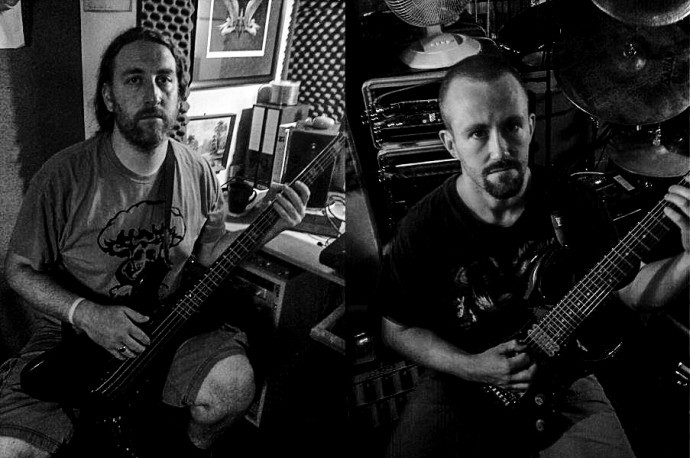 Like the last song, this next one appeared without much fanfare. It’s an advance track named “The Statue On The Island” taken from the forthcoming Mithras album On Strange Loops.

To say that we’ve been eagerly anticipating this new album would be a gross understatement. I’m probably breaching confidentiality, but when Andy Synn linked me to this song yesterday, it was with these words: “Oh god… all other Death Metal albums this year are hereby rendered inconsequential in my eyes.” I don’t think he meant that literally… but he might have.

It was almost exactly three years ago that Andy made Mithras the subject of his 34th SYNN REPORT, and even then their last release (2011’s Time Never Lasts EP) was almost two years old. But from the sounds of this new song, Rayner Coss and Leon Macey have prepared a mighty return: This new song is bombastic, booming, heavy-grooved, incendiary, and cosmic, all at the same time.

We don’t yet have a specific release date for On Strange Loops, other than the estimate that it will by due for release in the last quarter of 2016 via Willowtip Records and Galactic Records. I can hear the groans, because I uttered them myself: The last quarter is a long way off…. 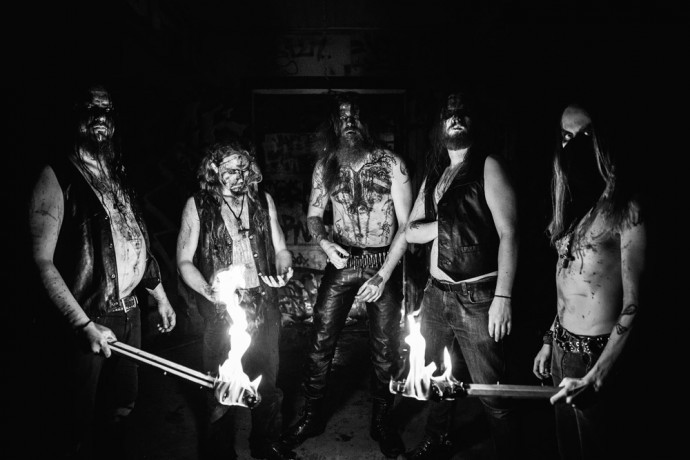 The Finnish black metal band Teloch are a new entity for me, and perhaps I could be forgiven because more than six years have passed since their debut album, Morbid Prayer, and four years since their last release, the Descent-Ascend EP. But now they have a new album named Thus Darkness Spake scheduled for release on May 20 by Saturnal Records.

Although I was unfamiliar with Teloch’s past music, the new song they unveiled last week from the forthcoming album made an immediate and strong impact. The name of the song is “Obliteration”. 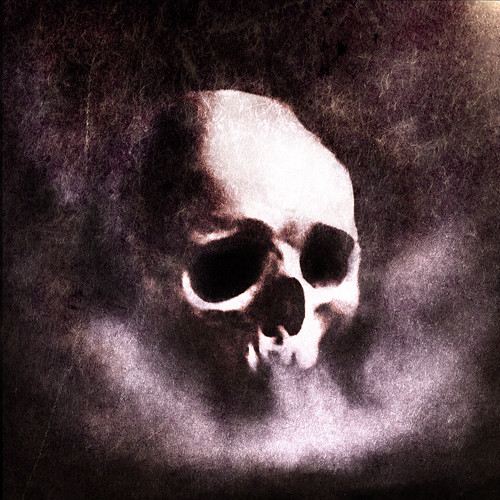 The mid-paced music is as dark and ominous as a moonless night in a graveyard, but the looping, head-nodding riff at the heart of the song drew me to it like filings to a magnet, and the jagged, inflamed vocals give the song the aroma of sulphur. Extra hails and horns to Teloch for giving the bass center stage near the song’s end, too. Don’t blame me if this song gets stuck in your head like a spike. 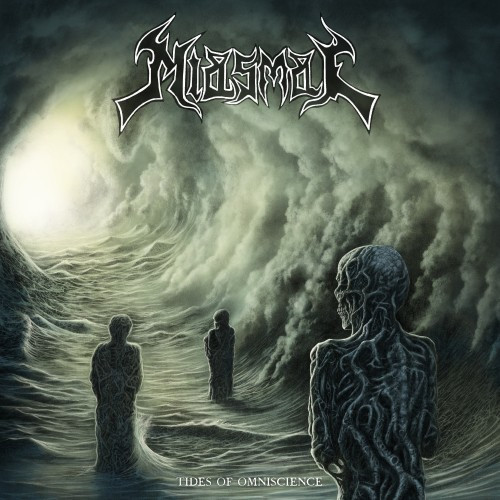 I’m really fucking perplexed by this next item. Back in 2014 I wrote no fewer than five posts about this Swedish band’s last album Cursed Redeemer. We premiered a full stream of the album, and I included a song from it on that year’s list of The Most Infectious Extreme Metal Songs. And yet this year I got not one press release about their new album Tides of Omniscience, nor any advance copy of the album, and was in a state of complete ignorance about its March 4 release until I happened upon the video you’re about to see on the release date.

I mean, I haven’t fool myself into thinking we’re entitled to all the things we didn’t get, but it still seems odd, especially since the album was released by a promotional powerhouse like Century Media. Anyway, on to this new video for a song called “Deception”. It’s a rollicking, rambunctious, high-octane blast of punk- and thrash-infused infused death metal that’s very catchy. I now need to track down the rest of the album, goddammit. 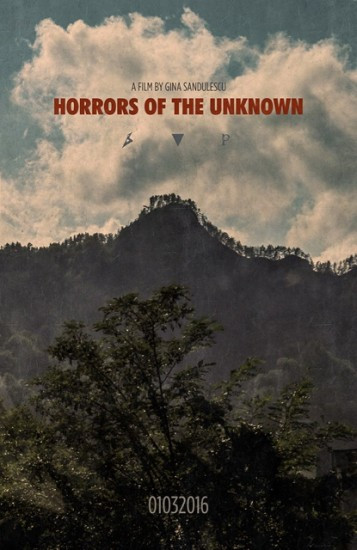 HORRORS OF THE UNKNOWN

Horrors of the Unknown is a documentary by Gina Sandulescu featuring footage from a Romanian tour in late September of last year by three excellent and distinctive bands we’ve featured at our site in the past: Bloodway (Romania), Valborg (Germany), and Perihelion (Hungary).

The 32-minute film includes narrative commentary and reflections on the tour (and on life in general) by members of the bands, and of course footage from the performances as well as lots of scenes from the Romanian countryside and cities. And the editing and visual effects are as distinctive as the music. Worth watching.

To finish this largish round-up, here’s a video for the song “Söngur heiftar” by the Icelandic black metal band Misþyrming. The song is from the fantastic 2015 album Söngvar Elds go Óreiðu. The video was created by Woda i Pustka, matching footage from the band’s live performance in Krakow, Poland, on December 12th, 2015, with the album track. The editing makes the visuals burn with the same intensity as the music — though the band is fascinating to watch all by themselves (especially the guitarist playing his instrument while holding it in a vertical position).

8 Responses to “SEEN AND HEARD: KATATONIA, THE METAL ALLIANCE TOUR, HARAKIRI FROM THE SKY, MITHRAS, TELOCH, MIASMAL, HORRORS OF THE UNKNOWN, MISÞYRMING”