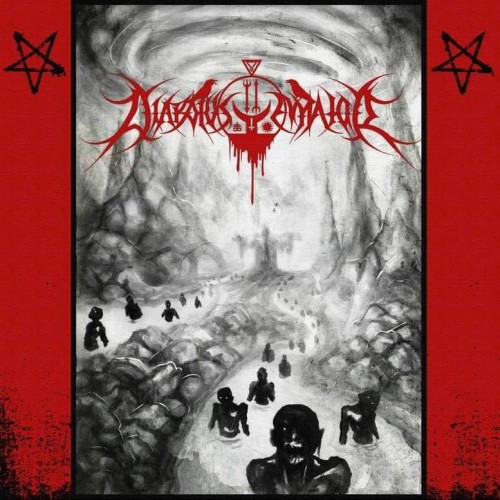 Despotic Conjuring of the Soulless is the second album by Diabolus Amator, a black metal project created by a multi-instrumental musician now based in Virginia who goes by the name Abyss, with vocals provided by Lörd Matzigkeitus of the Canadian band Idolatry. It consists of 11 original songs and an excellent cover of Inquisition’s wonderful “Desolate Funeral Chant”. For me, the album came out of left field, but it has proven to be a very welcome and highly prized surprise. I’m very glad we have the chance to share with you a stream of the whole album.

The first time I heard the album, I thought I had it figured out by the end of the first three songs — which is the point at which there comes a break in the action, provided by the ominous, groaning ambient track “Invocation of the Abyssic Dragon”. But I was wrong. Not only does the album display different facets of sound and style the deeper you go into it, the best tracks may lie in the second half — though the first half is damned good, too. 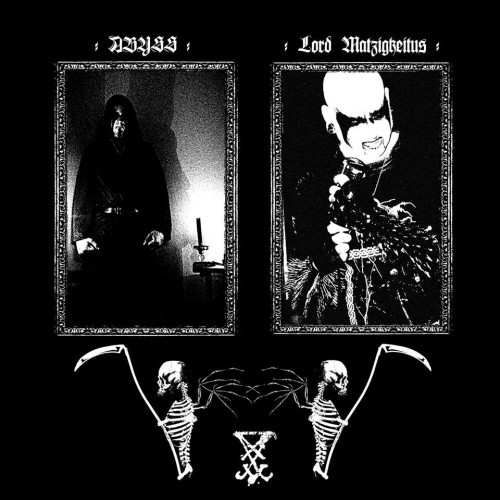 Unlike what seems to be true of most current black metal releases, the original songs on Despotic Conjuring… are comparatively brief, almost all of them in the three-minute range. That in itself, coupled with the variety within and among the songs, makes the album a thrill-ride as a straight run-through.

There’s a lot of raw ferocity in the music, with many of the songs unleashing satanic warfare through cyclones of frenzied, treble-pitched riffs and blasting drums, coupled with deranged demonic shrieking. When the band are in that mode, moving at blazing speed and with barely restrained depravity, it’s like being assaulted by a strike force from hell. The production of the music, which leans on the lo-fi end of the scale, sometimes makes the music sound like it was recorded in a wind tunnel — with the band themselves generating the gale-force intensity.

But that kind of raging onslaught doesn’t completely dominate any of the songs, because Diabolus Amator are equally fond of backing off the intensity to make way for mid-paced rocking rhythms and hook-filled chords; they can be as reminiscent of early Bathory (with even that infernal shrieking bringing to mind shades of immortal Quorthon) as Marduk in full attack mode. And in songs like “Pregnant Virgin Whore”, “Sanity Returns With her Daggers”, and “Funeral Light”, they’re also adept at creating dark, dirge-like processionals laced with funereal minor-key melodies alongside those storming assaults.

And that still doesn’t exhaust the album’s variety. “Evolution Smite Thy Meek God” is anchored by a swinging, mid-paced riff and strummed melodic chords that are almost bright (and easily get stuck in the head), while “Gripped, Ever Draining” and “Glory Unto Lucifer” deliver the kind of slow, intense waves of epic guitar melody that bring to mind the cold Northern darkness of Dissection — both songs being preceded by an interlude (“A Storm In the Void of Leviathan”) that’s little more than the sound of rain and thunder.

In a nutshell, Despotic Conjuring… is well worth the full trip from start to finish and should satisfy a range of black metal tastes along the way — from a taste for bestial barbarousness to a hankering for sinister, satanic rock ‘n’ roll, from a desire for the darkness of an occult ritual to the thirst for grim and frigid majesty.

Despotic Conjuring… is being released by Luciferic Triumph Records and can be pre-ordered via the Bandcamp link below.

2 Responses to “AN NCS PREMIERE (AND A REVIEW): DIABOLUS AMATOR — “DESPOTIC CONJURING OF THE SOULLESS””