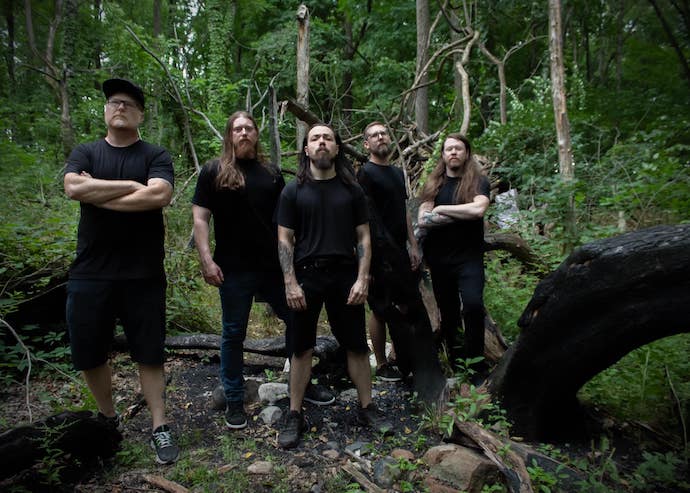 For the 20th Part of this still-escalating list ,variety is the name of the game, because I’ve chosen three songs that don’t have much in common. I guess you could say they’re all in sub-genres of death metal, but there the connection mostly ends.

Well, not quite. I’ll mention a few more connections: The first two bands both make their homes in Indianapolis; Todd Manning reviewed both of them for us; and all three albums arrived with eye-catching cover art. END_OF_DOCUMENT_TOKEN_TO_BE_REPLACED

(On June 17th Unique Leader Records will unleash a new album by the French technical death metal band Exocrine, and in advance of that we present DGR‘s extensive review.)

French tech-death group Exocrine‘s 2020 release Maelstrom landed pretty hard with me here at the site. Up to that point the group’s albums had always been a particular highlight of the given year of their release but Maelstrom really felt like the stars aligning for them. Their combination of head-spinning songwriting and sheer musical heft mixed well with the group’s experimentation throughout the album with varying synth lines, clean backing vocals, occasional brass and trumpet section solos for scene-setting, and atmospheric works, which oftentimes was more excessive than necessary.

It all worked for Maelstrom though, and made that album into an adventure, more than just the latest headspinner from a group known for making headspinners. Once you reached “Wall Of Water” on that album, you’d essentially reached the top of the roller-coaster and were now ready to accelerate downhill into whatever Exocrine had in store for you. That’s why the announcement of the group’s newest album, The Hybrid Suns – nearly two years later – was an exciting one. END_OF_DOCUMENT_TOKEN_TO_BE_REPLACED

To lead off we’ll go with a new Exocrine song, which two of my NCS comrades enthusiastically pushed my way. It’s the title track from the band’s fifth album, The Hybrid Suns, which Unique Leader plans to release on June 17th. END_OF_DOCUMENT_TOKEN_TO_BE_REPLACED 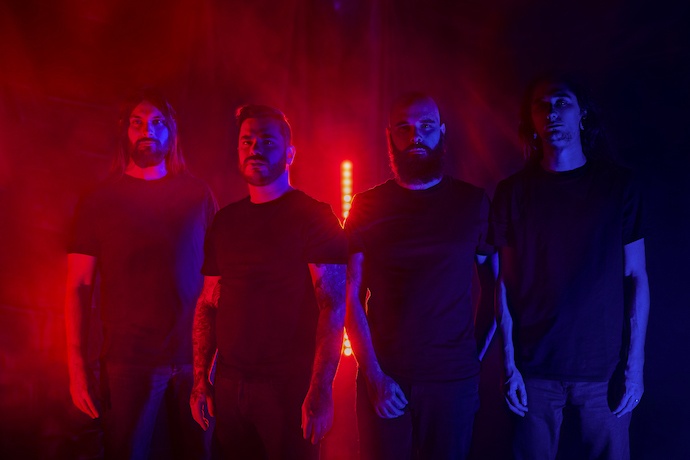 (Andy Synn has chosen to devote his SYNN REPORT for the month of June to the discography of the French band Exocrine, whose new album Maelstrom was released by Unique Leader on June 26th.)

Recommended for fans of: The Faceless, Gorod, Beneath the Massacre

The purpose of The Synn Report is, obviously, to give our readers an overview of the background and back-catalogue of whatever band I select each month.

One of the great things about this approach, of course, is that it allows all of us (myself included) to see just how the band in question has evolved over the course of their career.

In the case of French four-piece Exocrine the band’s evolution has led them to grow from some relatively humble beginnings into something far more titanic, and if 2018’s blazing Molten Giant didn’t convince you of the group’s tech-tastic lethality then perhaps their recently released fourth record, Maelstrom, will?

Before then, of course, there’s three other albums to sink your teeth into… END_OF_DOCUMENT_TOKEN_TO_BE_REPLACED

Ugly, sludgy riffing that moans and groans… methodical drum pounding… grotesque, gritty growls and terrifying howls… a meaty bass line combined with eerie ringing notes… flares of evil braying chords rising up like a death anthem and descending like a plague gouging its way into the body… and then the guitar begins to pulse and the drums begin to hammer and rock… and things get fairly demented and frightening near the end before a final bout of gouging, groaning, and pounding. Really, the whole song is evil…. END_OF_DOCUMENT_TOKEN_TO_BE_REPLACED

Oh, did I spoil that Author & Punisher is making an appearance here? Whoops. Well too bad, Beastland is fucking killer but if you want to know why you’ll have to read on and see just where the San Diego noise-engineer found himself. There’s still a lot of list left to go, and knowing me, at least two-thousand more words of intro paragraph left to be written somewhere so let’s get the third chunk of this motherfucker going. END_OF_DOCUMENT_TOKEN_TO_BE_REPLACED 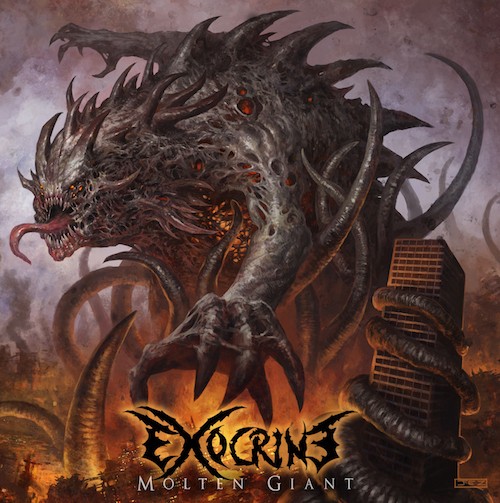 (TheMadIsraeli reviews the new third album by the French death metal band Exocrine, which will be released by Unique Leader Records on August 17.)

There’s a sort of hyper-manic, throw-in-everything-including-the-kitchen-sink school of death metal that, while adopted by few bands, has always been really appealing to me. The main two bands I think of when this approach comes to mind are the legendary hydro-grinders Cephalic Carnage and Cattle Decapitation since their reinvention, starting at Monolith Of Inhumanity. Cephalic Carnage have been out of the album-release game a long time especially, and I feel like they’re a definitely missed icon in extreme metal right now.

Exocrine, however, appear to be a band who’ve been working on usurping the throne of the legendary progressive technical death/grind behemoths by not only doing a convincing spin on the band’s sound, but taking the template Cephalic established and propelling it to an over-the-top extreme. END_OF_DOCUMENT_TOKEN_TO_BE_REPLACED

When I first started using the title “Seen and Heard“, it was because I intended to include both news about, and artwork from, new albums, even when there was nothing yet to hear, as well as streams of new songs. And I have items in both categories to recommend today in this large collection, beginning with the artwork at the top of this post. END_OF_DOCUMENT_TOKEN_TO_BE_REPLACED