Oh, did I spoil that Author & Punisher is making an appearance here? Whoops. Well too bad, Beastland is fucking killer but if you want to know why you’ll have to read on and see just where the San Diego noise-engineer found himself. There’s still a lot of list left to go, and knowing me, at least two-thousand more words of intro paragraph left to be written somewhere so let’s get the third chunk of this motherfucker going. END_OF_DOCUMENT_TOKEN_TO_BE_REPLACED

In fact, yesterday brought so damned much cool stuff that I’d either have to write a half-dozen posts or do what I’m doing here instead — just funneling streams, links, artwork, and news blurbs your way with a minimum of commentary. The bands are presented in alphabetical order — all 18 of them. In most cases, you can enlarge the cover art and photos by clicking on the images in this post. END_OF_DOCUMENT_TOKEN_TO_BE_REPLACED 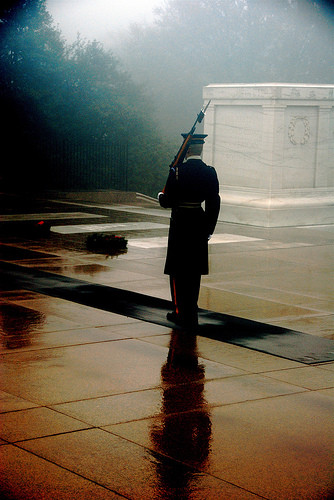 Memorial Day should be a day not only for remembering the dead but also for remembering the living — not only people who are currently serving in the Armed Forces but also veterans. The U.S. has done a piss-poor job of supporting its military veterans. Our government is willing to spend trillions of dollars to finance wars and huge defense establishments, but what we spend to support people after they’ve served their purpose and been discharged — especially those who have been disabled during their service — is shameful. END_OF_DOCUMENT_TOKEN_TO_BE_REPLACED