When I first started using the title “Seen and Heard“, it was because I intended to include both news about, and artwork from, new albums, even when there was nothing yet to hear, as well as streams of new songs. And I have items in both categories to recommend today in this large collection, beginning with the artwork at the top of this post. 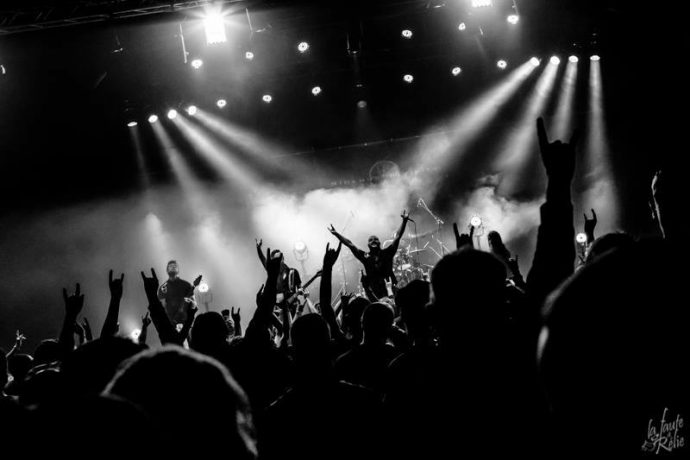 It was created by Vladimir “Smerdulak” Chebakov and appears on the cover of the next album by Italy’s Hideous Divinity, which is entitled Adveniens. Adveniens will be released by Unique Leader on the distant date of April 28. I’m excited about the album for two principal reasons. First, this band’s last album Cobra Verde was a favorite of mine in 2014. And second, there’s this enticing statement from the band’s guitarist Enrico Schettino that accompanied the artwork and news yesterday:

“It may be pretentious to talk about evolution inside our musical genre, this is what Adveniens truly means for us. Just when we believed that with Cobra Verde we reached a point of no return, our songwriting turned even more dark and monumental. Although we’ll never consider ourselves close to Lucyfyre, Adversarial, Deathspell Omega, and Akhlys, the influence of this new wave of obscure metal on us these last years has been massive. The result is our most epic death metal effort ever conceived. “

The fact that the album includes a cover of Sinister’s “Embodiment Of Chaos” adds just that little extra bit of tingling sensation, too. You can be sure we’ll have more to say about Adveniens when Unique Leader starts releasing music in advance of the album drop. 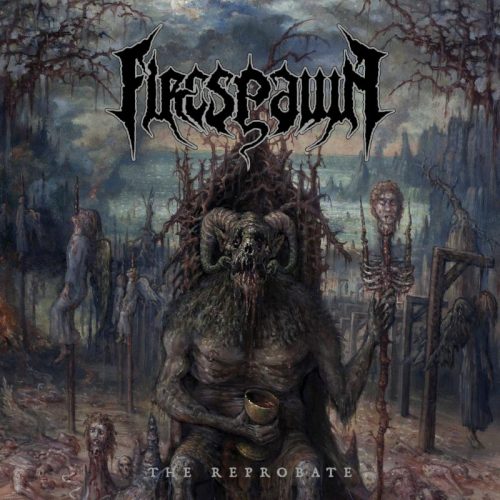 One more item devoted to eye-catching artwork and news before we turn to new music (also accompanied by cool artwork).

Anyone who is even slightly familiar with the artwork of the Italian madman Paolo Girardi will instantly recognize his handiwork above, which is the cover art for the new album by Firespawn. Entitled The Reprobate, it was obviously named for me, and I’m so touched that they did that!  Like the Hideous Divinity album, it will be released on April 28 (by Century Media).

If perchance you’re unfamiliar with Firespawn, the band includes LG Petrov and Victor Brandt from Entombed AD, Fredrik Folkare from Unleashed (ex-Necrophobic), A. Impaler from Necrophobic and Naglfar, and Matte Modin from Raised Fist (ex-Dark Funeral).

Here’s a video from their last album, Shadow Realms, which I happen to love:

In December I wrote about the first advance track (“Boneyard”) from Tyhjyys (“Emptiness”), which is the new album by NCS favorites Wolfheart. The album will be released on March 3 (and can be pre-ordered HERE), and last week DECIBEL premiered a video for another song from the album — “The Flood” — which you can check out below.

The wintry wilderness scenes in the video are beautiful, and so is the song — both self-reflective and somber in its softer moments and surging with gloomy emotional power in its heavier passages. Powerfully infectious, too. 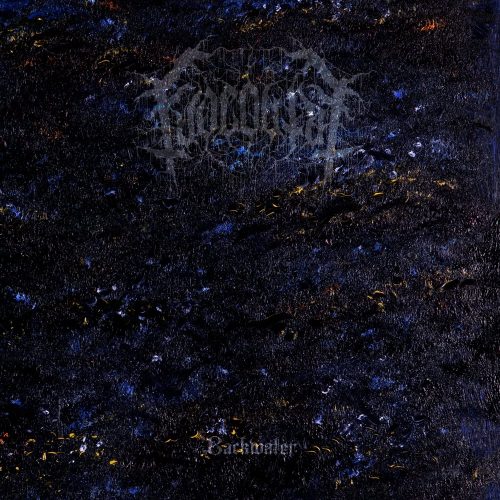 Here’s another piece of art that caught my eye, though the band name associated with it did as well. This is the cover for Backwater, which is the new album by the Italian funeral death/doom band Fuoco Fatuo. It’s set for release on April 7 by Profound Lore. I haven’t discovered who created the artwork.

“Perpetual Apochaos” is the song you can hear below, which first appeared two days ago. It’s vast, immense, void-like, alien, immersive, harrowing, haunting, and hypnotic. (And the track harbors eruptions of violence, so don’t think the entire thing unfolds at the pace of its opening minutes.) I’ve not yet made my way through the entire album in depth, but what I’ve heard so far is telling me Backwater will be a 2017 highlight. Soul-staggering stuff. 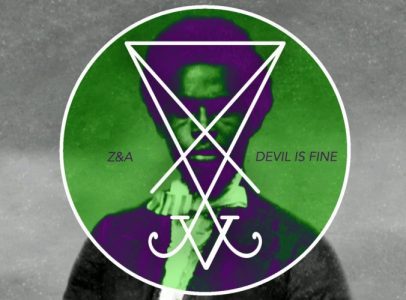 I’ve repeatedly confessed my zeal and ardor for Zeal and Ardor, and especially for the title track to the 2016 debut album Devil Is Fine, which I made a part of our Most Infectious Song list. Below is a video of a live performance of the song.

Yes, the Swiss-American solo creator of Zeal and Ardor (Manuel Gagneux) has now assembled a live line-up, and this video is from their first gig, at a radio studio in Lausanne, Switzerland. They’re playing other live dates this year, and to check out the ones scheduled so far, go here: 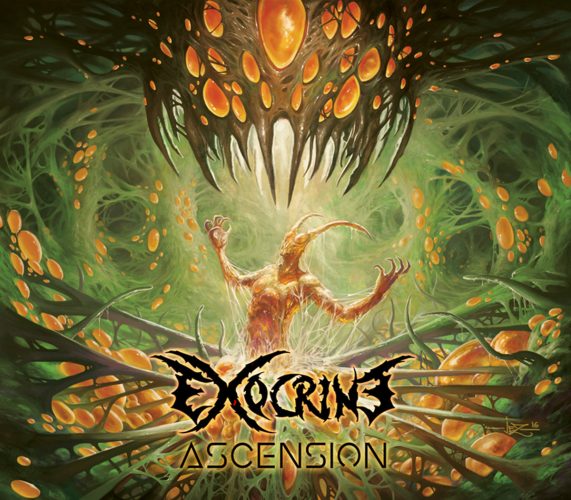 Here’s yet another very eye-catching piece of cover art, this one created for Exocrine’s new album by Bastien Jez. And here’s the full gatefold piece:

Ascension is the name of this new second album by these Frenchmen. It was released last week by Great Dane Records, and it’s available on Bandcamp. As a result of the craziness summarized at the outset of this post, I’ve only listened to the opening track, “Terra” — but man, it has spun my head all the way around.

Great Dane describes the music as technical death metal in the vein of Beyond Creation, Necrophagist, Obscura, and Gorod, and based on this track I think that’s pretty spot-on — except it may not prepare you for the jazzy interlude or the piano outro.

This really does sound very inviting… and if you let the player below continue to run, you’ll be able to take in the entire album. 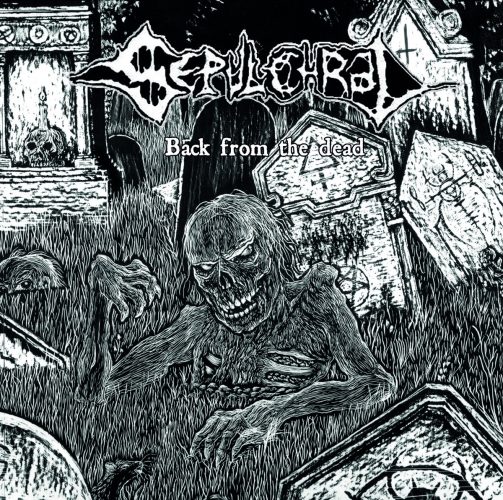 It happens that the final song in this collection comes from yet another album that’s being released by Great Dane Records. This one is Back From the Dead by the French death metal band Sepulchral. This band released two demos and a split in the 1990-1992 period and then disappeared, but have now revived. Back From the Dead is a compilation that includes both original versions of early demo tracks as well as versions of the songs that the band re-recorded last year. It has a February 10 release date, but the whole thing is already streaming on Bandcamp.

What I have below for this playlist is a re=-recorded version of “Putrefying Mass”. It’s fucking ugly as sin, as ghastly as being nailed into a coffin with a suppurating corpse, and as electrifying as a ride on Old Sparky. You gotta love the utterly foul and disgusting vocals… and the bass solo, too. And everything else in this meat-grinding, bone-crushing track.

Definitely old school death metal, definitely done very well… and I’m definitely eager to hear the rest of this compilation. If you let the player below continue to run, it will take you through the rest of the tracks — or go listen here: