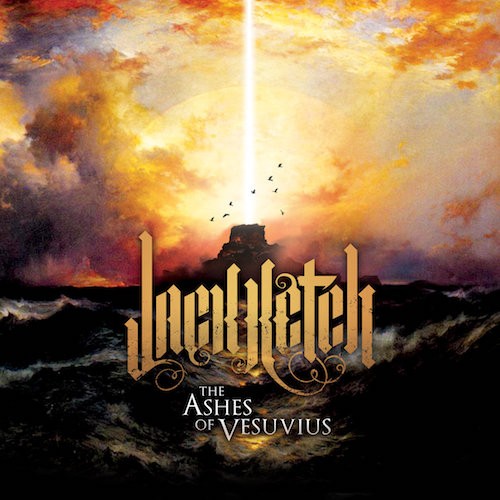 (DGR delivered a tome of reviews so massive that we decided to serialize it throughout the week so as to avoid fracturing your spine beneath its weight. This is the 4th and final part of the series.)

You may have caught it in the opening of my Light This City review, but a lot of bands who’ve been silent for the better part of a decade have decided that 2018 would be a good time to come back. Maybe it’s just the general sense that the world is on fire right now, but a bunch of groups are now putting stuff out as if they’ll never get another chance to do so. Among the increasing number that are returning to us are two local Sacramento acts, one of which released a new album I reviewed yesterday (Journal) and the other of which is Jack Ketch, whose new EP The Ashes Of Vesuvius is a stunning turn of events from the band’s previous material. END_OF_DOCUMENT_TOKEN_TO_BE_REPLACED

I can’t take credit for the Robin Williams–Jumanji meme or the post title. That was suggested by DGR, and actually it was he (with an assist from Andy Synn) who foisted all these new songs and videos on me. Basically, today I’m just a marionette whose strings are being pulled by others. Let’s get this over with so I can go back to listening to really disgusting death and black metal. END_OF_DOCUMENT_TOKEN_TO_BE_REPLACED

So let us sunder forth so that I can quickly go back to attempting to stuff myself onto the second shelf of the freezer next to the frozen lasagna boxes. END_OF_DOCUMENT_TOKEN_TO_BE_REPLACED

(DemiGodRaven checks in with some quick music updates . . .)

Let us all reap the rewards that a little extra time given to a disc can provide. Mechina have uploaded the titular single of their new disc Empyrean, and it is fucking excellent. The band have been one of my favorite recent discoveries as their hybridization (holy shit, spellcheck says that is a word! I was going nuts while typing it. Just constantly repeating, “You’re a fucking idiot for thinking this is real”) of death metal, industrial, one part Fear Factory (mostly in the vocal work, their lead vocalist sounds similar to Burton Bell’s old singing voice), and sci-fi philosophy have bought me hook, line, and sinker.

“Empyrean” is a shorter song but is one of the first chances we’ve gotten to hear anything solid from the new disc since they delayed it in January back to May. It still has amazing orchestral work, driving drum beats, and those vocals just seem to be getting better and better. (after the jump, a new video . . .)