(I should mention that my friends didn’t just send me music. They also made me aware of the news that Meshuggah is recording a new album, and that it will feature the return of Fredrik Thordendal, trading places with Per Nilsson. They also passed along an announcement, accompanied by the photo of Peter Tägtgren above, that Hypocrisy’s new album has been completed.) END_OF_DOCUMENT_TOKEN_TO_BE_REPLACED 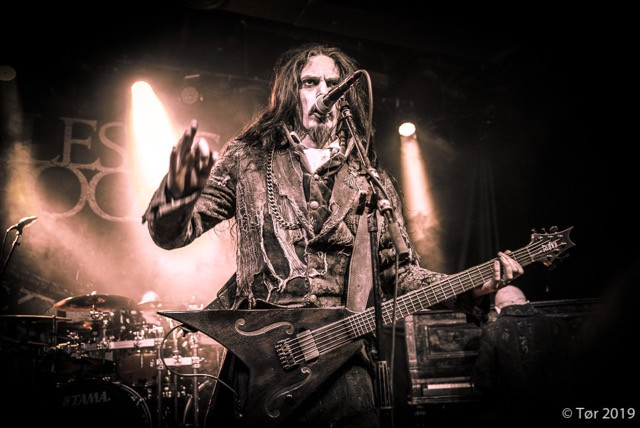 I walk in late and it’s already happening. Openers Aenimus have just taken the stage and are blazing through their set. The crowd is into it: with every riff, the front-row crowd inches closer to the stage monitors. I stand on the side and enjoy the gig -— I like what I’m hearing. The metalcore-tinged proggy riffs take me to a place I’ve been to before but can’t quite recall. I’ve liked what I’ve heard of the new album, Dreamcatcher (Nuclear Blast) so far, and the band doesn’t disappoint live. Despite the solid start to the night, nothing prepares me for what is to come soon. END_OF_DOCUMENT_TOKEN_TO_BE_REPLACED 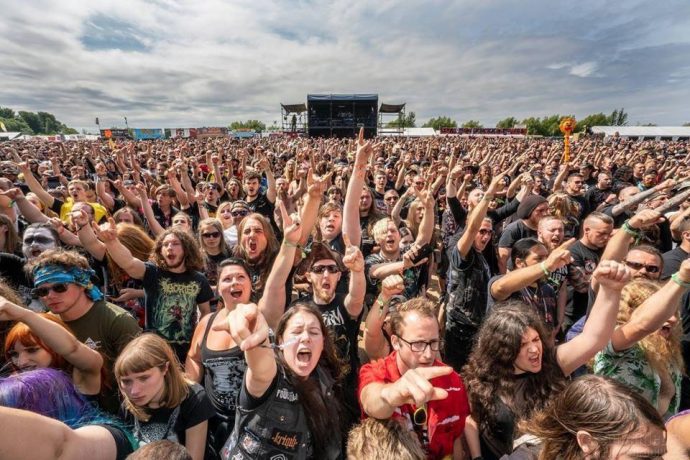 And while I don’t have time to dive into all of these issues, there’s one in particular I’d like to share a few thoughts and feelings about. END_OF_DOCUMENT_TOKEN_TO_BE_REPLACED

But this turns out to be just one stop on a brief West Coast tour by BtA. On October 12, Behold…the Arctopus and Botanist will be playing together with Agalloch and Eight Bells at Day 3 of the Fall Into Darkness festival in Portland (OR). And on October 11 BtA and Botanist will be playing Oakland along with a Bay Area band named Burmese. END_OF_DOCUMENT_TOKEN_TO_BE_REPLACED 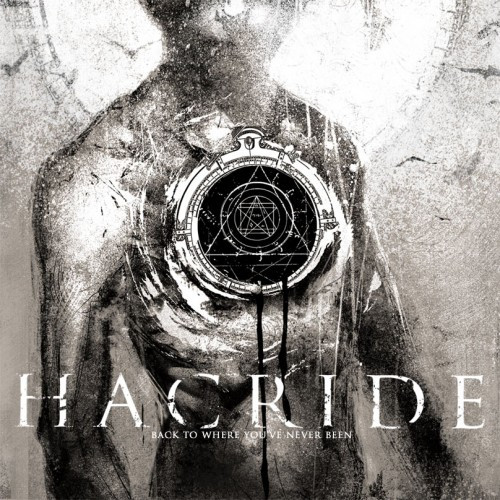 HACRIDE – BACK TO WHERE YOU’VE NEVER BEEN

A change, but not for the best?

END_OF_DOCUMENT_TOKEN_TO_BE_REPLACED 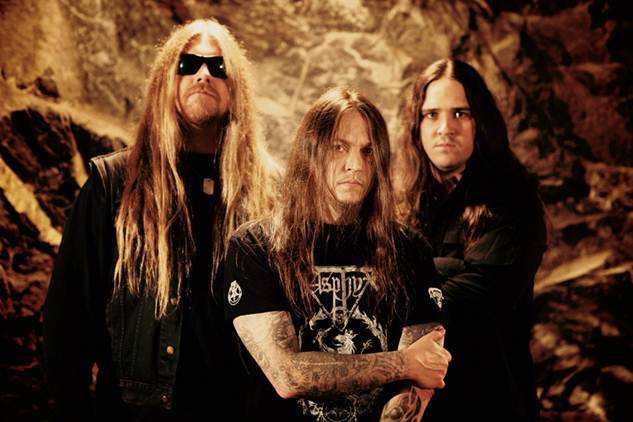 May 14 was a day I was really looking forward to. That was the day that the “End of Disclosure” North American Tour featuring Hypocrisy, Krisiun, Aborted,  and Arsis was supposed to roll into Seattle and flatten it like a pancake. That line-up was so damned fine it was almost too good to be true. Turns out it was too good to be true. I received this press release from Nuclear Blast about half an hour ago:

Swedish death metal legends HYPOCRISY, have been forced to sit out their upcoming North American tour this May due to reasons beyond their control. The band members had received their visa approvals and everything was going as scheduled, until the embassy let them know that the earliest they could pick up their visas, get them stamped and so on, wasn’t until late June at the earliest. A regular procedure that would normally take just a few days to sort, takes much longer at the moment due to that current workload Homeland Security is experiencing.

“As we were getting ready to go get our visas stamped and ready for the tour we were informed that the earliest we could go initially was sometime in July,” explains guitarist/vocalist Peter Tägtgren. “We then immediately continued to call them, got the label to help with some letters, and put our lawyer to work etc. The best that got us was an appointment in late June. This is a HUGE blow to us, to our fans and everyone who has supported HYPOCRISY in North America. Sometimes there are battles you can’t win, and this is one of them. We will be back, I can promise that!”

END_OF_DOCUMENT_TOKEN_TO_BE_REPLACED 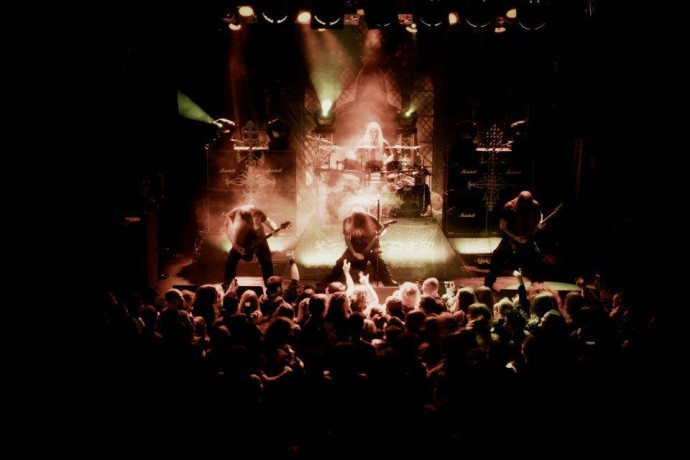 On March 22, 2013, Sweden’s Hypocrisy performed at a record release show in Stockholm for their new album End of Disclosure, which is out now on the Nuclear Blast label. Director Ville Lipiäinen was on hand to film some of what transpired. Lipiäinen was also the director of Hell Over Sofia, the band’s live 2011 performance DVD, and today Nuclear Blast released his video of Hypocrisy performing “Tales of Thy Spineless”.

There’s a lot of old-school, thrashing, grinding death metal in this track, but with a nice little catchy melody that sneaks into the front and back of the song. Actually, the song is like a Hypocrisy sandwich, with one song sandwiched in between parts of another quite different one. I’m happy with both parts (listen for dat base in the middle segment).

The video is, of course, well done. It was filmed from multiple camera angles, including one trained on the front row of the audience. Watch it after the jump. END_OF_DOCUMENT_TOKEN_TO_BE_REPLACED 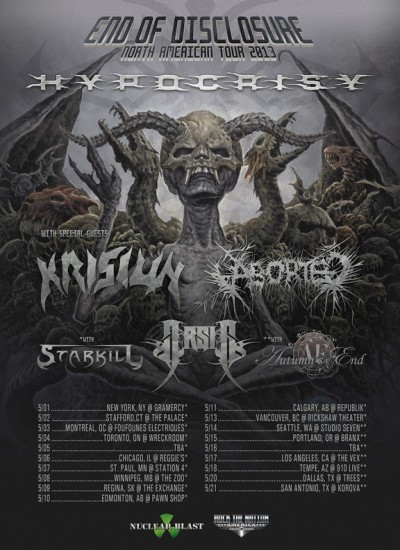 The last 24 hours have turned out to be full of tour announcements. I collected details about three new ones that appealed to me in an earlier post today, and I just saw another one that elevated my pulse rate.

This North American jaunt is headlined by Sweden’s Hypocrisy in support of their forthcoming album End of Disclosure (which we’ve written about before). That’s sweet news, but it gets a whole lot sweeter when you take a look at the other bands alongside them: Krisiun, Aborted, and Arsis!

In addition, Starkill (who I’ve featured before at NCS) and Autumn’s End will appear on selected dates.

The schedule is after the jump.  You’ll be relieved to know that the tour is coming to Seattle and that I’ll be able to see it. I know that wil brighten your day. END_OF_DOCUMENT_TOKEN_TO_BE_REPLACED

I’m completely sold on this album, though I’ve been holding fire on explaining why because we do have a review in the works. I will once again merely say that you should hear this album. And now you can — via the player I’ve embedded right after the jump. END_OF_DOCUMENT_TOKEN_TO_BE_REPLACED

This is an odd pairing of items, I suppose — half of it metal and half of it in the vein of our THAT’S METAL! — BUT IT”S NOT MUSIC series. Here we go:

Last month we featured an edited stream of the title track to Hypocrisy’s new album, End of Disclosure. Nuclear Blast was then — and still is — giving away the song as a free download. This morning, NB debuted a lyric video for the full song, which turns out not to be much longer than the edited version.

As I wrote when we first streamed the track, it’s like welcoming a familiar old friend — very recognizably a Hypocrisy song. But if you dig Hypocrisy as much as I do, new music from them is a prize.