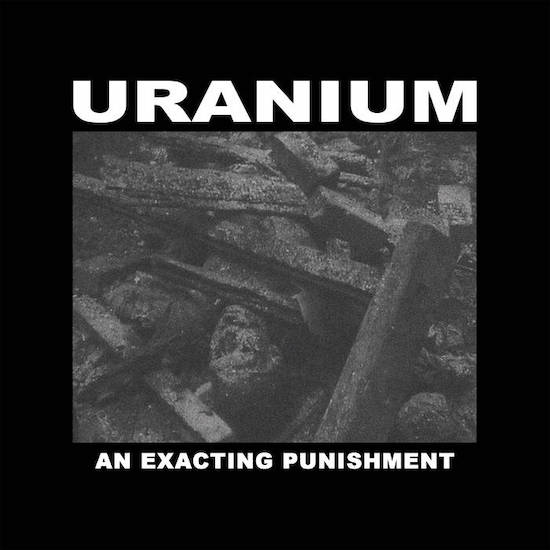 Almost two years ago, still in the depths of the pandemic, I stumbled across a single named “Trinity” by a one-man weapon named Uranium. It made a startling impression, and left me both eager and frightened to discover the entire album that it was allegedly a part of, a record named An Exacting Punishment. Now I, and all of you, will get that chance, because Sentient Ruin will release the album on January 27th. The label describes the mission statement:

“As the band’s name aptly hints at, Uranium was conceived as an aural vessel to explore the outer limits and the most irreversible states of complete human disintegration, and the incineration of its most defining and triumphant achievements; namely society, progress, technology, and civilization, with nuclear power being the conduit and ultimate engine of the greatest and most horrific forms of total annihilation mankind could ever face.”

To accomplish this horrifyingly bleak and ruinous goal, Uranium have chained together and weaponized power electronics, industrial noise, and black metal, and shrouded it in a hellish atmosphere of awe, terror, and degradation. END_OF_DOCUMENT_TOKEN_TO_BE_REPLACED

(I should mention that my friends didn’t just send me music. They also made me aware of the news that Meshuggah is recording a new album, and that it will feature the return of Fredrik Thordendal, trading places with Per Nilsson. They also passed along an announcement, accompanied by the photo of Peter Tägtgren above, that Hypocrisy’s new album has been completed.) END_OF_DOCUMENT_TOKEN_TO_BE_REPLACED