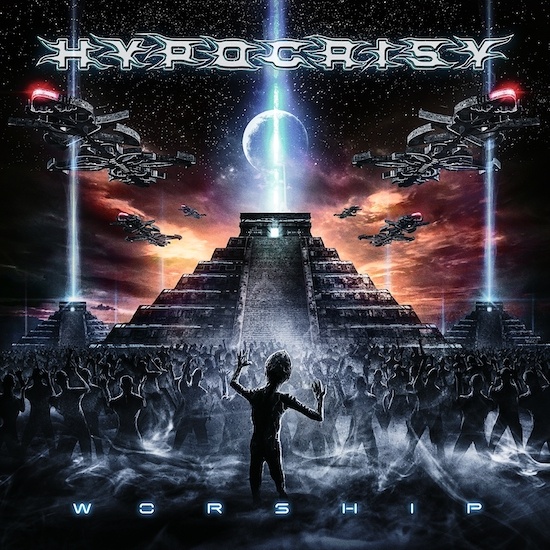 (Here is Wil Cifer‘s review of the new Hypocrisy album, which was released on November 26th by Nuclear Blast.)

This album deserves some love.

As a kid in the ’80s the Devil seemed dangerous to me.When bands like Deicide and Morbid Angel came out the darkness felt more tangible. While what they say about metal being the gateway to Satanism is apparently true, since 36 years later I am even more devoted to the Left Hand Path, and not the Entombed album, I can see where the concept of Ole Scratch has lost the danger it once held. Thus a band like Hypocrisy seems even more vital than they did in the ’90s by releasing an album about conspiracies.

Pentagrams are a fashion statement, government plots involving other-dimensional beings scares a larger audience as if an institution is going to conspire about aliens. What else might they not be truthful about? Thus the lyrical content of Worship gives a heavier feel to the music as a whole. 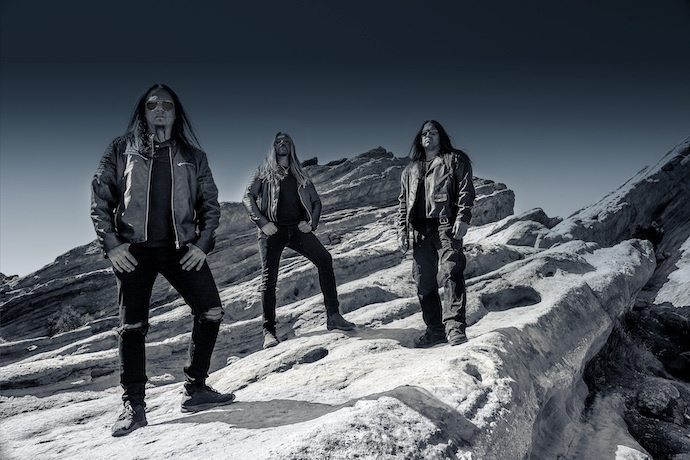 In fact all the Satanic Panic memories of my teen years were sparked by the fact that this album feels like the ’90s never died. This is not being done in a hipster retro fashion since these guys are seasoned veterans from the Swedish death metal scene.Therefore the fact their songwriting has well-sharpened hooks that have kept this album in heavy rotation should not be a huge surprise.

The vocals have a purpose here rather than just being growling as an afterthought. The lyrics are articulated through the snarl so the message gets through chugging riffs. “Chemical Whore” is about the pharmaceutical industry, which is way scarier than Cannibal Corpse‘s more recent output. “Dead World” digs deeper into what is going on in the world today, and “We’re the Walking Dead” finds the picture the songs paint getting even bleaker with a more deliberate stomp.

“Brotherhood of the Serpent” carries the attack of Morbid Angel’s more melodic moments on Domination, though the vocals have more of a higher-pitched black metal sneer. The cleaner guitar tones on “Children of the Gray” carry a similar creepiness as Slayer’s serial killer love songs. The vocals are more commanding. “Bug in a Net” gets both darker and more hauntingly melodic.

Yes, I have heard plenty of death metal albums this year that are heavier. But none of them gave me the feeling I used to have as a teenager when I could not wait to put my headphones on and escape back into a world created by songs that demanded I listen to them over and over again until the cassette got tangled up in the gears of my Walkman.

This album has songs that do just that, now without the crinkly tape sounds and more accessible from devices everywhere, so perhaps the aliens are not so scary since they have provided this means of escape from the outside world, or maybe that is what makes them even more frightening is how distracted they keep us, and Hypocrisy is merely a pawn in their sinister cosmic plot. Either way, if it means the cost of listening to this album is human life force being siphoned off I am fine with that.

After all, that is the kind of foreboding danger I want to feel when pressing play to these odes to intergalactic overlords. If that is too scary for you then the new Cynic offers a much more New Age look at aliens that might be more appealing, but Worship is one of the catchiest death metal albums of the year for sure.