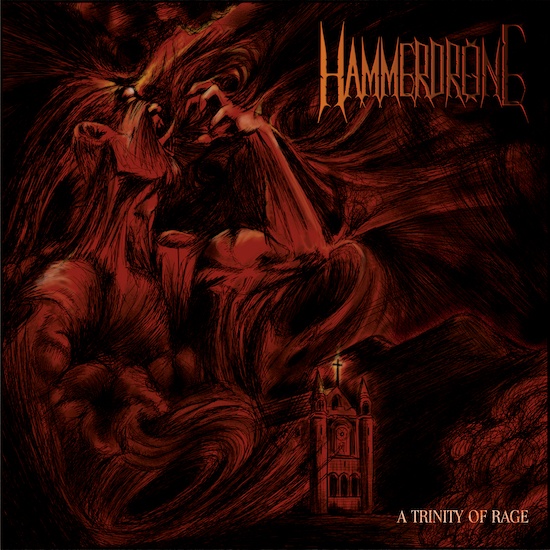 This has been a day of many premieres at our site but we have one more that should not be missed — a complete stream of a new concept EP by Hammerdrone from Calgary, Canada. Its title is A Trinity of Rage, and it’s fast approaching a December 10 release.

This newest record adds to a Hammerdrone discography that includes a pair of albums and a pair of EPs. It has been four years in the making and is being presented along with an original short story, “Eversor” (available as a bonus download via Bandcamp). The story revolves around the fictional second book of Revelation, in which is foretold the threat of Heaven’s destruction at the hands of Eversor, The Destroyer. Lyrically, the EP’s three tracks pick up where the short story ends and carries the narrative forward to its conclusion. 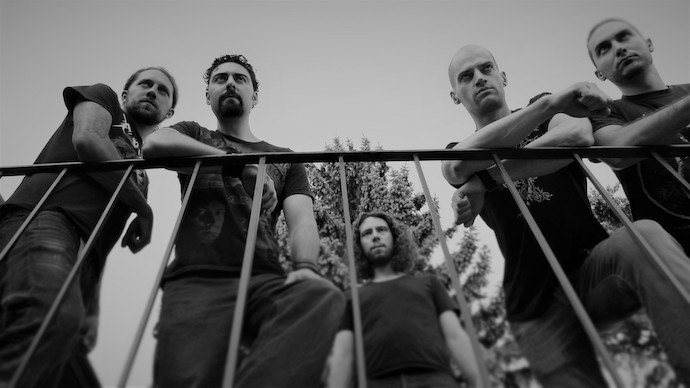 Without completely spoiling the “Eversor” story (a very well-written one crafted by the band’s vocalist Graham Harris), we’ll say that it relates the tale of an old, somnolent, physically afflicted, guilt-ridden monk (a former blacksmith and a former warrior in the Crusades) being roused by his Brothers, and as he comes back to life he begins to remember the harrowing ordeals that left him so broken, and of a promise of vengeance that he made to himself.

In his time of apparent atonement in the monastery (during which his anger was never fully quenched) the former warrior had been called upon to create illuminated plates depicting scenes from the Book of Revelation, to be bound into a personal copy of the Bible for the Pope, and in those plates he had inserted a figure of vengeance with a flaming sword — the destroyer for whom the story is named. Death eventually comes for the monk, but it merely frees him from his flesh, still bent on the vengeance he has always kept alive — the quest for furious vengeance against God.

From there, the EP’s narrative completes a tale of rage as manifested in three parts — “Rage, Corporeal,” “Rage, Besieged,” and “Rage, Consummated“. As the band explain this trilogy, it manifests “the rise of the hero against a force of evil; the struggle of that hero against his own doubts and the rising power of the evil that threatens to crush him; and the hero’s final, bittersweet triumph”.

Hammerdrone describe the 20+ minutes of music encompassed by these songs in this way: “At once aggressively heavy and hauntingly melodic, the EP incorporates a variety of black and progressive metal influences to present an EP that both pushes the boundaries and embraces the roots of our old-school, melodic death metal origins. We deliberately eschew clean singing as a dilution of the heavy intensity that we try to create with our music, so we have been described as ‘death metal that happens to be melodic’, rather than the ‘melodeath’ that many bands describe themselves as”. 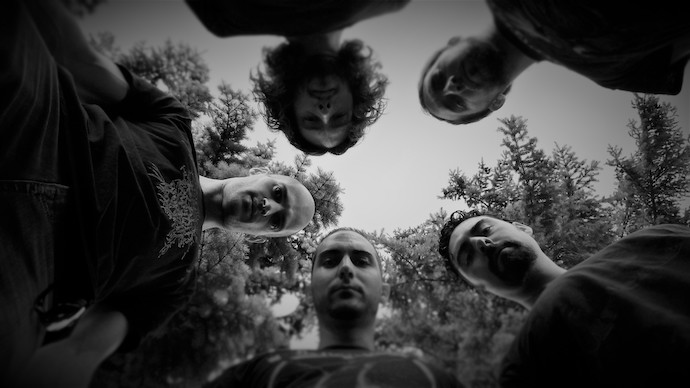 The fury that powers “Rage, Corporeal” is unmistakable. It’s a slaughtering attack of explosive, high-speed drumming, seething and darting fretwork, and a tandem of bestial roars and scathing screams. There are feelings of cold cruelty and heated derangement in the song, yet the music also becomes softer and more mysterious, as a prelude to a gripping guitar solo that pierces the mind in sensations of both gloom and feverish madness.

“Rage, Besieged” is a far longer track, due in part to a vehement lyrical recital that opens the track and in part to the richness of the musical tapestry that it weaves. From that opening, ethereal ringing tones pair with gouging low-end riffage, and the music builds toward heights of frightening menace, ominous tension, and harrowing grandeur.

The heart-felt crystalline soloing seizes attention, and together with the intensity of the vocals it fashions feelings of dismay, turmoil, and resilience — with the multifarious tempo changes, the wonderfully vibrant drum patterns, and the equally vibrant fretwork making the experience a thrilling as well as disturbing one. The rhythmic power of the song will also jolt your spine, the soloing fireworks will  send your head spinning off into the clouds, and the bass gets the spotlight in a solo of its own.

Finally, “Rage, Consumed” brings bell-like keyboards to the fore in conjunction with an imperious stomp and jackhammering grooves. There’s plenty of fast-changing fretwork machinations to seize attention in this closer, and celestial melodic accents to go along with doses of brute-force destructiveness and rampant vocal intensity. As before, the drumming is lights-out, and the melodies are multi-faceted and emotionally evocative.

A Trinity of Rage was produced by Hammerdrone, mixed by Vinnie Cardellini at Goldfinch Studios, Canada, and mastered by the renowned Jens Bogren at Fascination Street Studios in Sweden. The eye-catching cover art is the work of Graham Harris. The EP comes recommended for fans of Be’lakor, Carcass, Amon Amarth, Rotting Christ, and Kataklysm.