(TheMadIsraeli review the new album by Dying Fetus, which is out now on Relapse Records.)

John Gallagher has been at this shit now for TWENTY-FOUR YEARS. He’s the godfather of the messy, grimy, seizure-inducing style of tech death, and his sound and approach to songwriting have never been successfully emulated, although no one really even dares to try. Who else is mixing technical death metal, grindcore, NYHC, and slam so well right now? Nobody that I’m aware of, and especially nobody who does it so organically, honestly, and with such passion and dedication. 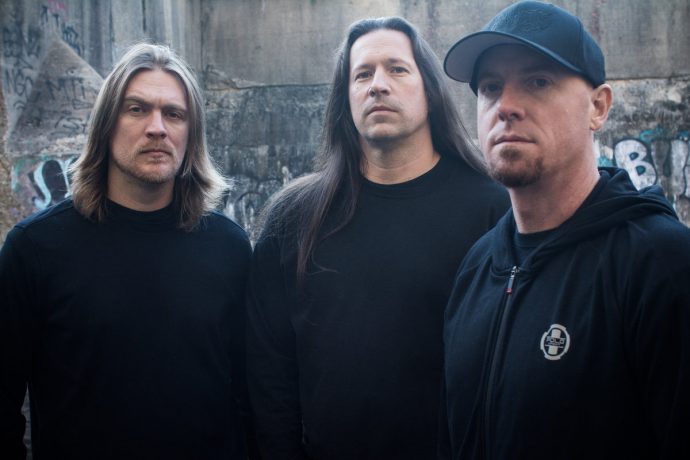 The Dying Fetus name has never appeared on a bad album. Not one. Not even a mediocre album, or a merely decent album. It’s all been un-compromised, highest-quality death metal, aspiring to heights and depths that not only have been easily achieved by the band but also have rarely if ever been matched by anyone else.

As an album title, Wrong One To Fuck With would seem to indicate that John Gallagher knows this better than any of us. He and his current sickly grotesque metallic nomads Sean Beasley and Trey Williams rule this corner of the death metal game right now. Dying Fetus has been on a real tear since the band became a three-piece. Gallagher lost the  entire lineup, and then essentially lost it again. Sean Beasley remained the only loyal member, and after the recruitment of drummer Trey Williams they’ve gone on to write the best of the band’s material yet.

Descend Into Depravity and Reign Supreme, back to back, is a collection of death metal that plateaus far above most of what the genre even offers now. Wrong One To Fuck With, however? It’s the best album this lineup has written yet, the epitome of what Dying Fetus is, distilled down to laser-precise sonic carnage of the most carefully crafted sort.

The mark of a great band, and of musical visionaries, is when you can look at a band’s body of work and see that they’ve ALWAYS been getting better. John Gallagher’s writing, and his playing, have always been getting better. He does crazier and crazier shit, riff- and lead-wise, the longer this band goes on. Sean Beasley and Trey Williams are frankly a perfect fit for the current incarnation of Dying Fetus. They understand what Dying Fetus is at its core. 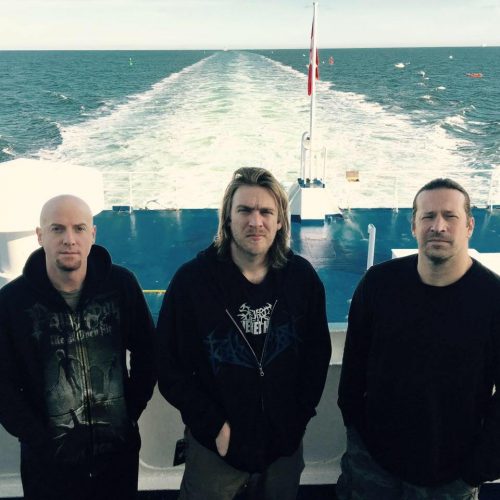 “Fixated On Devastation” is a fantastic song and it’s also a classic Dying Fetus-style album opener. It begins with some guitar acrobatics and a crazy tapped lead that sounds like the feeling that might occur if your brain were being eaten by fire ants, and then it goes into a fucking filthy-ass decadent groove. No one in death metal does groove like Dying Fetus — the propulsive drive, the hooks, and the rhythmic barbarism stand out.

There’s always been a barbarism to the Fetus sound, though, even in the more technical riffs where it sounds like John Gallagher is emulating brain activity during a psychotic break; they have this unrestrained primal nature about them. Combine that with Sean Beasley’s feral growl next to Gallagher’s signature gutturals, and that only reinforces the vibe. The second tech riff into the primary groove of this song is where it really pulls you in though. Once that riff during the groove kicks in, it really spikes the adrenaline.

“Panic Amongst The Herd” was designed to just smash your skeletal frame into powder. It’s such a grinding song, all the riffs maintaining a chunky, palm-muted emphasis against a drum framework that is constant belligerent chaos. Of course no DF song is complete without the signature flurries of flailing convulsing guitar work, but this song really emphasizes the meaty aspect of Dying Fetus’ groove element.

“Dying With Integrity” is a great “fuck up everything around you” song, and I’m pretty sure it’s going to be a live set standard for them. The NYHC-style breakdown/groove that sets the stage for this song is so sick in presentation, and when it finishes and the feedback swells, you can imagine the “I want to see a fucking circle pit!” call-out before the song launches into its body proper. This is one of the most violent, fast, and intense songs on the album and it feels like it was precisely designed for triggering a circle pit while also having great riffs and being well-written. It transitions from flurry to flurry without relent except for a short groove to give a break before the song explodes into faster convulsions.

That three-song opening salvo is the strongest opening run on a Dying Fetus record that’s ever been. But the album progresses. The music gets into more progressively structured and varied territory. The very next song, “Reveling In The Abyss”, is a roller-coaster ride, with a turbulent opening slam section that’s like having your body dragged across spike strips. The track goes absolutely apeshit with some of the best flurries of technical riffage the band have written. There’s a riff at 3:03 that’s just fucking nasty in that “getting attacked by a swarm of killer bees” way and it embodies much of what makes Dying Fetus great. Moments like that, or the song’s finale, which concludes with an even slower version of the slam that opened it, with harmonized guitar leads, are the kind of moments Dying Fetus does super well.

But I’m not gonna do any more of a track-by-track review. Dying Fetus are in that category of bands for me, like Vader, where the real review is just, “It’s another Dying Fetus” album. Their music is ALWAYS going to be in the upper echelon of the style or styles they are a part of.

Where Wrong One To Fuck With stands in the Fetus legacy and discography is this: It’s the best of the albums in the band’s three-piece era; it shows Dying Fetus continuing the trend of pushing their own envelope off the cliff they stand at the top of. There’s a love and a passion of craft on this album that’s missing on the records of many modern bands (and a lot of tech death especially), and you can feel it in every note, every blast beat, every growl.

I gotta be honest with you, this band is still heavier and more intense than all the 7- and 8-string brandishing deathcore bands and newer tech-death bands out there. Wrong One To Fuck With is just further proof of that.

6 Responses to “DYING FETUS: “WRONG ONE TO FUCK WITH””