(New Zealand-based writer Craig Hayes (Six Noises) returns to NCS with this review of the new album by his countrymen in Heresiarch, which will be released on July 7 by Dark Descent.)

So here it is, Death Ordinance, the long-awaited full-length debut from New Zealand black/death wrecking machine Heresiarch. It’s no exaggeration to say that Death Ordinance is one of the most anticipated releases in the annals of Antipodean metal, and fans of belligerent and bestial metal the world over have been counting the days until the album’s release. That’s because Heresiarch deliver a singularly brute force audio onslaught –– aka everything you want in an obliterating war metal juggernaut.

Heresiarch are militant, violent, and ruthless; and hell, there’s even a whiff of spurious controversy about them too. All of that’s fuelled the band’s defiant mythos, which Heresiarch reinforce by delivering some of the most remorseless underground metal around. 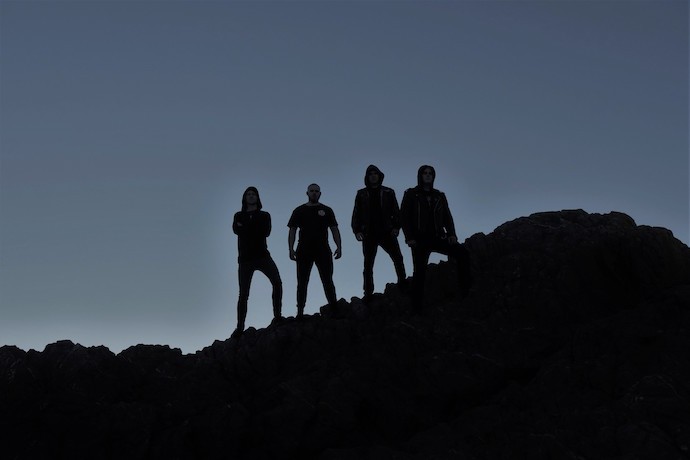 The band was founded in 2008, by vocalist N.H, and it was Heresiarch’s Hammer of Intransigence and Waelwulf EPs that stamped the band on the map. The anticipation circling Death Ordinance is clearly a testament to the strength and appeal of Heresiarch’s creative vision and their take-no-prisoners approach. But NZ is obviously home to other staunch metal bands, with their own unwavering artistic ideals.

NZ black/death veterans like Vassafor, Sinistrous Diabolus, Diocletian, and Witchrist are just as important in framing Heresiarch’s aesthetic as Blasphemy, Bolt Thrower, Conqueror and kin. Heresiarch has featured members from Diocletian and Witchrist. And there’s clearly a high standard to be met in the black/death metal arena in NZ –– let alone offshore.

That standard isn’t simply marked by how well a band utilises battleground or blasphemous motifs. Heresiarch deliver blistering riffs and bombarding percussion like plenty of other murky black/death metal bands. But the reason Death Ordinance is a genuine tour de force is because Heresiarch fix that eternal war of all against all in your mind’s eye, and then hammer those never-ending hostilities home with unrelenting ferocity.

Much like Canadian berserkers Revenge, all the chaos, disorientation, and intensity of conflict sits at the forefront of Heresiarch’s sound. (And that’s perfectly represented in Death Ordinance’s stunningly evocative cover art, courtesy of German artist Chris Kiesling.) The album’s commanding production intensifies Death Ordinance’s fusion of bloodthirsty primitivism and inhuman mechanisation, and the release features all the guttural howls, churning guitars, and maniacal solos and percussion you could hope for. 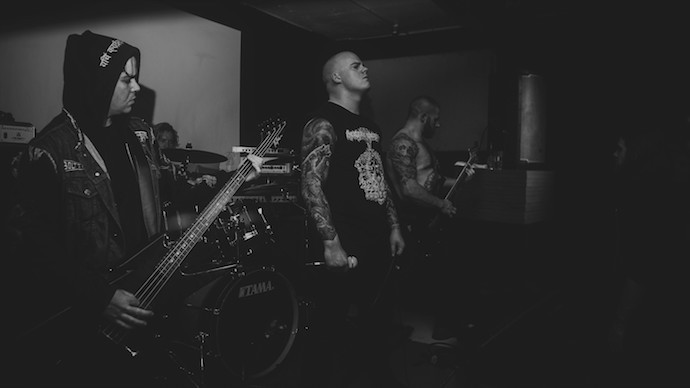 Death Ordinance opens with dark and dramatic atmospherics on “Consecrating Fire”, before the ten-tonne grinding track mercilessly gathers pace. Midway through the album, “The Yoke” brings a similarly monolithic presence and doom-driven methodology. Both tracks continue the more nuanced (albeit still über-barbaric) vein of songwriting Heresiarch exhibited on Waelwulf, and both display the band’s willingness to draw on influences from outside war metal’s usual cache.

Of course, full-bore and primeval black/death salvos is what Death Ordinance delivers most of all. Frenzied maelstroms, like “Storming upon Knaves” and “Harbinger”, feature pummelling death metal that evokes flesh and bones smashed in artillery barrages, figures mangled in tank tracks, and broken and bayoneted bodies caught in the wire. The equally pitch-black and incendiary “Ruination” and “Lupine Epoch” see masses of ultra-nihilistic noise batter the psyche as well. And all of those tracks highlight the seething combativeness that lies at the heart of Heresiarch.

Lengthier melees, like “Iron Harvest” and “Desert of Ash”, mix sadistic and savage instrumentation with fathomless growls and a feral ambience. And those longer tracks demonstrate how Heresiarch can increase the tension and pressure over extended periods for punishing effect. That said, for all the eviscerating riffs slamming into pounding percussion on those tracks, there are hooks buried in the dissonant cacophony. Admittedly, they’re not pretty hooks, but they’re purposeful traps, constructed to cut deep, and drag you along.

Anticipation can often be a double-edged sword. But Death Ordinance is unquestionably the indomitable, cranium-crushing album that Heresiarch’s fans have long been waiting for. The band make zero compromises on the release, and Death Ordinance doesn’t give an inch for a second, making for a true iron-fisted triumph.

Death Ordinance proves, without a doubt, that Heresiarch are henchmen of the apocalypse, through and through. And if you think you’re desensitised to all that black/death metal has to offer, Death Ordinance’s 40 unhinged minutes of sonic destruction are set to test your mettle, all over again.

Fuelled by staggeringly impressive/psychopathic levels of hatred and hostility, Death Ordinance is not only a formidable full-length debut, it’s easily one of 2017’s most decimating releases overall.

You can now pre-order the album from Dark Descent  at this location: