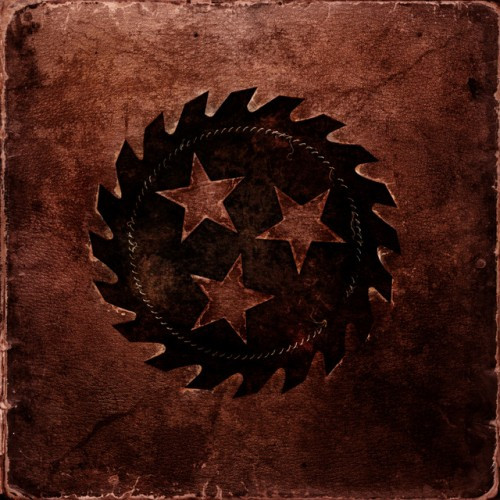 Growth. That’s one thing we metal elitists like to see in a band’s evolution. Tennessee’s Whitechapel is definitely growing, and I don’t just mean in popularity. Today, Metal Blade unveiled the cover to Whitechapel’s new album (above), which is self-titled, as well as the track list. They also began streaming a new song from the album called “Hate Creation”.

I saw Whitechapel on their first U.S. tour, when they were an unknown bunch of deathcore upstarts. They had staying power. They amassed a big following and they helped spawn a wave of imitators. Some of those early deathcore progenitors have gotten stuck in a rut. Others have moved on in different directions, perhaps most prominently Job For A Cowboy, who have evolved into a solid death metal band. “Hate Creation” is evidence that Whitechapel is following a similar path.

I certainly wouldn’t claim that Whitechapel has completely left behind the defining tropes of deathcore, but “Hate Creation” is definitely another step along the road toward death metal mecca, and it’s one of the best songs they’ve yet created.

It hits like a phalanx of artillery in full bombardment mode, with explosive blasts that sound like they might be announcing breakdowns, except the pacing doesn’t really drop. The dynamics of the song are enhanced by stuttering, slightly off-kilter rhythms, speed and increased complexity in the riffing, and variations in the intensity of the onslaught, plus there’s a muted melody that I think will catch the song in people’s heads. And Phil Bozeman’s vocals are suitably violent and raw.

Give the song a shot after the jump, and past that we’ll give you more details about the album and about the band’s forthcoming tour.

The new album will be released on June 19 in the U.S. and a day earlier in Europe. It can be pre-ordered through the Metal Blade landing page for the band. Whitechapel will also be touring extensively this spring and summer, including their appearances in the Rockstar Mayhem festival. Here’s the full schedule:

The” Recorruptour” Tour — with Miss May I, After the Burial, Within the Ruins, The Plot In You

**Headline shows. Not a part of Mayhem Fest