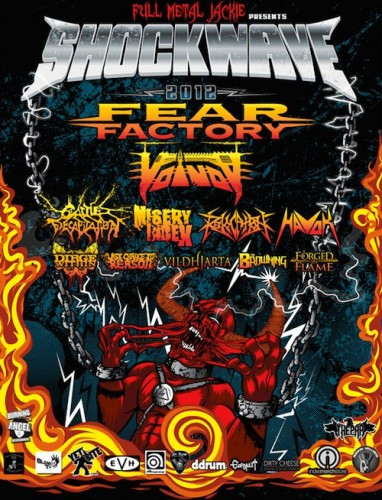 That’s the line-up for a new North American touring festival that I discovered this morning via MetalSucks. I’m especially pleased to report that the tour starts in Seattle. I’m probably most excited about the prospect of seeing Cattle Decapitation, because their new album is shaping up to be one of the year’s best, but I’m interested in seeing most of the bands on this line-up. Of those I’ve seen before, Misery Index and Revocation never disappoint, and Havok might be my favorite among the current generation of re-thrash bands.

This will also be Vildhjarta’s first appearance in NorthAm. All I have to say about that is . . . THALL. And The Browning is one of my guilty pleasures. I have no doubt they will make me want to JUMP. So yeah, I’m going. As for whether you can go, the schedule of appearances is after the jump.