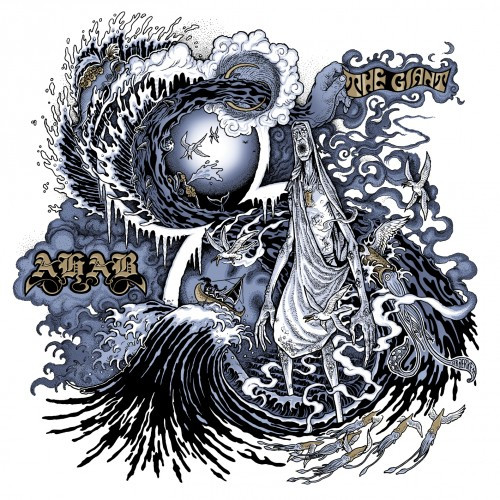 The band have used their music to explore dark literature with a nautical theme. The Call of the Wretched Sea (2006) was devoted to Melville’s novel Moby Dick, and The Divinity of Oceans (2009) was a soundtrack to the 1820 sinking of the whaling vessel The Essex, an event that partly inspired Moby Dick and was also the subject of a great more recent book, In the Heart of the Sea by Nathaniel Philbrick. It appears The Giant will follow at least a somewhat similar nautical path.

It takes as its theme a whaling novel by Edgar Allan Poe (his only complete novel), The Narrative Of Arthur Gordon Pym of Nantucket. I haven’t read it, but from what I’ve read about it (here), it certainly seems dark  . . . and strange.

Ahab’s new album will be released by Napalm Records on May 25, and Ahab have put up a studio video, the soundtrack to which is an almost five-minute portion of the title track (the entire song is more than 10 minutes long). This song really grabbed me with its massive riffs, its bleak melody, and its effective mixing of clean and cavernous harsh vocals. And Enslaved’s Herbrand Larsen makes a guest appearance on the song.

Check it out — and if you like what you hear, you can track the entire song on the SoundCloud player below — or you could just jump to that without delay. 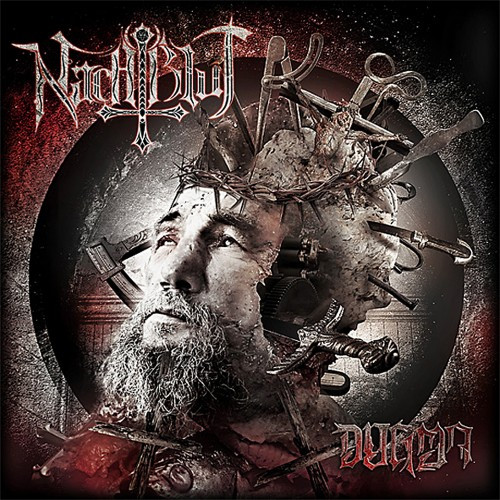 This next band is also from Germany, they’re also in the Napalm stable of artists, and they also have a new album (Dogma) scheduled for release on May 25 — but there the resemblances end. So far, I’ve only heard one track from the album, which I feel permitted to stream for you because Nachtblut themselves are streaming it on their official web page. Based on that one song — which is the sum total of my direct experience with their music, it’s somewhere on the other side of the musical world from Ahab.

Let’s put it this way: if you know the music of Rammstein and like it, then odds are you’re going to like this, too. You might even like it more, because the cheese is not as strong with Nachtblut (based on this song, at least). The song is called “Eiskönigin” and its both bouncy and evil-sounding. It made me want to dance — in one of those clubs where masked women wear fishnet stockings and stiletto heels and wield whips, and various patrons are manacled in chains and forced to engage in degrading behavior and people are drinking drinks that smoke. 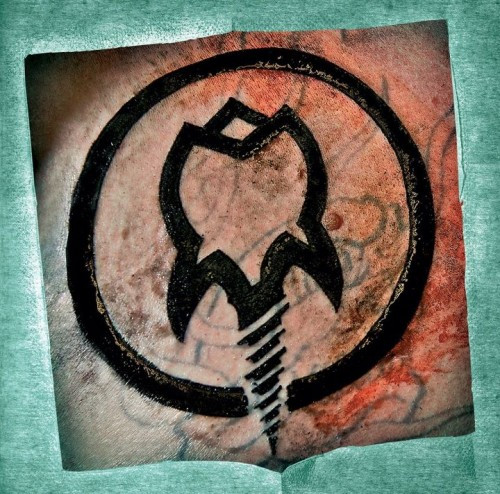 Stam1na are fun, too, though perhaps somewhat more wholesome and a whole lot more humorous. I wrote about their last video here. It was for a song from their 2012 album Nocebo called “Valtiaan uudet vaateet”, which I decided is Finnish for “I’m about to get really fucked up”. It’s still one of the best videos of the year for my tastes. My tastes are, of course, highly suspect, but the video is a fucking hoot to watch.

Today Stam1na released yet another video from Nocebo. This one is for a song called “Puolikas ihminen”. Google Translate tells me that means “half a man”, and when you watch the video you’ll see that it kind of fits what happens in the vid. Yet another catchy song, yet another entertaining Stam1na video, which I’m glad I saw despite the clean singing.

Okay, forgive me for the bait and switch, because I have neither new music nor a new video from Ne Obliviscaris for you. I have only news, but fuck, it’s some good news: This band will be releasing the second song from their looooooooong-awaited album Portal of I later today.

Why is that exciting? Because if you’ve heard the album’s first song “And Plague Flowers The Kaleidoscope”, you know they are capable of creating some genuinely distinctive, completely killer metal. And if by chance you haven’t heard it, you can go do that in one of the 100 posts we wrote about the song here at NCS.

Now, why am I writing about this news now instead of just waiting for the song to premiere and then sticking it up here at the NCS site? Well, because the band says the song will start streaming at 5:00 pm AEST on May 3, which I think is a reference to Eastern Standard Time in Australia. With the help of the internets, I figured out that this translates to midnight in Seattle tonight.

I plan to be sleeping the sleep of the just at midnight tonight, much as I love this band. So listening to the album and embedding it at NCS will have to wait until tomorrow morning, my time. But maybe some of you will be awake, depending on your time zone. If so, you could check the NeO Facebook page at the appointed hour and check out the new music.

By the way, the album will be out on May 7 and can be pre-ordered here. I don’t know why we haven’t received our free advance copy here at NCS, but as you can tell, I’m overlooking that traumatic personal slight and waiting impatiently like everyone else.

That’s all for now. Enjoy the rest of your fucking day.