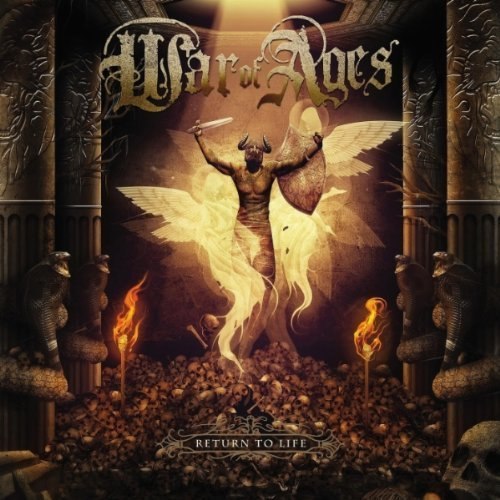 I think Saturday mornings are probably the worst possible time for any kind of serious discussion, regardless of where you are or what you’re doing. It’s an even worse time for a serious discussion on this blog, because it’s the weakest day of the week in terms of our readership. I watch the page hits on this site because I lead a pathetic life in which my happiness depends on how many people stop at NCS, and so I know that Saturday’s are weak. But this new video is on my mind at the moment, so I’m going with it on this Saturday morning despite the fact that the subject matter is serious and controversial.

The band is War of Ages. In the minds of many metalheads, they have two strikes against them: First, they’re a metalcore band.  Second, they’re an openly Christian band. I’ve been a long-time fan of this band, for reasons that have very little to do with the religious zeal that inspires their songs. I just think their music has an honest passion behind it that translates into powerfully ass-kicking music. I’m not the only one around here who’s a fan: Andy Synn devoted one of his SYNN REPORTS to War of Ages, and he summed up their appeal better than I could:

“[T]he self-belief and honest expression of this band also shines out like a beacon of integrity in a sea of populist, lowest-common-denominator swill, striking a chord with their direct and passionate approach. It does help, though, that the group can also all play their instruments to an impressive level, particularly the band’s two guitarists, who peel off an array of stunning riffs and shining solos with recognisable passion and fury.”

The subject of this post is a video released yesterday for a song called “Silent Night”. The song is from the album Return To Life, which is out now on Facedown Records. It deals with the death of a child and the impact of that on a young mother and father. 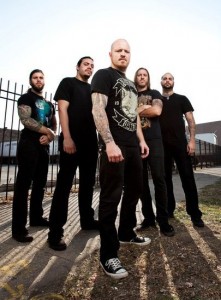 I can’t make out all the lyrics, and I haven’t found an official source that tells me what they are. But as best I can make them out, and as I interpret the video, it poses a question: When tragedy strikes — particularly the kind of devastating tragedy that would come from the loss of your child, would you “fall out”? Would you surrender your own life in the face of that loss? Would you let it destroy you?

Those are damned good questions. But this video suggests an answer that seems far to easy, far too unrealistic. It’s a profession of faith in the face of an event that, honestly, should destroy faith, or at least shake it at its foundations. I suppose it will appeal to the faithful, perhaps with the exception of those who really have lived through the loss of a child or have children who have been damaged in some serious way. And then, I wonder how much comfort the concept behind the video would really provide.

Having said that, I come back to Andy’s comments. Undeniably, this band’s music is inspired by great passion in their beliefs, and that passion fuels songs that are emotionally powerful, whether you subscribe to the beliefs or not. Honest passion, to my way of thinking, is a big part of what makes metal worth hearing or not. The passion can come from many places — music that embodies a passionate disdain for religion and institutional order can be equally honest and equally powerful in its emotions.  Neither believers nor non-believers can claim a monopoly on the core of energy that separates good metal from mere posing.

Check this out — I think the song is a good one regardless of what you think about its message — and let me know your impressions, if you feel up to it on this Saturday. That’s what the Comment section is for.