I’m way late to the Be’lakor party.  The first music I heard from this Australian band was “Remnants”, which was the first song they aired from their new third album Of Breath and Bone (coming in June from Kolony Records). It gob-smacked me right in my gob. And then I caught a video of a live performance of another song (“Fraught”) and got smacked again.  Wrote about both those songs in this post, where you can hear the songs if you haven’t (just be careful of your gob). To steal a phrase from Phro, they sound like “Amon Amarth making antichrist babies with Insomnium”, with Amorphis as the midwife.

This morning we got yet another song from the album.  This one is called “Absit Omen”, which is Latin for “will fuck your shit up”. I still can’t do better than comparing the music to a fusion of Amon Amarth-style crushing riffs, dark Insomnium-esque melodies, and death-metal vocals that give Johan Hegg and Niilo Sevänen a run for their money.

The song is majestic, powerful, memorable. This really is melodic death metal done right. Can’t wait for the album to drop! Listen to “Absit Omen” right after the jump.

To see the song’s lyrics, which are quite good, watch the video on YouTube. You can find Be’lakor on Facebook here. Pre-orders for the album are now available at: 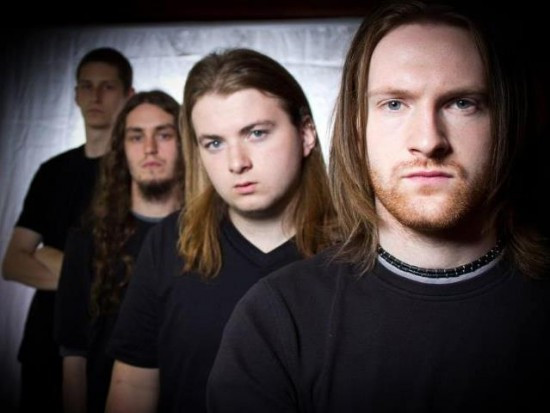 Last November, TheMadIsraeli introduced me and undoubtedly some of you to an English band named Betraeus through his review of their EP Towards the Sun. He called it one of his favorite EPs of the year and found in the band’s progressive sound a wide range of reference points, including Opeth, Death, Cynic, Bloodbath, Insomnium, Gojira, and Daath.

Yesterday, Betraeus released a new song called “Rises”. Terrorizer premiered the official lyric video for the song, and Betraeus has also made it available for free download via this link.   It is one HELL of a song.

The massive riffing and pinch harmonics in the early part of the track are definitely reminiscent of Gojira, but those measures share the stage with proggy/jazzy melodic passages (with clean singing) that carry you along dreamily for a bit, until the Gojira-esque stomping and vicious vocal howling kick in again.

Seriously, this is a band to keep your eyes on. Here’s the lyric video: