Recently, I’ve discovered two independent record labels that I think are worth your attention. One is a label and distro based in Washington, D.C., called Replenish Records. I found out about them for the first time about a month ago via their release on vinyl (and as free downloads) of albums by Alda (Tacoma, WA) and Sky Burial (Nashville, TN) — see this post for comments about those releases.

More recently, I saw that Replenish is releasing a 7″ vinyl split by Masakari (Cleveland, OH) and Tempest (Vancouver, BC), with two songs from each band. All the proceeds from the split will be donated to Wiggle Butts Bully Rescue of Cleveland and HugAbull Advocacy & Rescue Society of Vancouver, BC. Both organizations are non-profits dedicated to rescuing and providing education about pit bulls. Replenish has also released the split as a free download.

The other label is Reaper Records, which is based in Liverpool, New York. Reaper specializes in hardcore music and has released vinyl by the likes of Terror, S.O.S., Madball, Trapped Under Ice, and Merauder, among many others. I’ve gotten way out of touch with the hardcore scene over the last decade, but even I recognize those names. What brought Reaper to my attention was a feature on Stereokiller about the label’s release of debut albums by Fire & Ice (Richmond, VA) — Not of This Earth — and Sai Nam (NYC, NY) — Crush — and a related contest for album and shirt giveaways.

After the jump, short notes about all this music and links for free shit. I’ll warn you: the songs will tear you inside out. 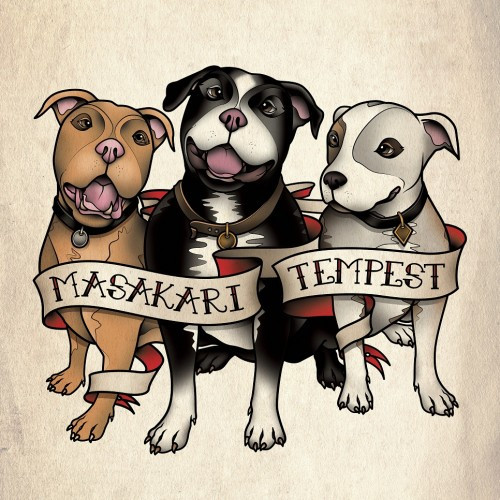 It seems that in recent years there’s been a resurgence of bands who channel a fusion of crust punk, powerviolence, and old-school chainsaw grinding. Masakari is one of the bands who do that very well. Their contributions to the Replenish split consist of an unreleased and a live version of “X. Pain Conceived As A Tool” from their album The Prophet Feeds. The unreleased studio version of the track is searing. Charred and smoking on the outside and fucken bloody on the inside, it’s a gripping, violent assault on the senses.

The live version is even more catastrophic. I thought the walls of my damned home were going to collapse under the barrage of raw, thunderous noise and completely unhinged vocals. I’d kill to see these guys on stage, even though it would probably kill me. Check out these tracks:

The Tempest tracks on the split are a remastered and a live version of a song called “Death Rattle” from their album Passages. The studio version of “Death Rattle” is explosive — a roaring whirlwind of tremolo’d guitars, vicious percussion, and harrowing shrieks. But there is also a black melody flowing through the torrent that makes this song unusually interesting.

As in the case of the Masakari track, the live recording is even more distorted (though there’s still good separation between the instruments) and even more eviscerating. Shit, I’d kill to see these guys, too. Protect your head, and punch play:

The Masakari/Tempest split can be ordered on vinyl from Replenish at this location. It’s also up on Bandcamp for free digital download via this link. Here are related links: 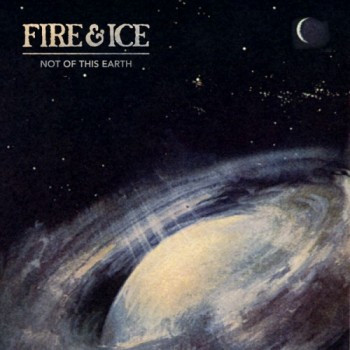 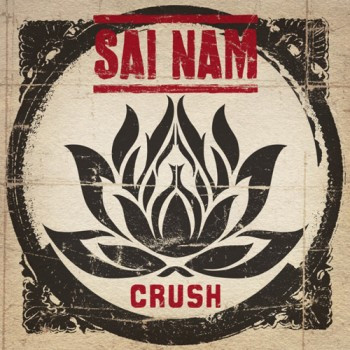 That brings us to those two new Reaper releases, both of which are scheduled to hit the streets on May 8. To help promote the releases, Stereokiller is sponsoring a contest, giving away shirts from each band and a total of 6 albums. Go here to get the details. That contest may not last much longer, so if you’re interested in this music, don’t delay.

In connection with that contest, Stereokiller has also premiered a track from each album. Here are some reactions.

FIRE & ICE: The track from this Virginia band I heard at Stereokiller is called “About Face”. It grabs by the throat immediately in a blast of NY-style hardcore, jabbing/grinding chords propelling the song ahead, spiced up with a hot little solo and a beefy breakdown. Good shit. Here’s the song:

Stereokiller is streaming the album’s title track. Justice Tripp’s distinctive jugular-bursting vocals are ripping, and the tempo-dynamic song punches hard with heavy riffs, punctuated with a pulsing guitar lead. It’s violent, jolting, and hooky all at once. Here’s the Sai Nam song:

The albums by Fire & Ice and Sai Nam can be ordered from Reaper Records here. Here are related links: