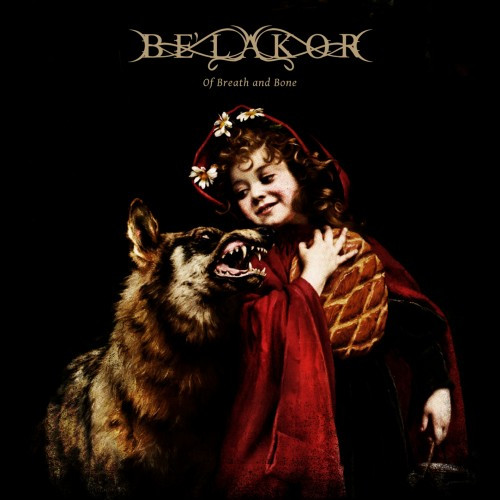 Be’lakor have become, it seems to me, immune to criticism in the underground press. I say this to let you know that this isn’t going to be a fawning, sycophantic review of the band’s latest album; I have tried my very best to stay impartial, even though the temptation was to simply love this album merely for its existence. That being said, while I have no major criticisms of the record (and have fallen head over heels in love with some of the tracks), I have come out of the experience with a few concerns preying on my mind.

Let’s get one thing straight first though, you’ve probably already formed your opinions that this is going to be good – hell, I’d wager that most people formed their opinion about the album without even hearing a single note – but the question is, how good?

To get the obvious comparisons out of the way, neither as heart-wrenchingly melancholic as recent Insomnium, nor as shamelessly audacious as latter-day Omnium Gatherum, the main criticism I can level at Of Breath and Bone is that while it is characteristically and distinctively a Be’lakor album (falling ultimately somewhere between The Frail Tide and Stone’s Reach), there is a certain spark missing from a few of the tracks, which impacts the experience of the record as a whole.

More restrained and perhaps a more consciously considered record than its predecessor, this factor is both a blessing and a curse for the band. It allows their multi-layered melodies room to breathe and expand, but softens the impact of some of their more fiery moments. At their most epic and nuanced, this restraint works wonders, allowing the band to express their melodic palette fully, yet at their most aggressive this often serves, paradoxically, to limit their full expression. Fundamentally the album is very much a companion piece to Stone’s Reach, introverted where that album was extroverted, restrained where it was unfettered. 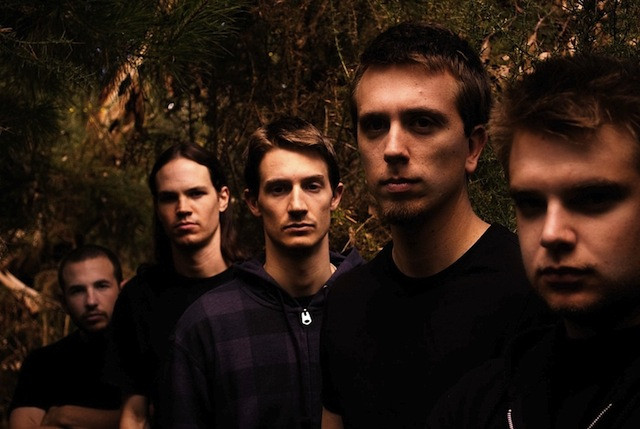 “Abeyance” brings all the familiar Be’lakor elements to the table, yet something about it leaves me feeling vaguely unsatisfied. The rolling gait of the guitars has an Amon Amarth-esque feel, though more artfully layered and with less overt aggression.  Part way through, the track takes a sudden shift into sharper, more melodically-edged riffage which drives up both the tempo and intensity in a welcome fashion, but naggingly it is precisely the same trick they employed on ”Venator”, the fantastic opener from Stone’s Reach. This sums up the dilemma contained herein – everything is brilliantly executed, yet simultaneously predictable. Thankfully, this is definitely the weakest track on the record.

Also thankfully, from its sublime, star-crossed opening bars, “Remnants” is a killer track, and gets the record fully into gear. Placing a greater focus on spiraling twin guitar harmonies and the complex interplay of lead refrains and galloping riffs, the track continues the general Dark Tranquillity vibe of the record, marrying the slightly folky tones of that band’s early period with the precise, cut-glass melody of their more recent years. The drums clatter and crash almost chaotically at times, adding interesting textures and a rough counterpoint to the grandiose guitar melodies. Marrying both heaving force with the sort of incisive guitar melody that makes melodic death metal such a captivating experience, the track serves as a master class in how to bottle lightning in metallic form.

“Fraught” is another good track, but suffers slightly from a sense of over-familiarity and a feeling that the focus on guitar-led melody (impressive though it is) has come at the detriment to the overall integrity of the track. Winding their way through the mist and smoke, it is not until several minutes in that the riffs coalesce into something equally as impressive and captivating as the varied leads that precede them. It perhaps doesn’t help matters that Be’lakor vocalist George Kosmas bears a striking resemblance to Omnium Gatherum’s Jukka Pelkonen both in his vocal patterns and his growled delivery. It draws a line between the two that promotes unfair comparisons, particularly as the Finns have a more emphatic, riff-friendly approach which allows for more instantaneous gratification than the layered tapestry of melody and melancholy presented here by Be’lakor. 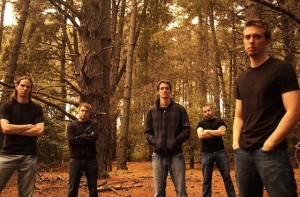 Things definitely pick up after track 4 though, as “Absit Omen” draws from the same underlying source of pain and passion as Daylight Dies; its more restrained melancholia makes the track stand somewhat apart from its brethren. Although it has its moments of pounding drumming and some breath-taking riffs, it breathes sorrow, its admirable restraint – from the shimmering, floating chords, to the breathy, rasped vocals – absolutely heart-breaking in their subdued intensity. Shades of Agalloch float languidly down this river of tears, arch, progressive influences cresting the surface before sinking back down into the depths. This is perhaps the most ‘different’ track on the record, not because it brings up entirely new elements, but more because it places its focus far more strongly on elements that have, til now, been rather more peripheral to Be’lakor’s sound.

“To Stir The Sea” is a disarming folk-led instrumental that continues the Agalloch comparisons, though more redolent of The White EP than of Marrow Of The Spirit. Its soothing acoustics draw a line after the record’s first half and prime the listener for the more coherent and more forceful second half, where the album’s full potential is realised with a perfect mix of indomitable potency and progressive intent.

The stunning  “In Parting” crackles with electricity, brimming with soaring lead refrains and prominent, dancing piano parts, while the vocals are delivered with a more striking, vicious tone – not threatening, but primal and powerful.  The track’s ambitious, epic arrangement carries the listener through several movements, taking them on a journey of dream-like piano work and crashing waves of oceanic guitar chords that rise and fall like the tides. Agile tremolo parts flit between the swirling lead guitars, while the drums (so often overlooked) cleverly switch up the style and change the beat at unexpected times to shift and manipulate the character of the song. Its staccato, piano-inflected interlude is a brilliant move, leading into the track’s brooding acoustic bridge, after which the band pour on the pressure, ending on a distinctly heavy, pounding note.

“The Dream and Waking” is an impressively focused number, vibrant and energetic and graced with an overpowering vocal performance which was absent, to a greater or lesser degree, from the album’s opening tracks. The thunder of the kick drums provides an unshakeable foundation for the fluid lead work and emotive piano to build on, and when the track slows down, huge chords fill the gap perfectly with their ringing, majestic tone. Curving like a river carving through a barren landscape, the track plays clever tricks on the listener, fracturing a single repeating riff into multiple forms, often with only the slightest change in drumming or picking pattern, only to embrace them with a warm series of calm, acoustic interludes, climaxing in a death metal fueled conflagration. 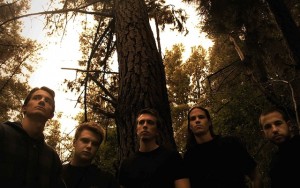 Though the album may have started on a weak note, it ends on one of its strongest, as “By Moon and Star” is amongst the most impressive, colossal tracks on the record. Shining synths and ringing bass notes introduce the track, full of dramatic promise. The multi-layered vocals bleed with passion and integrity, while the riffs bristle with barely contained force, crunchier and more metalically inclined than any other track on the album. The drums rain down hammer blows of elemental force, and the unexpected yet ferocious blast beats unveiled about 3 minutes in are a welcome surprise. Like some imprisoned titan, the track groans with the weight of riffs contained within, with only a lengthy and intricately layered acoustic interlude providing any calm amidst the raging storm.

This is a damn good album, through and through. The only concerns I have are that it feels a few steps short of the top of the mountain, it feels as though it could have done more. When it does commit to its heavier side, it’s undeniably and irresistibly powerful, but it’s the more subtle and progressive aspects of its character that get the best treatment here, occasionally to the detriment of the album’s overall impact.

Ultimately Of Breath and Bone treads a difficult line. There are clear touches of experimentation and progression present, but these are mixed in with some often over-familiar elements and arrangements. Not a step up from Stone’s Reach, it is instead a clear twin to that record, different, yet the same – personal preference here will be the deciding factor overall, as to whether this takes the place of its predecessor in your affections, or simply stands along with it, impressive in its own right, yet always in the shadow of its more celebrated older brother.

Perhaps it’s actually quite appropriate that, for a style based around sorrow and regret, I am ultimately left with a wistful longing for what could have been. 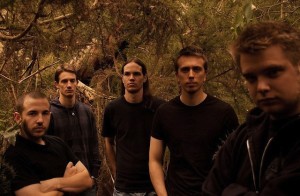 EDITOR’S NOTE:  Of Breath and Bone is Be’lakor’s third album.  It’s scheduled for release by Kolony Records on June 1 in Europe and June 4 in the UK. It’s being distributed by Code7 via Plastic Head in the UK (they’ll be exporting it, too); by AL!VE Vertrieb in Germany, Austria, and Switzerland); by  Season of Mist in France; and by Masterpiece in Italy. I don’t yet have distribution info for North America.

The album was mixed and mastered by the renowned Jens Bogren at Fascination Street studios (Opeth, Paradise Lost, Amon Amarth) in Sweden. The cover art is by Costin Chioreanu of Twilight 13 Media (Mayhem, Aura Noir, Ava Inferi). Be’lakor is confirmed to perform this August at the Summer Breeze Open Air festival in Germany and at the Brutal Assault Open Air fest in the Czech Republic, and more European shows will be announced soon. Here are band links for more info:

We have previously featured the first two songs from this album as they were released to YouTube for streaming. Be’lakor have recently made higher quality versions of the tracks available on SoundCloud. So even if you’ve heard these before, treat yourself to them again.

6 Responses to “BE’LAKOR: “OF BREATH AND BONE””