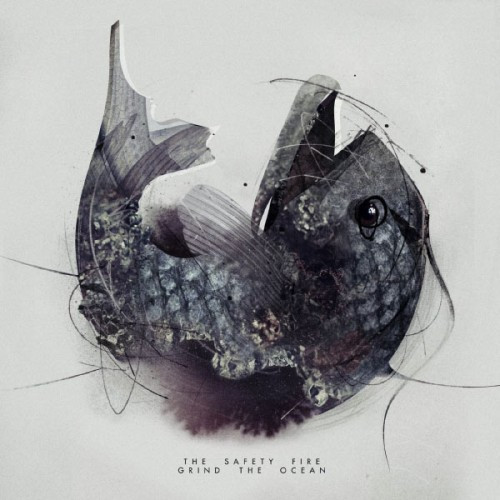 (TheMadIsraeli reviews the new album by The Safety Fire.)

So it’s time for my first true Exception to the Rule in quite a while. I decided at some point I would try to avoid breaking our site’s moniker as much as I could, but I feel this album deserves the occasion.

The Safety Fire have been picking up quite a bit of steam lately, introducing an interesting sound that has me slightly baffled, yet plenty fascinated. They mix in the low-tuned brutality and odd time signatures of bands we’ve come to know and love such as Textures, CiLiCe, and yes, Meshuggah, with technical, highly interwoven counterpoint dual-guitar mind-fuckery and add a heavy-handed dose of post-rock to taste.

To say that their sound is jarring would be a bit of an understatement, but also considering that I saw them live at The Masquerade in Atlanta last month and experienced this material full force (which convinced me to buy the album on the spot), I’d say this is a band to watch in the future. However, the future is currently irrelevant. What’s relevant is now, and Grind the Ocean is an impressive, technically adept, and progressive morsel of delightfully unorthodox taste.

The album’s opener “Huge Hammers” is immediately indicative of this. A subdued riff plays in the background, only to crash forth into the song’s gravitas-inducing, disorienting verse riff. It’s full of low-tuned rumble, high-end micro-shredding, and lots AND LOTS of pinch harmonic squeals and badass moments of harmony and interplay on the guitar front.

The guitar aspect is definitely the highlight of The Safety Fire’s (TSF from here on) music. It’s what’s up-front and center most of the time, and a lot of the time it even overshadows the vocals a bit, switching the roles of the two instruments in a way. “Huge Hammers” is a heavy-hitter for sure, despite its laid-back tempo, but it’s when the band breaks into their first interlude and displays their post-rock influences 0n this track that they demonstrate the depth of contrast they’re able to produce.

Don’t be fooled though; even the quiet moments of TSF’s music are interlaced with guitar Olympics, just merely of a mellow sort. The complicated counterpoint tapping and complex chord voicings used here create an interesting tone of introspection.

After a quite lengthy and quite beefy breakdown, the band hits a second mellow moment and produces a really awe-inspiring feeling of calm. It’s through the course of this breakdown and second post-rock-ish slowdown that we witness vocalist Sean McWeeny’s absolutely exceptional talent for rendering vocal lines and harmony, and FUCK does this guy have a knack for vocalization. The way he accents or cuts certain words, and the way he delivers them in cadence and rhythm, is just sublimely tasteful. The calm is broken by a rain of melodic, uplifting riffing to close the song out, coming back to an awesome reinterpretation of the song’s main riff.

I just wrote 309 words about the first song alone. Maybe that should tell you something.

“Floods Of Colour” immediately opens with a flurry of technical mind-fuckery. Frantic, fast-paced, and featuring an interlacing of melody with atonality, the crowded verse serves as an insanely proficient complement to the song’s extremely huge, open chorus. The way the song completely changes tempo at around the two-minute mark, though, is cool, switching to a more lumbering pace with riffs that follow a more graceful tack. Since these guys label themselves as progressive, perhaps it need not be said that some of the song structures and ideas on the album are a bit unorthodox. In the case of this song, there are three — count ‘em, three — different choruses throughout the song. The lead-up’s to these choruses, as well as the choruses themselves, really build the drama of the song. It ends nicely, with a subdued, clean, jazzy outro that provides a feeling of tranquility after the song has wound itself down. 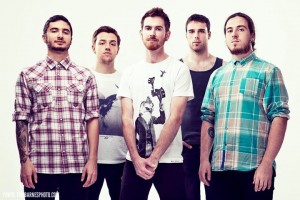 “DMB (FDP)” is a more chaotic and dissonant number, the most savage song on the album by far. Even McWeeny’s clean vocal lines have a certain disorienting atonality about them. The only exception is the song’s BADASS chorus riff. It’s a nice, looped, dual-guitar noodle-session with a strong groove behind it, with Sean bringing in a fairly basic but infectious clean vocal line. All hell really breaks loose, though, when the song hits a staggeringly complex instrumental medley that both dazzles you and compels you to groove. The song ends with a cool melodic breakdown.

“Anomalous Materials” is a soothing ambient instrumental and was actually how the band opened the show I attended. It creates the mood and sets the stage appropriately for the next song, “Animal King”, which is a strange beast. It begins with a simple, repeating, rather jazzy clean section that drones on just long enough to lull the listener into complacency, with no preparation for tha-OH MY FUCK MASSIVE FUCK OF A BRUTAL SLUDGEY RIFFAGE. This is of course intertwined with the band’s technical wizardry, but the way this song introduces itself ALWAYS catches me by surprise; I’m still not used to it at all.

Thereafter, the song is carried mostly by technical dual-guitar leads that provide a surprisingly fitting backdrop for the vocal lines. A nice full-band reprise of the song’s clean intro emerges, followed by a brain-disintegrator of a solo. All of this is followed by an absolute sledgehammer of a breakdown, only to be followed by a complete change of pace as the song reprises the massively heavy sludge riff from before. This number is an example of compelling songwriting at its best.

“Circassian Beauties” could be considered more a prog-rock song than a metal song. The heaviest part of it is a djenty breakdown, but otherwise it’s full of lush, full chord progressions and catchy noodling that’s pretty ear-pleasing. “Sections”, however, pushes really heavy-ass groove to the forefront. The opening riff hooks you, and the ensuing verse has an interesting melodic progression assisted by some rather unusual vocal harmony flourishes. After another badass mellow post-rock moment, probably my favorite riff on the album (maybe even my favorite section) follows suit. The end comes with a monumental breakdown that is soon accompanied by another brain-shrinking solo that rips the sky in half. 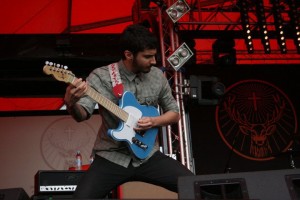 “Seagraves” is a two-minute calm and contemplative clean instrumental that ushers in the final track, “Grind the Ocean”. As seems to be true of many albums in modern metal, TSF have chosen as their last song an excellent sonic summary of all the album has been about. It’s also the album’s most progressive song. The riffs are smart and intriguing, the vocal melodies (when McWeeny isn’t yelling his lungs out) are captivating, and there is a lot of messing with odd time signatures and rhythmic displacement, all accompanied by clean sections that make one think of Cynic quite a bit. The climactic latter half of the song is enrapturing, a syncopated assault of melodic chords and a badass dual-guitar counterpoint lead-fest that fades out as the song ends.

The performances on this album are phenomenal. As far as vocalists go in music of this vein, Sean McWeeney is undoubtedly one of the best, if not the best currently out there. His clean vocals have a distinctive calming quality, while his hardcore-styled yelling is grating in a violent and raw way that provides superb contrast to his soothing melodies.

Guitarists Joaquin Ardiles and Derya “Dez” Nagle are a stellar guitar duo who’ve got a bright future ahead of them. Suffice it to say that some of the shit they do on this album is just really fucking cool. They create tons of memorable moments on the guitar front, whether it be their intensely complex yet gentle clean pieces or their lighting-the-fretboards-on-fire with burning acrobatics. The solos fucking blow me away with their tastefulness and speed; they make the guitar sound as if it’s literally on fire.

The rhythm section of Lori Peri on bass and Calvin Smith on drums is also really something. Calvin Smith, much like Christian Schreil, who I praised in my review of Uneven Structure’s debut, has a laid-back attack that somehow still maintains a crushing intensity. Lori Peri is quite the bassist, serving the music well with complementary bass lines of a genuinely soulful sort, bringing in more of the jazz touches that the band as a whole often embrace. 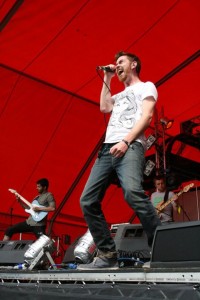 The mix on Grind The Ocean is top-notch, engineered mostly for clarity. The guitar tone, the drums, and the vocals are all crystal clear and articulated, even though they still manage to set the world ablaze with their wave forms. It’s not what I will call a mix that stands out, but it didn’t need to. It’s obvious to me that communicating the music was more important than using the mix to add to the identity of the band’s sound.

Grind The Ocean is not in my Top 10 of the year, but I will nonetheless deem it essential. These guys are doing something different and interesting. If they evolve along the right path, you may very well see them on a Top 10 list of mine down the line when new material comes. This is an extremely talented band that I didn’t fall for immediately. It wasn’t until I saw them live that I was able to appreciate and understand what they were doing. Now I’m in love with this record. Support these guys — seriously. Buy this album.

EDITOR’S NOTE: Grind the Ocean is available now from InsideOut Music. For more info about the band, check out these links, after which you’ll find some of the album’s songs, two of which are official videos:

3 Responses to “THE SAFETY FIRE: “GRIND THE OCEAN””