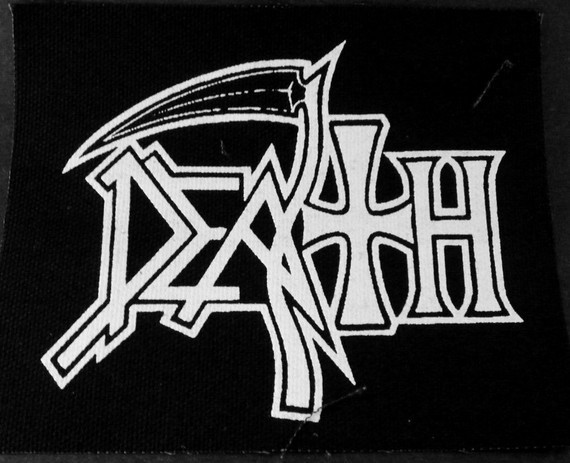 In September 2010, I wrote a post about metal band names called “What’s In A Name?”. The point of the post was to pick out some badass metal names and some not-so-great ones and to ponder the connection (if any) between cool band names and the music. I categorized some of the evidence into groups — the ass-kicking bands with ass-kicking names, the ass-kicking bands that have succeeded despite piss-poor names, and the bands whose names are just . . . perplexing.

Yesterday, Full Metal Attorney (FMA) posted a piece on his blog called “What’s In A Name?”, and that seemed like a good excuse for revisiting the subject of metal band names. He makes the point that band names DO MATTER — they’re part of a band’s identity and part of the whole “marketing package” that would also include logos, album art, and of course the music itself.

He argues that band names have a lot to do with whether new listeners are likely to check out the bands’ music in the first place: As he points out, some band names are just silly (e.g., Weekend Nachos) and may deter listeners from exploring what the bands have to offer, even when the music may be right up the listener’s alley, while other band names (e.g., Autopsy) are both memorable and almost perfectly descriptive of a band’s musical style.

He also describes some persuasive factors that make a band name good, and not so good, and then he comes up with his list of the Ten Best Metal Band Names.

I think it’s a good list, but I also wonder how much the selection was subconsciously influenced by knowledge of the band’s music; almost every band on the list has, at one time or another, made a big mark on metal. In fact, I’d venture to say that all of them, with the exception of White Zombie, were/are iconic forces in the development of metal (and I’m sure someone out there would argue that White Zombie were, too). But I’d agree that the band names really are good, too. I like to believe I’d reach that conclusion even if I knew nothing about the music.

I also agree with FMA’s criteria for what makes a good metal band name. One of those criteria is that the name should be Google-able, which means people need to be able to spell your name (which, for example, is a problem for bands who use the dreaded “AE” construct, such as Allegaeon, Aegaeon, and Anachronaeon — and those are just bands whose names begin with “A”). It also means that your name shouldn’t be a common word, at least until you get really well known.

The following are some great one-word band names (and yes, one-word names are best), but they would have run afoul of this no-common-words criterion, at least until the bands became well known. Undoubtedly, I’m being subconsciously influenced to a degree by the fact that many of these bands have achieved legendary status, plus I love their music:

And of course let’s not forget the kingpin of great band names, which clearly would have violated the Google-able rule until the band became legendary: Death

You can avoid the Google-able problem before you get famous by taking common words and changing the spelling a bit, as Kataklysm and Amorphis did (and those are certainly good names). And you can pick one-word names that are badass because of what (or who) they refer to, as Bathory and Gojira did. Or you make up words that are memorable and sound sick even though they have no clear meaning, as Gorguts, Cryptopsy, Goatwhore, and deafheaven did. Or you can take your chances with one-word names that really don’t sound metal (and would be confusing to most people), until the music makes them stand out, as Meshuggah and Opeth did.

And if you thought all the really good one-word band names were all taken, think harder.  Sexcrement thought harder.

But let’s get back to FMA’s list. Are these really the Ten Best Metal Band Names ever? Seems like that’s a question which deserves discussion. So please check out FMA’s list here, and then let us know other names that you think belong on a “Best Name” list — whether the music deserves to be on a “Best Of” list or not.

And I’m also still interested in the converse question: What are examples of bands who have created great music but have awful names, even to the point of demanding acronyms? And don’t mention Strapping Young Lad and Between the Buried and Me, because I just did that, didn’t I?

Put your thinking caps on (the ones with the propellers on top), and have at it.