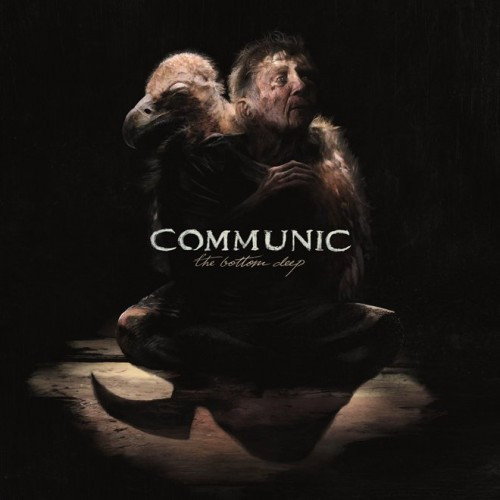 My personal listening prejudices are spread in big spiky letters across the top of every NCS page. I’m not here to defend them, because I know it’s a matter of personal taste. It’s simply a fact: I just really and truly prefer not to have much, if any, clean singing in metal.

But at this site we do have Exceptions to the Rule. Some of our other writers invoke Exceptions because sometimes they genuinely enjoy the clean singing found on some albums. I usually invoke it when I like everything else about the music, and the everything else is so strong that it outweighs the vocals. That was my reaction when I saw and heard the new video that Norway’s Communic released today.

The song is “Facing Tomorrow”, and it appears on the band’s 2011 album The Bottom Deep. Andy Synn reviewed the album here, and he made Communic the subject of a SYNN REPORT here. I’ve heard the song once before, back when Andy reviewed the album, but I don’t think I had the volume turned loud enough back then. I really cranked the mother up when watching the video this time.

I would be plenty happy with this song if it consisted of nothing more than the intro and the finish, because the riffage and the drummage are stupendous — pulverizing, physically compelling, and heavier than a truckload of paving stones.

I recognize that Oddleif Stensland has a good voice, and it’s less cheesy than the typical power-metal vocals that make me want to shove icepicks in my eardrums. However, with the exception of a very few moments, I honestly can’t say that it’s part of this song’s attraction (to me). But everything else in the song I find really appealing. It pops open a drum of industrial-strength headbang and proceeds to pour it on — plus the lead guitar lines and soloing sketch some interesting flourishes.

The visual metaphor of burying yourself that appears in the video seems appropriate. The instrumental music in this song certainly buried me. Have at it.  Comments are welcome, as usual.  (Communic are located on Facebook here.)