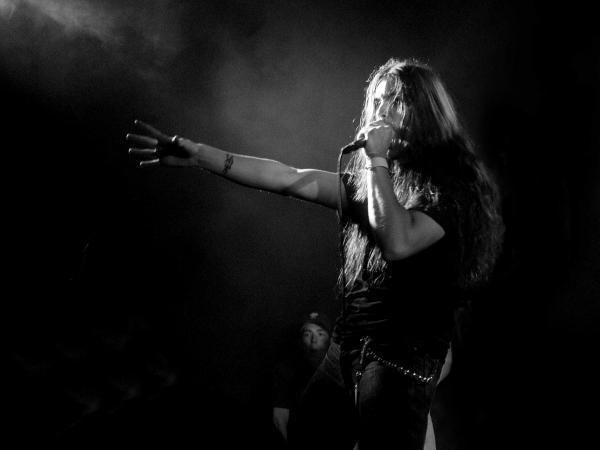 Andy Synn posted on NCS not long ago about a brief video teaser that suggested something is in the works concerning Norway’s Extol — a beloved metal band who have been on indefinite hiatus, with their last album released in 2005. The first teaser appeared on a Norwegian-registered web site called extolfilm.com.

This afternoon, “extolfilm” left a comment on Andy’s post tipping us to the fact that a second teaser has now appeared on the extolfilm.com site. Based on the latest teaser clip, it’s looking increasingly likely that what’s in the works is a documentary about the band, or at least a DVD compendium of live performances and commentary by others, because the clip features people talking about Extol. We don’t know who’s talking, because their heads aren’t shown in the clip (you can imagine why this was attractive to me).

Now, of course, even if this is a documentary or performance DVD, there might still be new music — or there might not be.  We shall continue to snoop around, because “nosy” is our middle name, and to report anything more concrete that may eventually surface. You can watch the latest piece of video titillation after the jump.

And for the hell of it, we’ll have some Extol music after the jump, too.

And now some Extol music, from early to late:

“From the Everyday Mountain Top” – The Blueprint Dives (2005)

[audio:https://www.nocleansinging.com/wp-content/uploads/2012/05/05-From-The-Everyday-Mountain-Top.mp3|titles=Extol – From The Everyday Mountain Top]