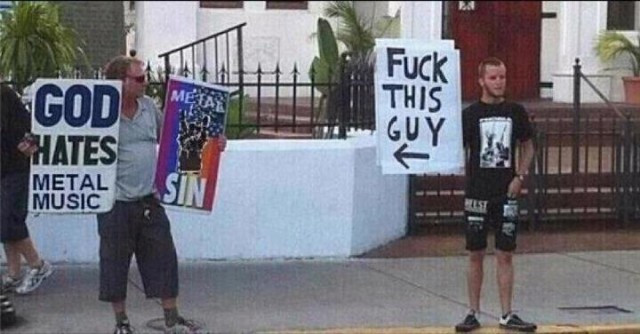 I saw this on a friend’s FB status. Too damn good not to share. 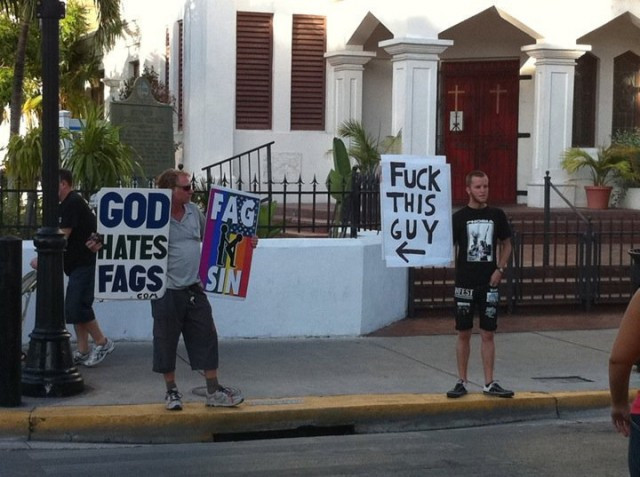 Hell, for all I know, the second one was Photoshopped, too.  Regardless, it’s also awesome.  I’m all in favor of reasoned, dispassionate, intelligent discourse about the issues of the day.  But sometimes you just gotta say Fuck This Guy, which is a sentiment I’ve been having a lot since seeing some of the predictable right-wing reactions to President Obama’s coming out in support of gay marriage.

I don’t have anything reasoned, dispassionate, or intelligent to say about the reasons why gay people should be allowed to marry — or at least nothing that hasn’t already been said much more eloquently by others. Plus, no one comes to NCS for political commentary anyway. Plus, I suspect that for the great majority of people who read this blog, I’d be preaching to the choir.

So I’ll just close this post by giving you what you do come here for, which is some new metal — about which I’ll have more to say shortly. This is Ilsa, from D.C., and it’s a new song called “Deadbeat’s Ballad” from a forthcoming 12″ with the wonderful name of Intoxicantation. It’s a crushing, neck-snapping concoction of death/doom and crust. Bang yo head.

16 Responses to “PHOTOSHOPPING (AND ILSA) FTW”