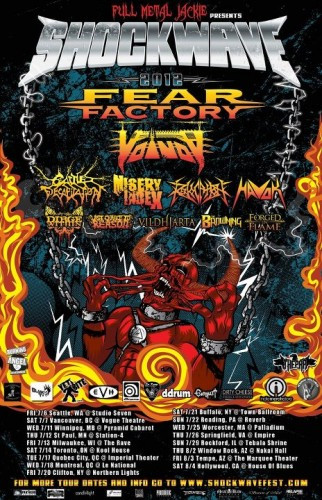 (I just want to apologize in advance for the fact that Phro chose to use the privilege of having the following piece posted at NCS to write in graphic detail about fucking your mom. Because I know he would never say things like this about my mom.)

Ugg. It’s that time of year again. The sun is staying up longer, the temperatures are getting higher, the high school students who smoke dog turds and put bags of flaming pot on my porch have more free time, and, apparently, metalheads will soon be venturing out of their caves to do horrible things with their penises and vaginas in large groups. I suppose it’ll be like Woodstock, but without all the hippies with their long hair and drugs. Oh. Wait. Nevermind.

So, like a good Phro should (according to his mommy…hi, mom!), I’ve found some tours and the bands playing them and analyzed their names. I’m kinda like Tom Hanks in that one movie about Jesus having sex with the Pope crossed with Phillip Seymour Hoffman in that movie where he huffs gas fumes. Now, before we go on, I just have to say that huffing gas fumes is a horrible, horrible idea when smoking pot. There are just some things that you shouldn’t multi-task. One drug at a time, kids.

Also, I got really drunk and fucked your mom last night. Happy Mother’s Day! (I told her it was a present from you. Kinda like this.)

First, apparently there’s a Shockwave Tour. What a stupid fucking name. How about calling it the Brown Note Tour and handing out bullhorns for the audience to fart into?

Fear Factory – What I call my ass when I get morning-after-binge-drinking-until-I-black-out-and-puke shits.

Voivod – The name of the pit in my stomach into which nothing will go without getting vomited back out.

Cattle Decapitation – What I’d rather happen to me than wake up to this hangover again.

Misery Index – What my throat ranks highest on this morning.

Revocation – What should probably happen to my buying-booze-and-fucking-your-mom-in-the-ass-license.

Havok – What I wanted to wreak on the world last night, but what is now being wreaked on my bleeding anus.

Dirge Within – The music made when my perforated stomach lining let’s gas out the wrong hole.

Last Chance to Reason – What that last shot of Jack never gave me.

Vildhjarta – What I think I was screaming at the male hooker trying to steal my wallet with a cattle prod.

The Browning – The kind of shit I took on your mom’s chest when she flashed her lop-sided boobs at me.

What’s next? Summer Slaughter? Really? REALLY???  Why not just call it “seasonal clichés?” 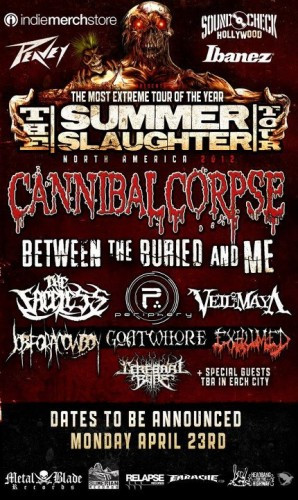 Between The Buried And Me – Where I now wish I had put my dick instead of fucking your mom.

Job For A Cowboy – What fucking your mom is.

Periphery – Where I think I’ll find my dignity after fucking your mom.

The Faceless – What everyone around me became after that 6th shot of Jack in 30 minutes.

Veil of Maya – What I regret wearing while puking inside of.

Goatwhore – What I’d rather fuck than fucking your mom a seventh time.

Exhumed – The kind of squirrel that your mom’s vagoo smelled like when I went down on her.

Cerebral Bore – What I want to use on myself so I can make my head stop feeling like there’s a flock of seagulls shitting on everything inside of it.

Okay, well, that was unpleasant. Shit. What’s the…goddamnit. Slaughter Survivors? More like “the marketing department got downsized, so we’re letting the day care center come up with names” Survivor. 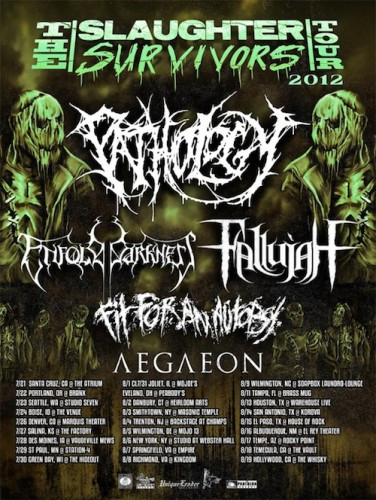 Pathology – The kind of expert I need to cure whatever your mom gave me last night when you were at your friend’s house playing Uno.

Enfold Darkness – When I black out and start rubbing my dick on beardos to see if I can get enough friction to make my dick spontaneously burst into flame.

Fallujah – The only place less safe than putting my dick in your mom’s vagoo.

Fit For An Autopsy – Your mom’s vagoo and the squirrel she’s hiding up there. (That little fucker bit my dick last night!)

Aegaeon – What it’s like being on when trying to breathe when your mom shoves her vagoo in my face.

Oh, good, one tour left. Almost done. I’m sure they saved the best for…Oh, for fuck’s sake, just call yourself the Port-o-potty Tour and get it over with! 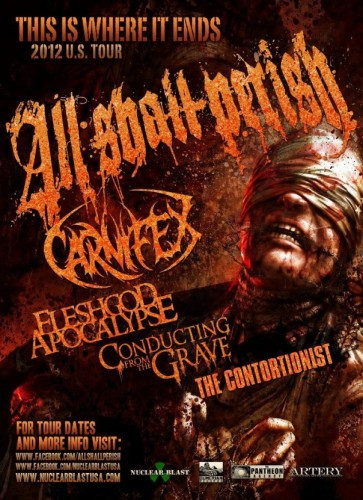 THIS IS WHERE IT ENDS

All Shall Perish – What can be said of the sperm I explosively ejaculated into your mom stink hole like a dirty nuclear warhead exploding in Russia.

Carnifex – Who I should call to have this fucking headache dealt with.

Fleshgod Apocalypse – What my dick feels like after fucking your mom.

The Contortionist – What it was like trying to get my dick back out of your mom’s Hoover-vagoo.

Conducting From the Grave – What it felt like I was doing after puking so hard I had to go to the emergency room to have my intestines put back into place.

Awaiting The Apocalypse – What I’m doing now that I realize I’m your long lost brother.

31 Responses to “BAND NAMES, BOOZE, AND YOUR MOM”