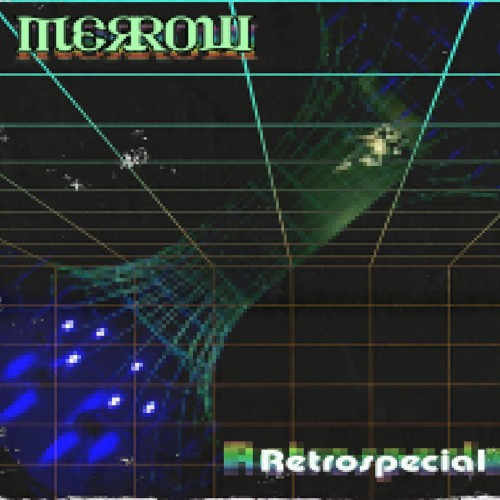 (Here’s TheMadIsraeli’s review of the latest collection of music from that creative dynamo, Keith Merrow.)

I think we need to establish one thing before we start here:  Keith Merrow is the fucking shit.

Not only is the man an exceptional example of a DIY tour de force, an excellent composer, and a terrific guy, he writes some of the most intelligent metal to be found right now.  It’s been a minute since we’ve heard anything new from him, and fortunately, new shit is here in the form of his latest EP, Retrospecial.

You all might remember my review of the debut album of his death metal project Demisery.  Well, it appears that a good deal of Demisery’s old school death metal leanings have rubbed off on Merrow here.  You will still find a ton of the trademark groove and the particular technicality his music has been known for, but it’s distinctly less melodic and groovy this time around.  Song structures are also quite a bit more progressive than before.

The EP is a mixed bag of goodies with five new songs, two re-recordings of older songs from his catalog, and a Castlevania cover.  I am only going to focus on the new songs that are entirely original on this release. I really don’t see a point in speaking about the re-recorded songs, except to say that they still rule and the new mix befits them quite nicely.  (He redid “Andromeda” as well as recording a new version of “Pillars of Creation” called “Pillars of Re-creation”.) 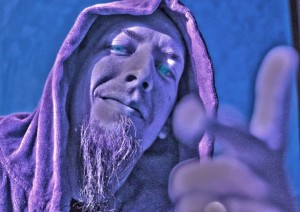 The opener “Spice Dealer” is an immediate ear-catcher, with a very distinct Arabic theme to its mood and melodies, combined with sound technical riffing that calls to mind technical groove metal ala Nevermore.  Which is a bit of hilarity by the way, since the solo on the song is played by JEFF FUCKING LOOMIS.  The song straddles back and forth between technical noodily attacks and assaults of death metal blitzkriegs accompanied by the appropriate blasting. It’s a real dazzler of an opener for sure.  Jeff Loomis’s solo on the track, as per the usual, is ace.

“Top-Romulan” showcases more of the death metal influences; it’s a blistering tune that I think is going to remind people of Nile quite a bit.  The riffs are fast, frenzied, and really fucking meaty.  The number of transitions is  dazzling, and the song is a bit more experimental overall compared to Merrow’s previous work.  It ends on an oddly melodic note, though, with a short solo that sort of throws it all out of whack — but in a good way.

“N.O.o.B.E” is a melodic piece with the feel and cadence of a ballroom dance.  It’s loaded with melodic riffs and sounds almost like Merrow’s take on a melodic death metal tune.  It’s got badass dual guitar work and VERY cool sci-fi-styled synths involved as well.  Lots of neo-classical melodic elements are present, especially in the lead work and solos of the song.  It’s definitely cool, and also something different from Merrow’s usual fare.

“Maximilian” is Keith Merrow doing what he does best:  Solid technical groove.  The futuristic synth intro sets the tone of the song perfectly, with its melodic, nuanced main riff and eerie melodies laid over it.  The riffs in this song are particularly massive yet intricate.  It also includes a stunning solo by Merrow’s fellow Demisery member Gord Olson.

“Andromeda II” has some of the best riffs on the EP. It feels like a definite successor to the original track, bringing forth groovy riffs and technical wizardry that suggest the previous song yet create the new one’s own feel. The song’s blazing solo is performed by YouTube guitar sensation Ola Englund of Feared. 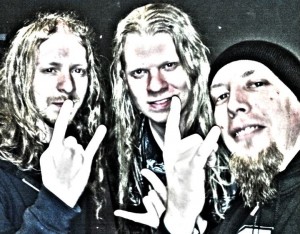 The re-recordings of the old songs are good, breathing new life into the compositions with the improved, stellar mix on the EP.  The Castlevania theme cover is both fun and badass at the same time, even if it is only two minutes in length.  What the re-recordings do demonstrate is how good the mix on this particular EP is.  I can only describe it as being very crisp.  Everything is sharp and precise sounding, with a balance between heaviness and clarity that feels downright calculated to the finest detail.  Definitely the best mix he’s had up to this point in his material.

If you’re a fan of Keith Merrow’s work already, I really shouldn’t have to sell you on this, but if you’ve never heard his music, I’d say this EP is a good starting point.  You can pick it up for a choose-your-own-price option at the link below.  Hope you enjoy it.  I will include videos of Merrow playing through “Spice Dealer” and “Top-Romulan” respectively as well.