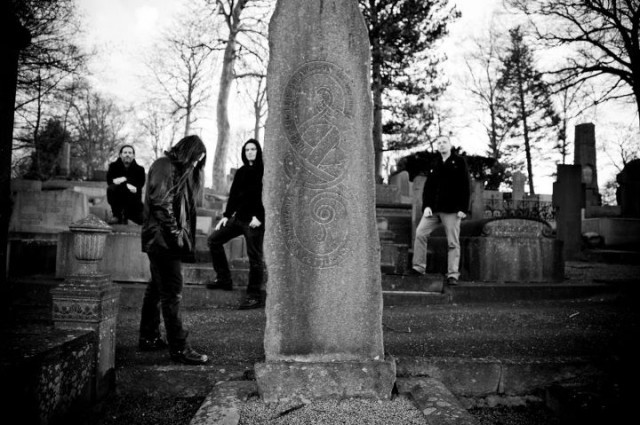 The last time I posted about Agalloch’s summer North American tour with Taurus, I only had 10 dates.  Now the band have made an official announcement, and virtually the entire schedule has become available. In the comments to the last post, a few of you were bemoaning the lack of Denver and Phillie dates, among others. Well, fret no more. Those cities are included, along with a bunch more.

Here’s the official announcement, and the schedule is after the jump.

“AGALLOCH have announced a massive North American tour this summer that they will be embarking on. Support on all dates will come from Taurus which features Stevie Floyd of DARK CASTLE.  The band have also been confirmed to play this year’s Noctis Fest which will be taking place on Sept 28th/29th in Calgary, Alberta. A statement from the band reads as follows:

“This tour will mark the release of our recently recorded EP “Faustian Echoes” on both LP and CD.  We have taken great care in the design of this release.  Sometime before the tour we will have both a streaming and digital download option available.  However, the LP and CD versions will only be available at the shows during the dates on the tour and will be available via mail order after the tour.  We will be adding material (both new and old) to our set list and depending on stage time we anticipate playing between 90-120 minutes.  The set will rotate each night.  We have carefully selected local openers whose music fits the environment of an Agalloch show.  Where there are no openers selected, we will play nearly 120 minutes.  We are all personal fans of the openers and encourage everyone to show up early to see them.  We will have a variety of merchandise for sale including: 2 new shirt designs, our back catalog, “The Demonstration Archive,” “Marrow of the Spirit” vinyl, a tour poster by Stevie Floyd, original photographic prints by Veleda Thorsson, and various other odds and ends.”

“The dates go as follows and the TBA’s will be updated once things are finalized: