That band is Mammoth Mammoth. I like that video.  It was filmed at Cherry Bar in Melbourne Australia. I had to watch it because I saw this description:

“Mammoth Mammoth have just released a new video called “Hell’s Likely” from their new upcoming album, Hell’s Likely. After an epic 13 day DMT bender in an abandoned women’s mental institution, MAMMOTH MAMMOTH emerge with a new album not only ripped straight from the bucket bong, but straight from Satan’s anus too. They’re releasing a limited edition vinyl LP each individually cursed by a one breasted Haitian voodoo priestess.  Pre-sales available at mammothmammoth.com with official launch date of June 1st.”

I generally enjoy music straight from Satan’s anus. However, I’m just getting warmed up, because I suspect that kind of song still isn’t really what you come here to find.

That band was Grifter (UK), and the song is “A Good Day For Bad News”, from their 2011 self-titled debut album. Apparently, the song will be the official theme song for this season’s edition of a tv show called Dog, The Bounty Hunter. Supposedly, the song will be available for free download at The Soda Shop, but I don’t see it there yet.

Too stoner?  Still not heavy enough for you?  Man, some people are hard to please.  Well, let’s turn up the heavy dial a few notches with some down-tuned sub-groove:

As you can see, that was a song by a band called Dust (Germany), from an album titled Distortion Empire, which came out in late March 2012 and can be streamed in full on Bandcamp here. Here’s the fetching album cover: 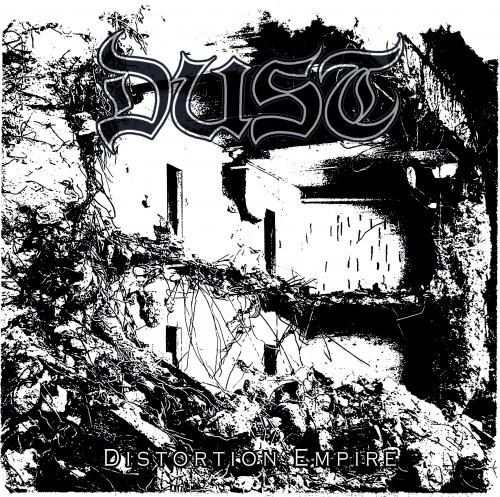 So, wat’d ya think of that?  Am I headed in the right direction?  Still not heavy enough?

OK, I think I got just what you need now, to cap off this musical journey. If this don’t wreck your fuckin’ head, then I give up. It sure as hell wrecked mine.

You might recognize the album art. It’s by Marco Hasman. I wrote a post back in February about this band — Visceral Throne — before this album had come out, just based on the album art and two demo songs by the band. The album, Omnipotent Asperity, is now out on the Brutal Bands label, and this song, “The Amaranthine”, is the album’s first track. It debuted yesterday.

(By the way, the first band in this post is Pomplamoose. I think the video would have been better if that cutie vocalist had started shrieking the chorus like Grace Perry. You can buy their hipster shit here. They also selling that “Beat It” cover on iTunes. You can breathe easy, because they don’t seem to be covering metal songs . . . yet.)

4 Responses to “BEAT THIS”